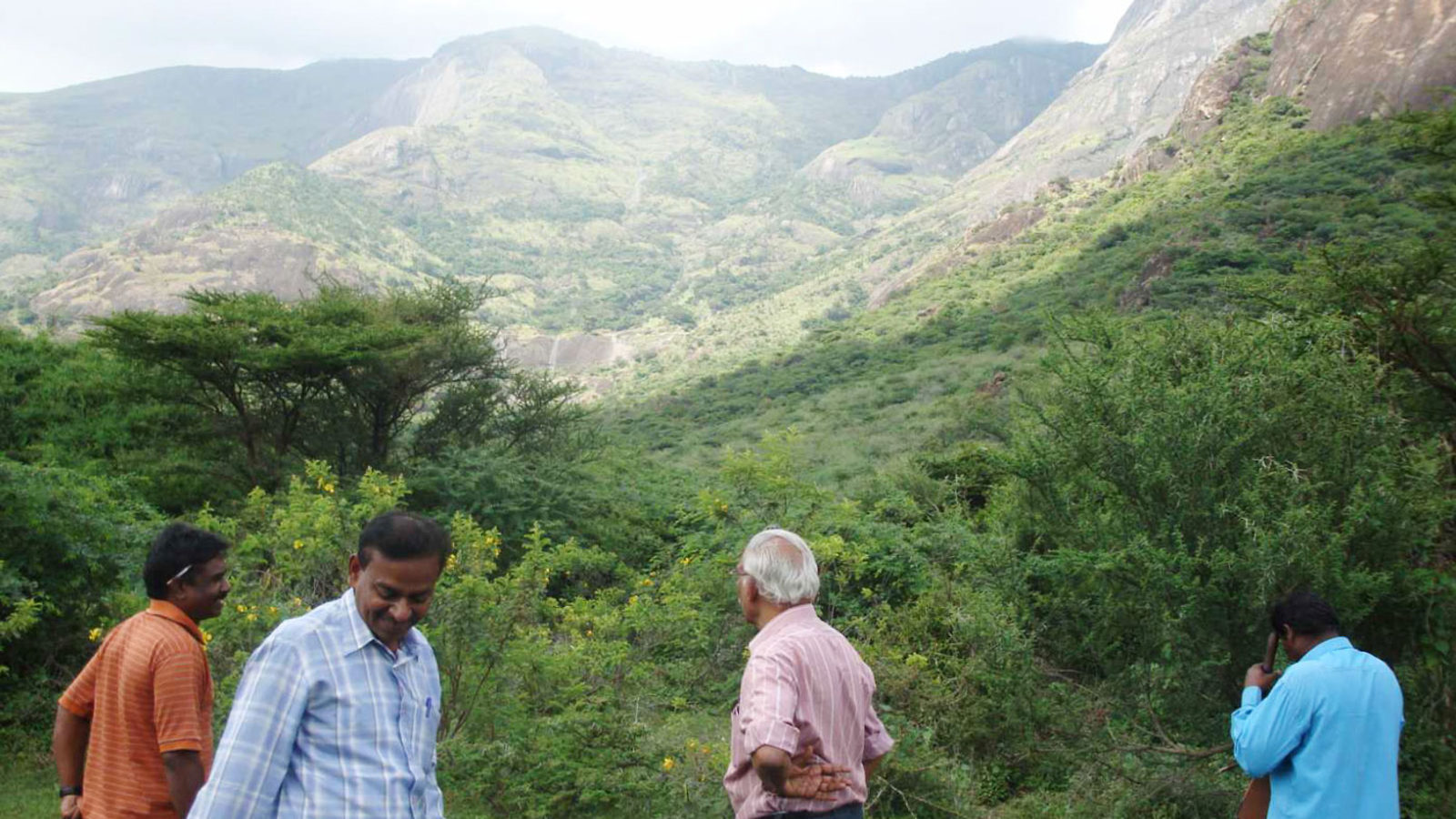 Pottipuram, a village in southern India, is mostly known for its farming. Goats graze on the mountains and fields yield modest harvests of millets and pulses.

Earlier this year, Pottipuram became known for something else: The government announced that, nearby, scientists will construct a new research facility that will advance particle physics in India.

A legacy of discovery

From 1951 to 1992, Indian scientists studied neutrinos and muons in a facility located deep within what was then one of the largest active gold mines in the world, the Kolar Gold Fields.

The lab hosted international collaborations, including one that discovered atmospheric neutrinos—elusive particles that shoot out of collisions between cosmic rays and our atmosphere. The underground facility also served as a training ground for young and aspiring particle physicists.

But when the gold reserves dwindled, the mining operations pulled out. And the lab, unable to maintain a vast network of tunnels on its own, shut down, too. Indian particle physicists who wanted to do science in their country had to switch to a related field, such as nuclear physics or materials science.

Almost immediately after the closure of the Kolar lab, plans began to take shape to build a new place to study fundamental particles and forces. Physicist Naba Mondal of the Tata Institute of Fundamental Research in Mumbai, who had researched at Kolar, worked with other scientists to build a collaboration—informally at first, and then officially in 2002. They now count as partners scientists from 21 universities and research institutions across India.

The facility they plan to build is called the India-based Neutrino Observatory.

Mondal, who leads the INO collaboration, has high hopes the facility will give Indian particle physics students the chance to do first-class research at home.

“They can't all go to CERN or Fermilab,” he says. “If we want to attract them to science, we have to have experimental facilities right here in the country.” 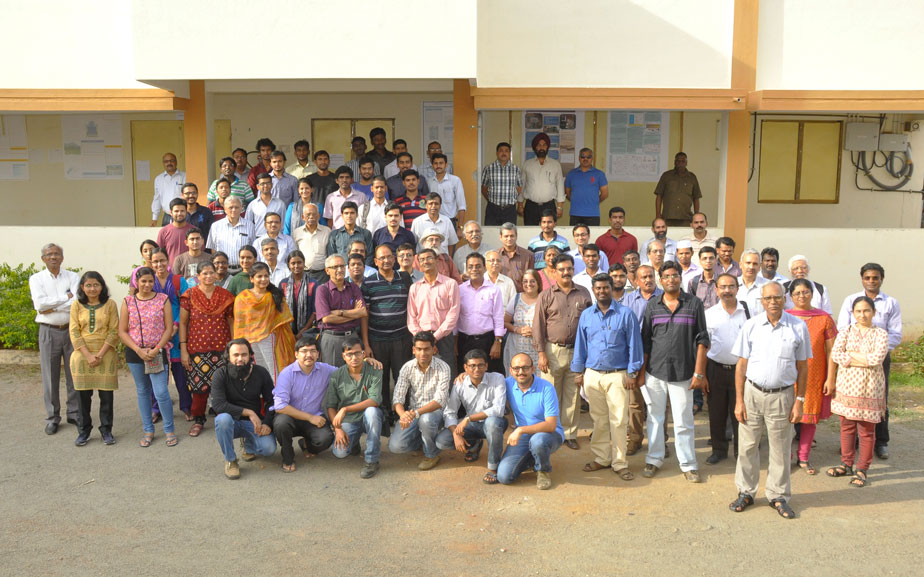 Neutrinos are produced by a variety of processes in nature and hardly ever interact with other matter; they are constantly streaming through us. But they’re not the only particles raining down on us from space. There are also protons and atomic nuclei coming from cosmic rays.

To study neutrinos, scientists need a way to pick them out from the crowd. INO scientists want to do this by building their detectors inside a mountain, shielded by layers of rock that can stop cosmic ray particles but not the slippery neutrinos.

Rock is especially dense in the remote, monolithic hills near Pottipuram. So, the scientists set about asking the village for their blessing to build there.

This posed a challenge to Mondal. India is a large country with 22 recognized regional languages. Mondal grew up in West Bengal, near Kolkata, more than 1200 miles away from Pottipuram and speaks Bengali, Hindi and English. The residents of Pottipuram speak Tamil.

Luckily, some of Mondal’s colleagues speak Tamil, too.

One such colleague is D. Indumathi of the Institute of Mathematical Sciences in Chennai. Indumathi spent more than 5 years coordinating a physics subgroup working on designing INO’s proposed main detector, a 50,000-ton, magnetized stack of iron plates and scintillator. But her abilities and interests extend beyond the pure physics of the project.

“I like talking about science to people,” she says. “I get very involved, and I am very passionate about it. So in that sense [outreach] was also a role that I could naturally take up.”

She spent about one year talking with residents of Pottipuram, fielding questions about whether the experiment would produce a radiation hazard (it won’t) and whether the goats would continue to have access to the mountain (they will). In the end, the village consented to the construction. 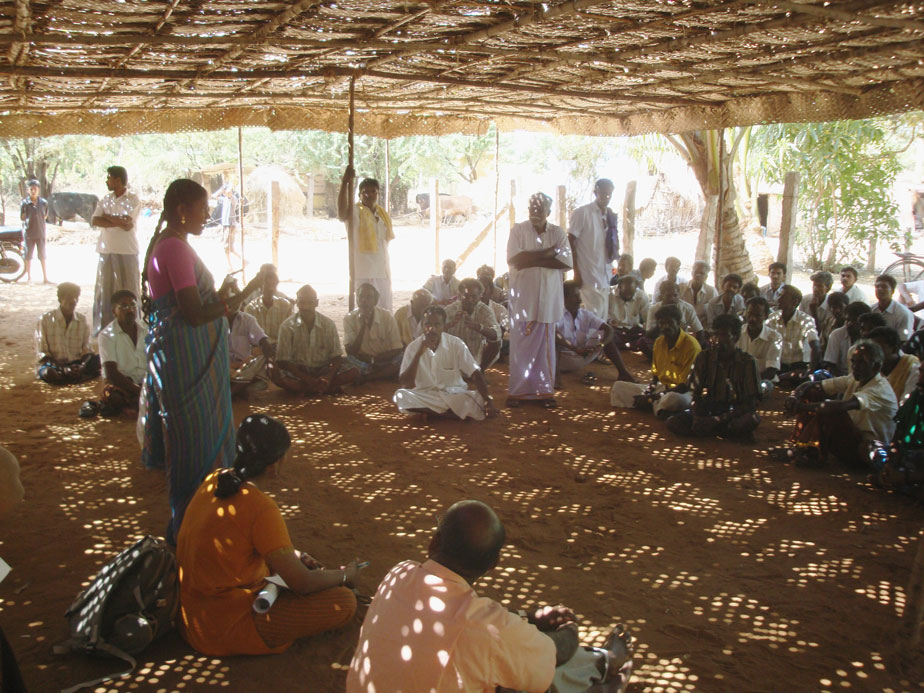 Neutrino physics for a new generation

Young people have shown the most interest in INO, Indumathi says. Students in both college and high school are tantalized by these particles that might throw light on yet unanswered questions about the evolution of the universe. They enjoy discussing research ideas that haven’t even found their way into their textbooks.

“[There] is a tremendous feeling of wanting to participate—to be a part of this lab that is going to come up in their midst,” Indumathi says.

Student S. Pethuraj, from another village in Tamil Nadu, first heard about INO when he attended a series of lectures by Mondal and other scientists in his second year of what was supposed to be a terminal master’s degree at Madurai Kamaraj University.

Pethuraj connected with the professors and arranged to take a winter course from them on particle physics.

“After their lectures my mind was fully trapped in particle physics,” he says.

Pethuraj applied and was accepted to a PhD program expressly designed as preparation for INO studies at the Tata Institute for Fundamental Research. He is now completing coursework.

“INO is giving me cutting-edge research experience in experimental physics and instrumentation,” he says. “This experience creates in me a lot of confidence in handling and understanding the experiments.”

Other young people are getting involved with engineering at INO. The collaboration has already hired recent graduates to help design the many intricate detector systems involved in such a massive undertaking.

The impact of the INO will only increase after its construction, especially for those who will have the lab in their backyard, Mondal says.

“The students from the area—they will visit and talk to the scientists there and get an idea about how science is being done,” he says. “That will change even the culture of doing science.”