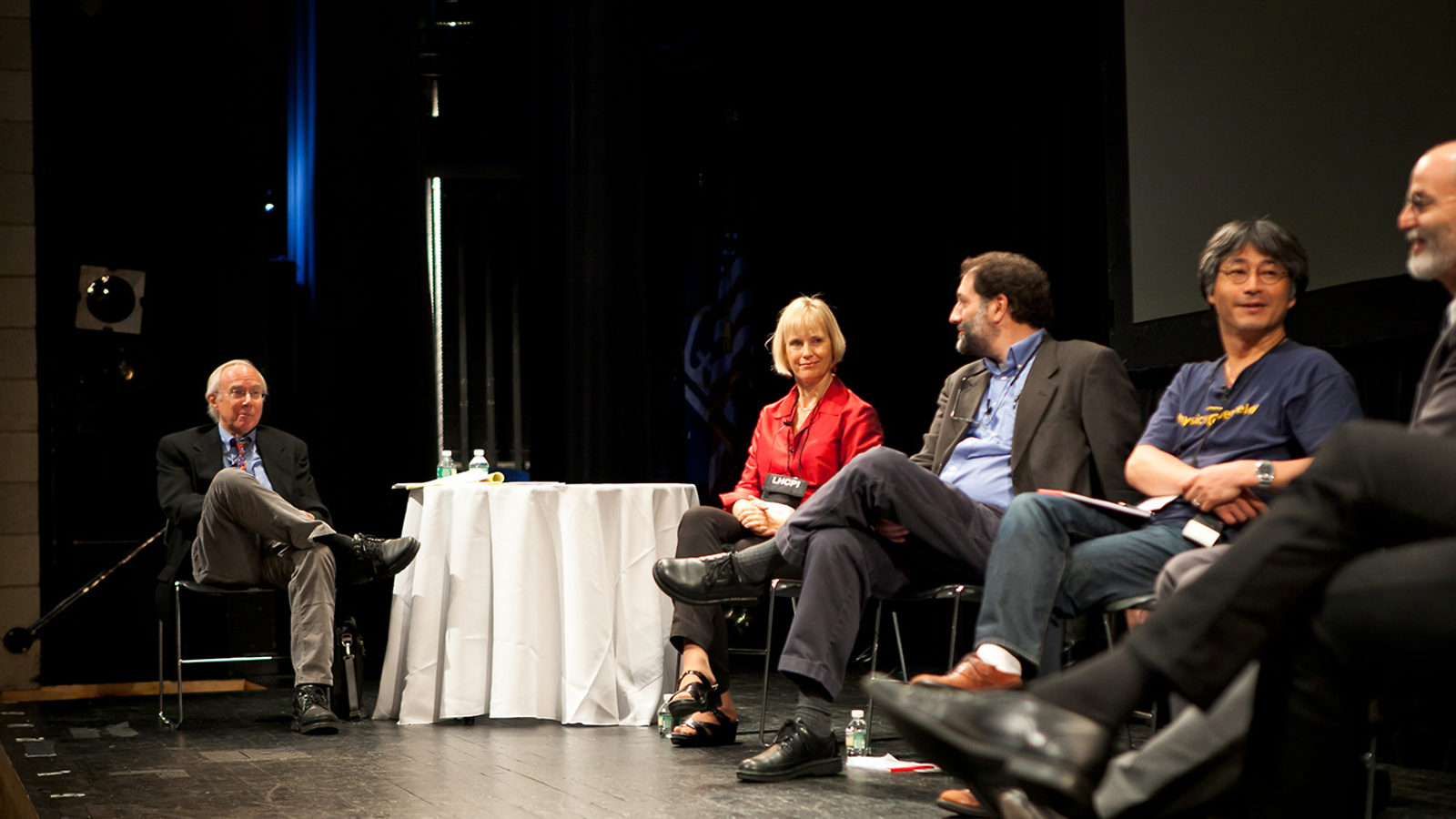 In the late 1800s, many scientists thought that the major laws of physics had been discovered—that all that remained to be resolved were a few minor details.

Then in 1896 came the discovery of the first fundamental particle, the electron, followed by the discovery of atomic nuclei and revolutions in quantum physics and relativity. Modern particle physics had just begun, said Natalie Roe, the Director of the Physics Division at Lawrence Berkeley National Laboratory, at the recent Large Hadron Collider Physics Conference in New York.

Since then, physicists have discovered a slew of new elementary particles and have developed a model that accurately describes the fundamental components of matter. But this time, they know that there is more left to find—if only they can reach it. In a presentation and a panel discussion chaired by New York Times science reporter Dennis Overbye, experts at the LHCP Conference discussed the future of collider-based particle physics research.

The discovery of a Higgs boson bolstered physicists’ confidence in the Standard Model—our best understanding of matter at its most fundamental level. But the Standard Model does not answer important questions such as why the Higgs boson is so light or why neutrinos have mass, nor does it account for dark matter and dark energy, which astronomical observations indicate make up the majority of the known universe.

“We know that the Standard Model is not a complete theory because many outstanding questions remain,” said CERN physicist Fabiola Gianotti, the former head of the ATLAS experiment at the LHC, at the LHCP Conference. “We must ask, at what energy scales do these questions find their answers?”

The LHC will access an energy level higher than any previous accelerator, up to 13 trillion electronvolts, when it restarts in 2015. Scientists are already thinking about what could come next, such as the proposed International Linear Collider or hadron colliders under discussion in Europe and Asia.

Building any proposed future accelerator will not be easy, “and none of them are cheap,” Gianotti said. However, one should not discount the opportunities that technological advances can afford.

Gianotti pointed out that, in a 1954 presentation to the American Physical Society, Nobel Laureate Enrico Fermi estimated that an accelerator capable of accessing up to an energy of 3 trillion electronvolts would need to encircle the Earth and would cost about $170 billion.

Thanks to the development of colliders and superconducting magnets, the 17-mile-long LHC has reached an energy level more than twice as high for a small fraction of Fermi’s estimated cost.

Whatever the next step may be, physicists must look toward the future as an international community, panelists said.

“The world has become more global, and we have contributed to that,” said Sergio Bertolucci, research director at CERN. “Things have changed.”

According to scientists at the LHCP Conference, the discovery of the Higgs boson by a large international collaboration marked an era in which the big questions are tackled not by one nation, but by a global community.