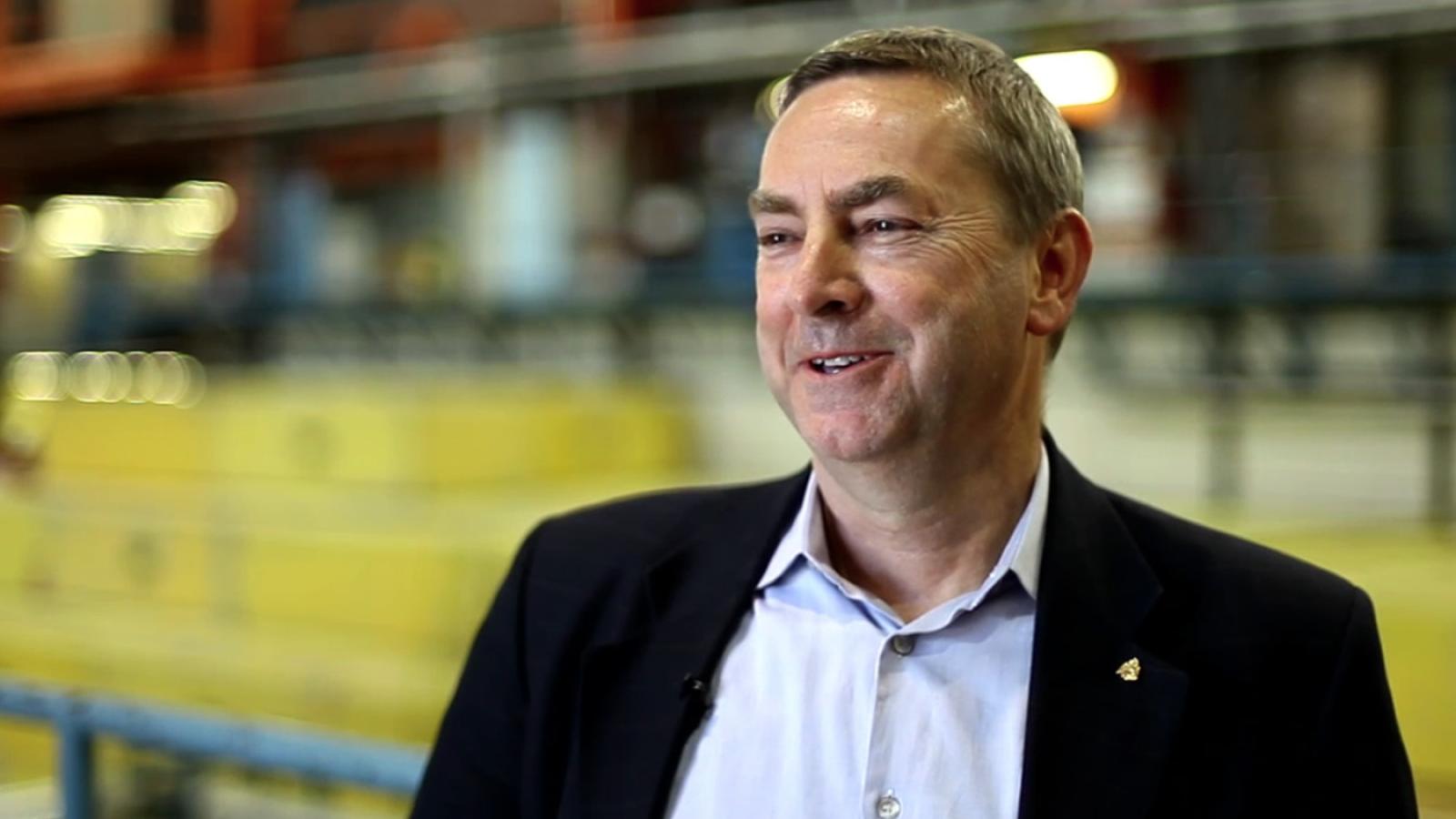 Lockyer will be a familiar face to many at Fermilab. He spent 22 years as a researcher on the Collider Detector at Fermilab, or CDF, experiment at the Tevatron particle collider, starting in 1984. He was co-leader of the 600-member experiment from 2002 to 2004.

Lockyer says he looks forward to reconnecting with former colleagues, to forging closer ties between laboratories in the United States and Canada, and to directing the only US national laboratory solely dedicated to particle physics research.

“The opportunity to lead one of the world’s most prestigious particle physics laboratories was too good to pass up,” Lockyer says. “The future of the field looks to be very exciting; it’s a great time to be a particle physicist.”

The Board of Directors of the Fermi Research Alliance, which operates Fermilab for the US Department of Energy, offered Lockyer the job at the conclusion of a nine-month, international search by a 15-member appointed committee. He will succeed Fermilab Director Pier Oddone, who announced in 2012 that he would retire this year after eight years as director.

"I'm happy to see Nigel will take the helm at Fermilab," Oddone says. "He is quite familiar with the laboratory and will keep Fermilab at the forefront of particle physics research. He has shown immense competence in his job at TRIUMF, stepping out of his comfort zone as a faculty member at the University of Pennsylvania to lead and transform Canada’s particle and nuclear physics laboratory."

The progress TRIUMF has made under Lockyer’s leadership bodes well for the future of the Fermilab program. Since he became director in 2007, TRIUMF has expanded its operations by 25 percent and has established Canada’s first accelerator-science cooperative agreements with Japan, India, China and Korea.

In 2008, TRIUMF established the nonprofit organization Advanced Applied Physics Solutions, dedicated to commercializing innovations from the physical sciences across Canada. In 2009, TRIUMF began operation of TIGRESS, a state-of-the-art gamma-ray spectrometer with which scientists conduct detailed studies of nuclear decays.

This year, TRIUMF received support from the Canadian government to pursue new technology for producing Tc-99m, a medical isotope used to image diseases in about 40 million medical procedures annually. The laboratory developed new cyclotron-based technology that frees medical centers from their current dependence on nuclear reactors to produce the isotopes.

Lockyer boasts impressive scientific credentials as well. In 2006 he won the American Physical Society’s W.K.H. Panofsky Prize for measuring the lifetime of one of the smallest building blocks of the universe, the bottom quark.

Lockyer was born in Scotland and raised in Canada. He earned his undergraduate degree from York University in Toronto in 1975 and his PhD from The Ohio State University in 1980. After that, he spent four years at SLAC National Accelerator Laboratory as a postdoc working with Nobel Laureate Burton Richter, who directed SLAC from 1984 to 1999.

In 1984, Lockyer was hired as a professor of particle physics at the University of Pennsylvania and began work on the CDF experiment. In Pennsylvania, he partnered with the Penn Medical School to work on applications of particle physics in cancer treatment. Lockyer became director of TRIUMF in May 2007 and has worked as a professor at the University of British Columbia during his tenure.

Even before Lockyer gets started at Fermilab, he will have the chance to help shape the future of US particle physics. He will take part in the field’s long-term planning process, a major component of which will take place in Minneapolis in August. But he’s most looking forward to moving the science ahead, he says.

“I would like to help articulate the vision for the US particle physics community, get everyone on board and get started,” he says.

The Fermi Research Alliance (FRA) Board of Directors, which manages and operates Fermi National Accelerator Laboratory, announced that Fermilab Director Pier Oddone has decided to retire after eigh