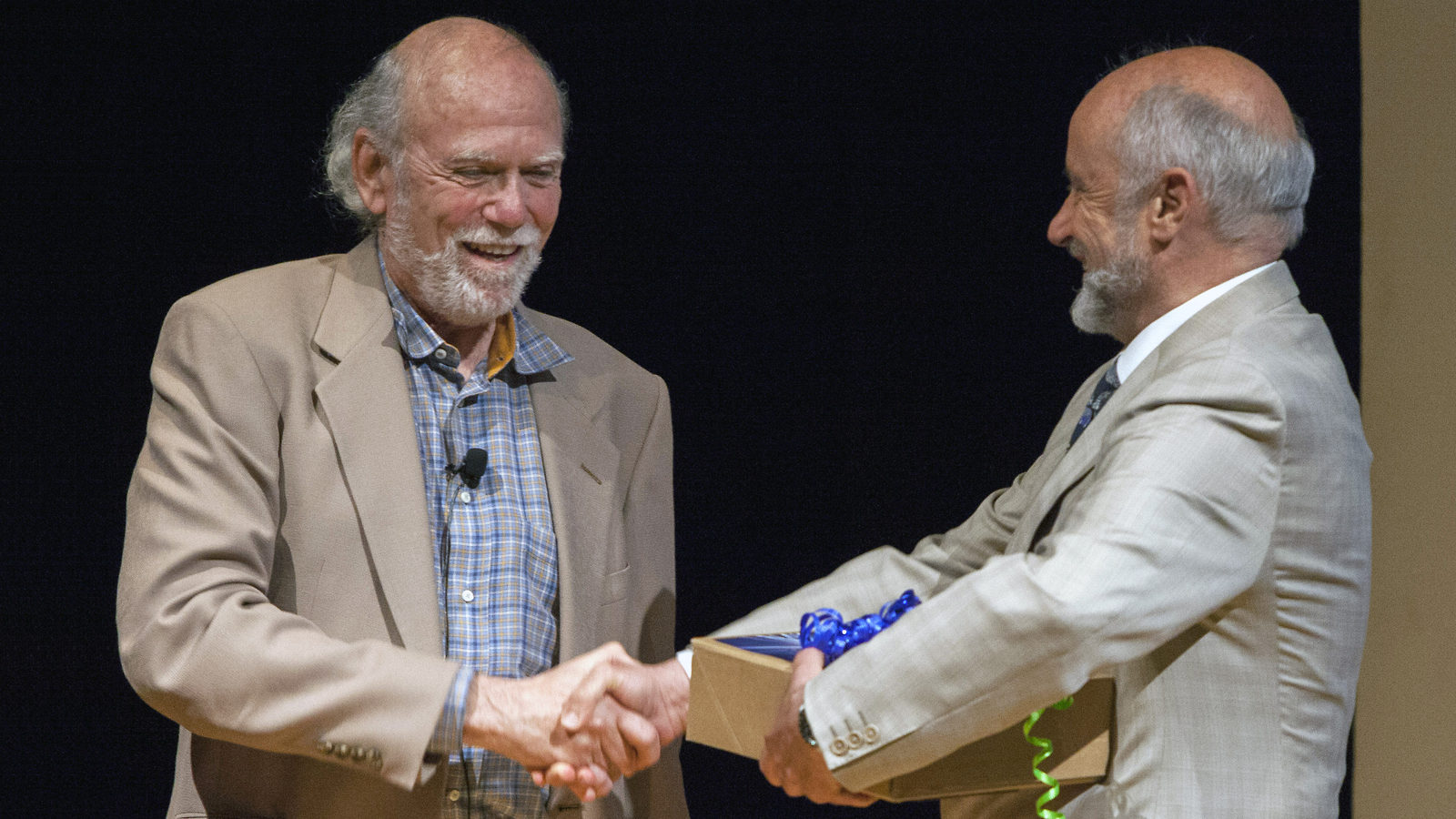 Yesterday, at a series of events held on three continents, scientists celebrated the completion of the design for a next-generation particle collider, the International Linear Collider.

At these events, the ILC Global Design Effort collaboration officially submitted its design of the proposed International Linear Collider to the International Committee for Future Accelerators, the oversight board for projects in particle physics. The completion of the Technical Design Report, a detailed blueprint of the ILC, fulfills the GDE’s mandate to design a collider that would complement and advance the physics of the Large Hadron Collider at CERN.

It was a day the ILC community had been working toward since the GDE was formed in 2005—and thus a day for celebration. True to its commitment to internationality, the ILC collaboration commemorated the achievement with a worldwide party.

On June 12, starting in Tokyo, continuing at CERN and ending at Fermilab, scientists and their guests recognized the success with symposia, public events, receptions and a series of ceremonial handovers of the completed report. The three regions gave each other a virtual handshake by videoconference when one celebration ended in one time zone and the next started in another.

“The Technical Design Report is an impressive piece of work that shows maturity, scrutiny and boldness,” says Lyn Evans, Director of the Linear Collider Collaboration, which oversees the ILC project. “The International Linear Collider should be next on the agenda for global particle physics.” 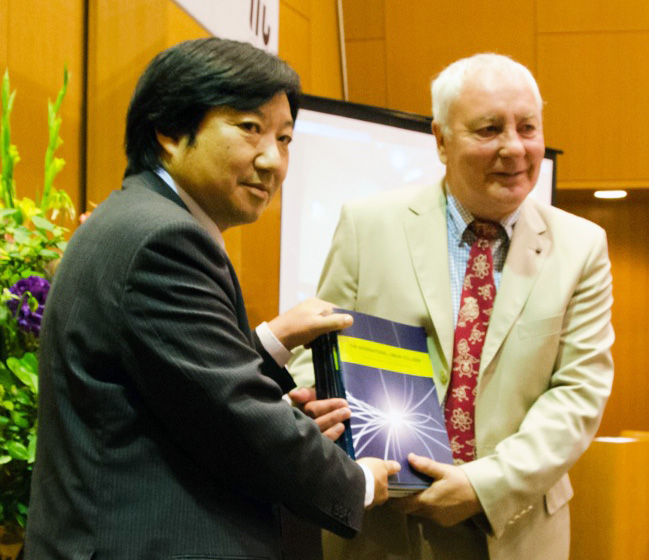 The global event was the ILC’s opportunity not only to mark the design’s completion and to showcase global support for the ILC, but also to awaken the field of particle physics to the possibility of its reality, says Barry Barish, director of the ILC’s Global Design Effort.

“The Technical Design Report basically says that we are ready to go ahead,” Barish says. “The technology is there, the R&D milestones have been achieved, the physics case is clear, and we could start construction tomorrow.”

At five substantial volumes, the report contains everything you ever wanted to know about the ILC—or at least everything collaborating governments would need to know to build it, including an implementation plan. Now the task remains to gather enough support to convert the ILC from paper plan to constructed collider.

The 19-mile-long machine would accelerate and collide electrons and their antiparticles, positrons, at 500 billion electronvolts. The point-like character of the electrons and positrons means that their collisions could reveal physics that would be extremely difficult to observe at the Large Hadron Collider, which collides protons. 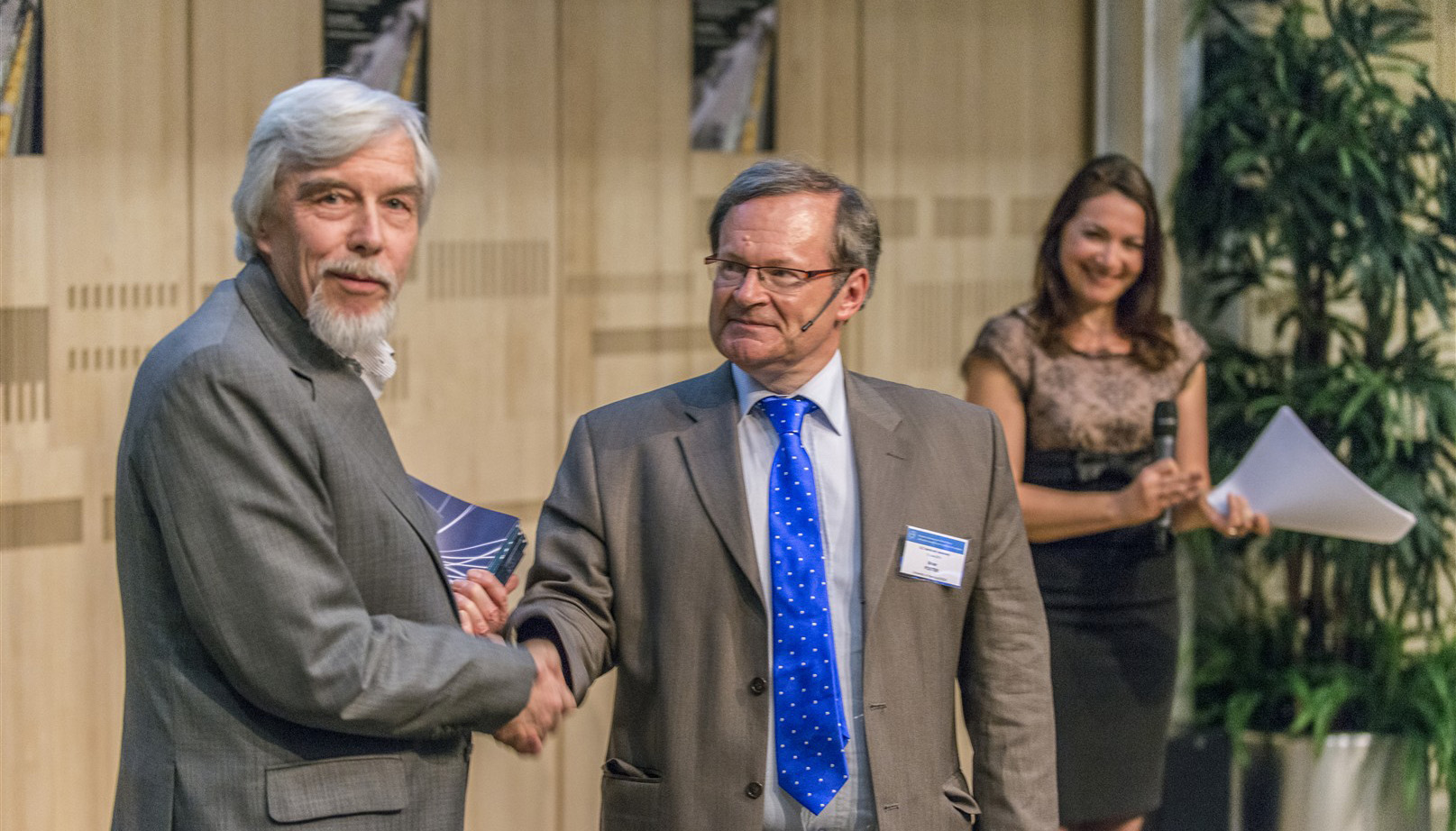 “The discovery of a Higgs boson at the LHC has made the case for the ILC even more compelling,” says Sakue Yamada, research director for the ILC.

The ILC hopes that the physics case—which is detailed in the TDR—along with the case for its construction-readiness will persuade governments to get behind the machine. Japan, in particular, has indicated interest in hosting it.

“The TDR makes a convincing case: Thanks to all the hard work, we now have a machine that we know we can build,” says Jonathan Bagger, chair of the International Linear Collider Steering Committee. “The ILC is good to go.”

The International Linear Collider is a proposed new electron-positron collider.