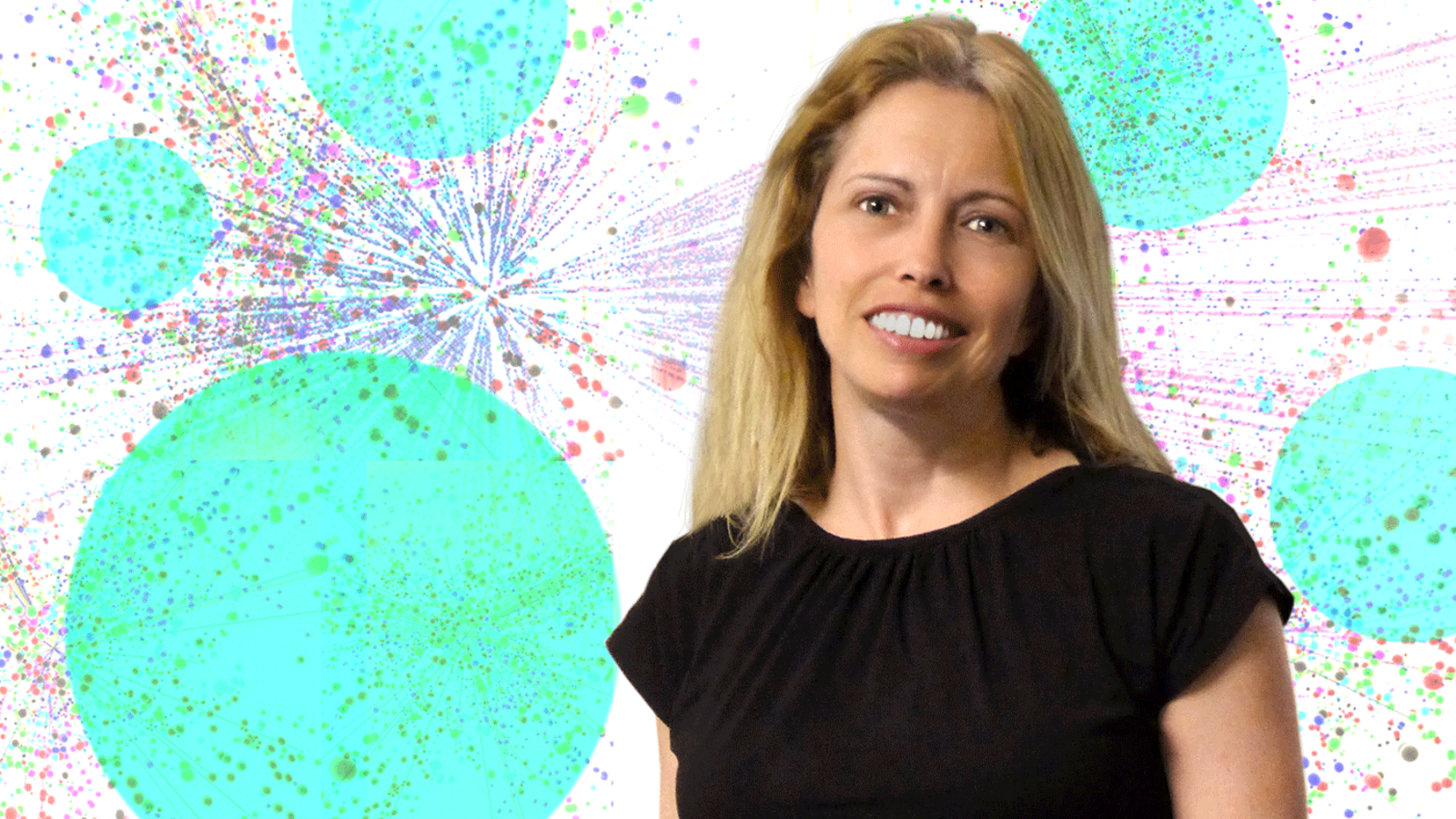 A self-described lapsed physicist with a master’s degree in high-energy physics as well as in political science, Goodenough says she constantly relies on her physics education.

“A physicist’s way of thinking about a problem, dissecting it and writing it down, is very powerful,” she says. “Those are skills I’m glad I have.”

Much of Goodenough’s work involves bringing together members of industry, academic research groups and outside investors to hone and commercialize beneficial technologies from the labs of her current client, the Center for Biophotonics Science and Technology at the University of California, Davis.

Through a National Science Foundation grant, being matched by investors, CBST is working hard to get such partnerships underway.

For example, CBST, Lawrence Livermore National Laboratory and Keaton Raphael Memorial cancer fund are working together to improve the analysis time of a new technique called “laser tweezers Raman spectroscopy,” which can distinguish between healthy and leukemic cells without destroying them. Faster analysis would allow this approach to be used in diagnosing and possibly treating cancerous cells in a medical, not just research, setting.

“In addition to recruiting partners and marketing projects, one of my roles is to bridge the cultural divide between industry and academia,” Goodenough says. “Time scales are different.  The CBST junior scientists must publish, which makes some industry partners nervous. [But] it isn't usually too difficult to fulfill the needs on both sides once the conversation is started.”

It took some time for Goodenough to braid her interests together. After her undergraduate years in her hometown of Victoria, Canada, Goodenough sought a job in industry. But in 1994, local companies seemed to want engineers, not physics majors.

Goodenough began a graduate program in experimental high-energy physics with the University of British Columbia, joining a Canadian crew designing the drift chamber for the then-upcoming BaBar experiment at SLAC National Accelerator Laboratory. They did studies to optimize the gas mixture for the chamber, which detects charged particles and their energy, and built a prototype to test chamber components.

Working at SLAC, and earning a small graduate stipend made smaller by conversion from Canadian to US dollars, Goodenough lived in just half of a Palo Alto garage. Silicon Valley rent costs were booming.

One night Goodenough complained to her fellow band mates (she sang and played keyboard with several SLAC students and their tech-industry friends).

You’re in Silicon Valley, the techies responded—physicists are in high demand! Two weeks later, Goodenough was completing her master’s degree, exiting the PhD program, and signing on with a tech company called Opal (fetching a recruiting bonus for one of her bandmates).

As an application engineer, Goodenough trained operators and custom-programmed the scanning electron microscopes that measured critical dimensions of circuits set on silicon chips to frequently check the precision of chip assembly.

Goodenough’s new boss told her, “I know I can throw a physicist at a challenge and they can fix it.”

“That’s been my experience as well,” Goodenough concurs. “Maybe it’s the arrogance of physicists; we think, well, I don’t know anything about that, but I’m sure I can do it. I find out what’s been written on the topic, I start from first principles, I know it’s discoverable.”

Goodenough applied her technical know-how while gathering business experience at Opal and other small companies in Silicon Valley; at the University of California, Davis; and at Los Alamos National Laboratory, where she spent a few years managing a fluid dynamics lab.

Then, in 2007, she created her own startup, Crux Consulting. One of her clients, telecom startup Quagga, went from “chaotic” and “broken” to thriving, says co-founder Ken Apperson. A Fortune 500 company then purchased it for a handsome sum.

“It was Cherie’s ability to design business processes and then integrate them throughout the organization that was key to our survival,” he says. "She tackled each issue she faced here with such rapt fascination that one would have thought we were a Higgs boson.”