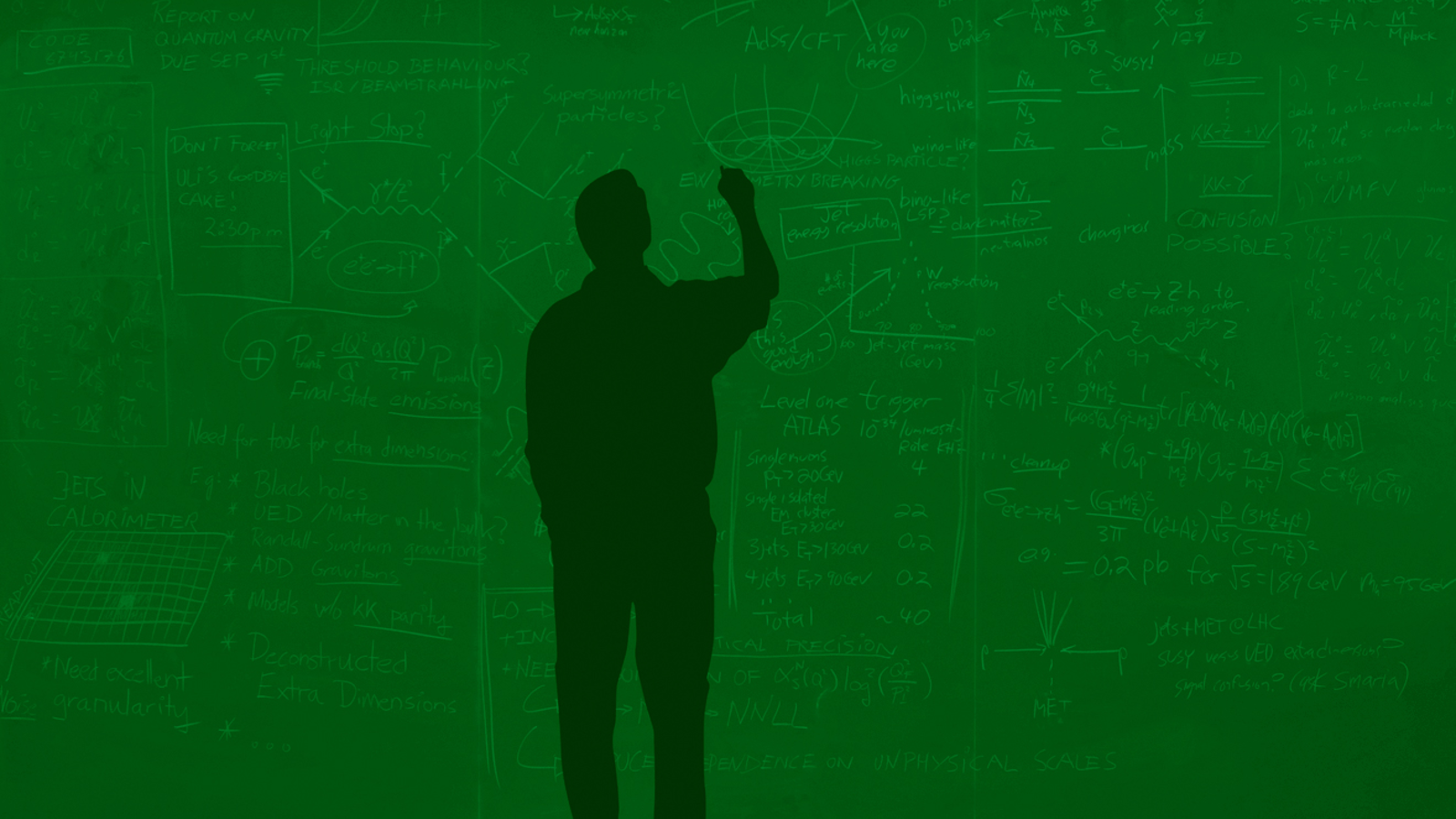 What do the mass of the Higgs boson, the weakness of gravity and the mystery of dark matter have in common? They all might be explained by the principle of supersymmetry.

In his latest in a series of videos for the Fermilab YouTube channel, physicist Don Lincoln explains what supersymmetry is and why physicists hope to find it—all in a little over 10 minutes.

In both “What is Supersymmetry?” and “Why Supersymmetry?”, Lincoln points out that the beauty of the principle is that it would help answer several big questions in particle physics. It would give the Higgs boson a reason to have a small mass, allow the forces to unite, and even offer a candidate dark matter particle.

“If supersymmetry is right, you can solve both cosmic as well as subatomic mysteries,” Lincoln says. “The ability to solve many mysteries at once has often been the signature that scientists are on the right track.”

Physicists have been using the Large Hadron Collider to try to find these partner particles, but so far they’ve come up empty-handed. Lincoln explains that, while this might let scientists rule out certain theories of supersymmetry, it still leaves plenty of room for the principle itself to be correct.

“The potential explanatory power of the idea of supersymmetry is very large,” Lincoln says, “and this guarantees that it will be an interesting subject of study for the foreseeable future.”

Having trouble viewing the videos embedded above? Don Lincoln's “What is Supersymmetry?” and “Why Supersymmetry?” videos are also available on YouTube.
Follow
Use your browser’s print dialog box to create a pdf.
Popular on symmetry