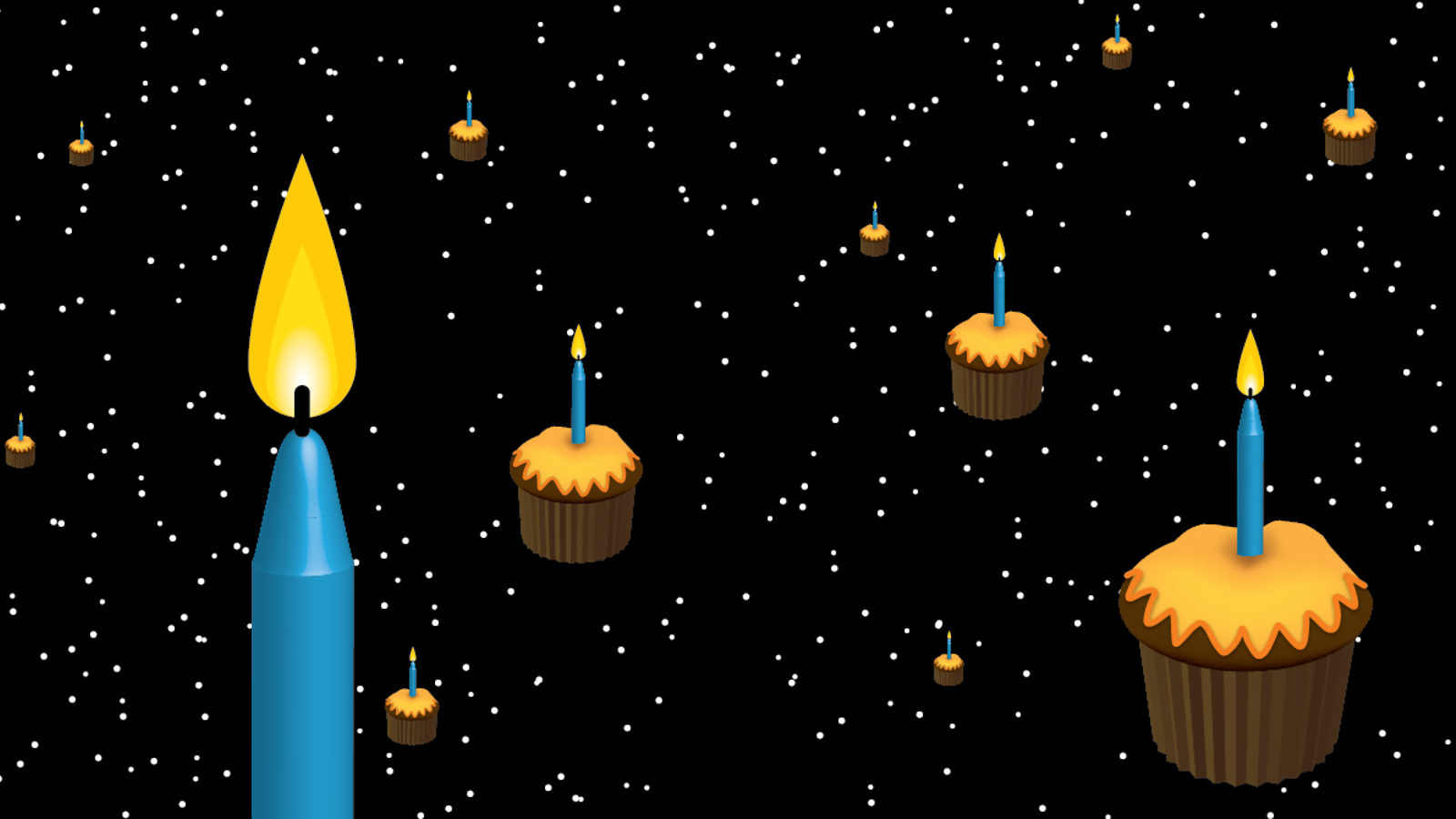 Your birthday cake isn’t the only thing studded with lights.

If you see a faint light in the distance, it might be truly dim, or it might be quite bright but very far away. If you had some way of knowing how bright it really is and could measure how bright it appears to be, you could use those two pieces of information to calculate the actual distance to it.

As you might imagine, this problem comes up all the time in astronomy. All we can directly observe from here on Earth is how bright things appear to us.

Fortunately, several classes of celestial objects serve as “standard candles:” we know how bright they actually are, and therefore we can calculate the distance to them by measuring how bright they appear to us as seen from here on Earth.

The nearest celestial standard candles are ordinary stars relatively close by in our own galaxy. Their actual brightness is related to their temperature, which can be determined by looking at the stars’ colors.

Farther out, both in our galaxy and nearby galaxies, there are bigger stars that emit light in periodic pulses; the time between two pulses, which can be directly observed, is related to their actual brightness.

The most distant, currently known standard candles are a class of star explosions called Type-IA supernovae, where the time it takes light to diminish after the explosion is related to the actual brightness of the explosion itself. The 2011 Nobel Prize in Physics recognized the use of Type-IA supernovae as standard candles to measure vast cosmic distances and establish the acceleration of the expansion of the universe, which scientists attribute to a mysterious force known as dark energy.

Increasingly precise measurements of the distances to very far objects is a major component of projects that will tell us more about the properties of dark energy such as the Dark Energy Survey, the Large Synoptic Survey Telescope, and the planned space-based Wide-Field Infrared Survey Telescope.