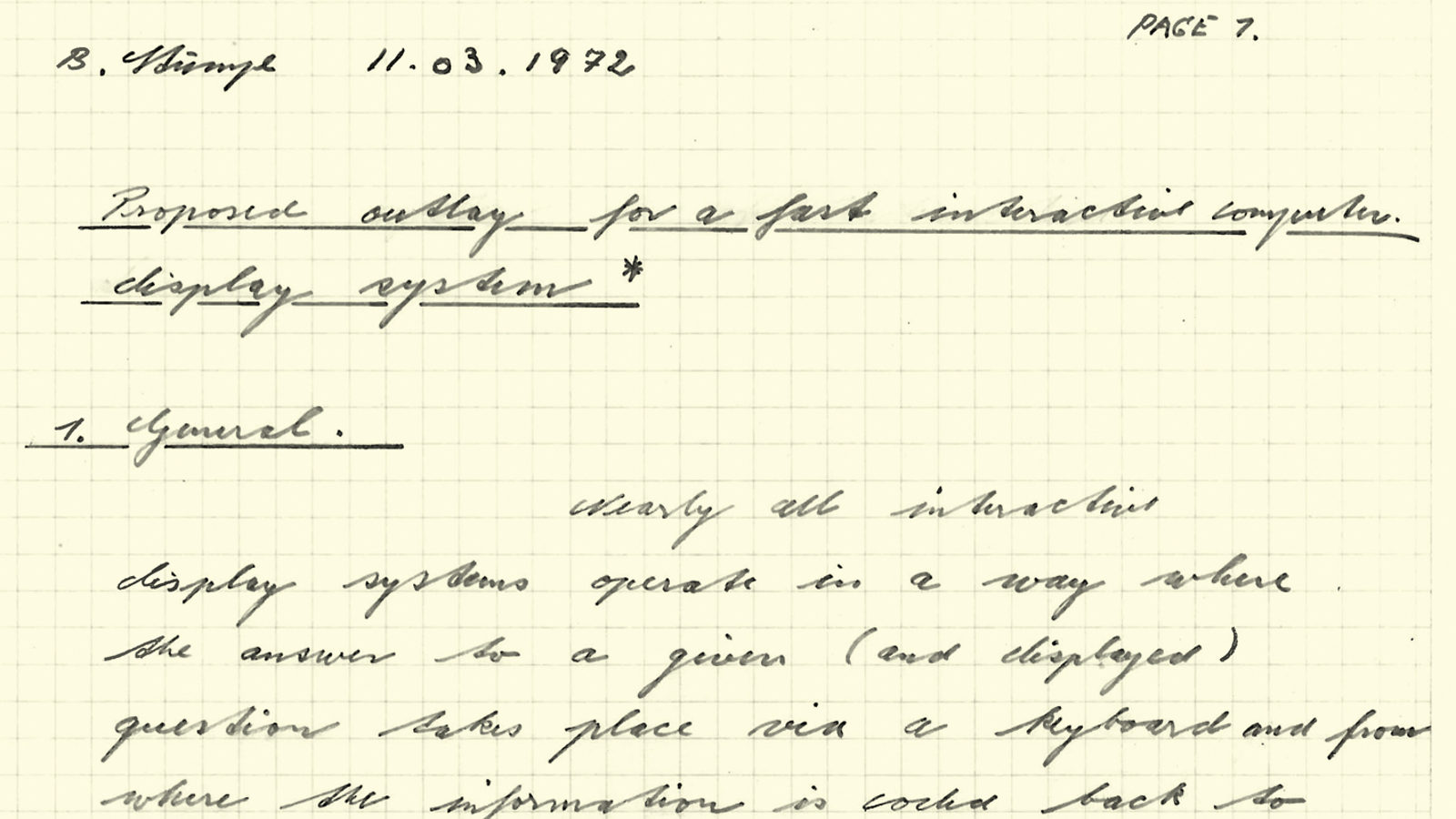 By Bent Stumpe and Christine Sutton

Up to that point, every command sent to an accelerator at the European particle physics lab traveled directly from a button, knob, or switch in the control center via individual cable. Existing touch screens—including one based on acoustics, invented at what is now SLAC National Accelerator Laboratory—were too bulky. So Frank Beck, who would become head of SPS Central Controls, asked Stumpe for a more streamlined solution.

Stumpe came up with a fixed number of programmable buttons on a flexible screen. Just below the screen, an array of capacitors—devices for storing electric charge—were etched into a copper film. The touch of a finger on one of the buttons changed the level of electrical current flowing through the system. Specialized electronics recorded those changes and brought up a new set of labels for the display buttons— a new set of commands that could be selected.

The SPS control room opened in 1976 with three 16-button touch screens, some of which continued to operate for 30 years. By 1977, CERNs touch screens were being sold to other research institutes and companies, including Rutherford Laboratory in the United Kingdom and Mitsubishi in Japan.

Capacitive touch screens have since been reinvented in many applications, including the iPad, and are ubiquitous worldwide. 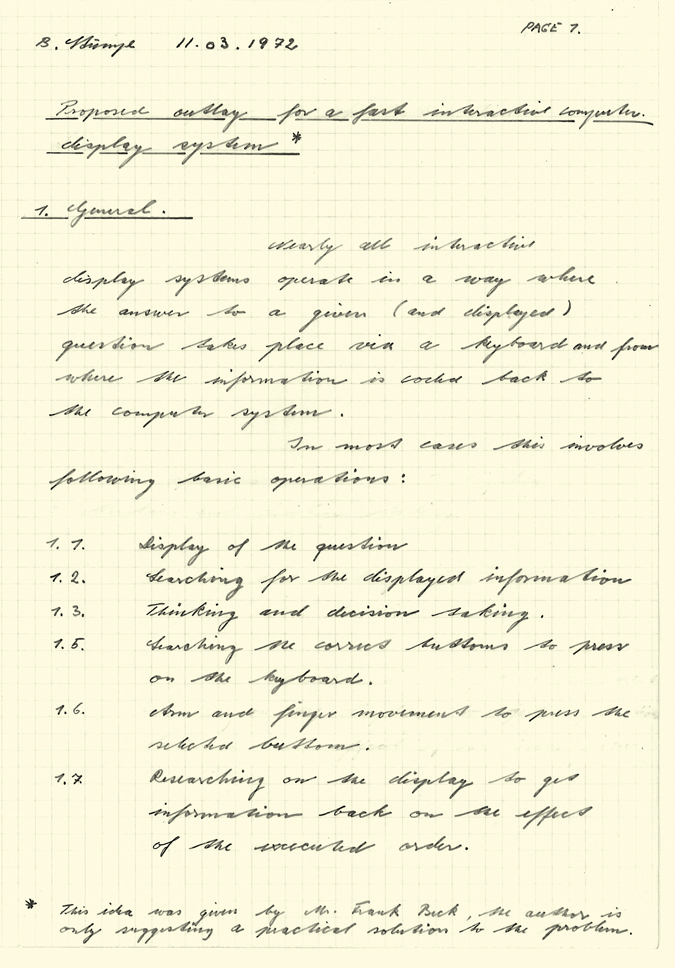