A new result from the LHCb collaboration weakens previous hints at the existence of a new type of W boson. 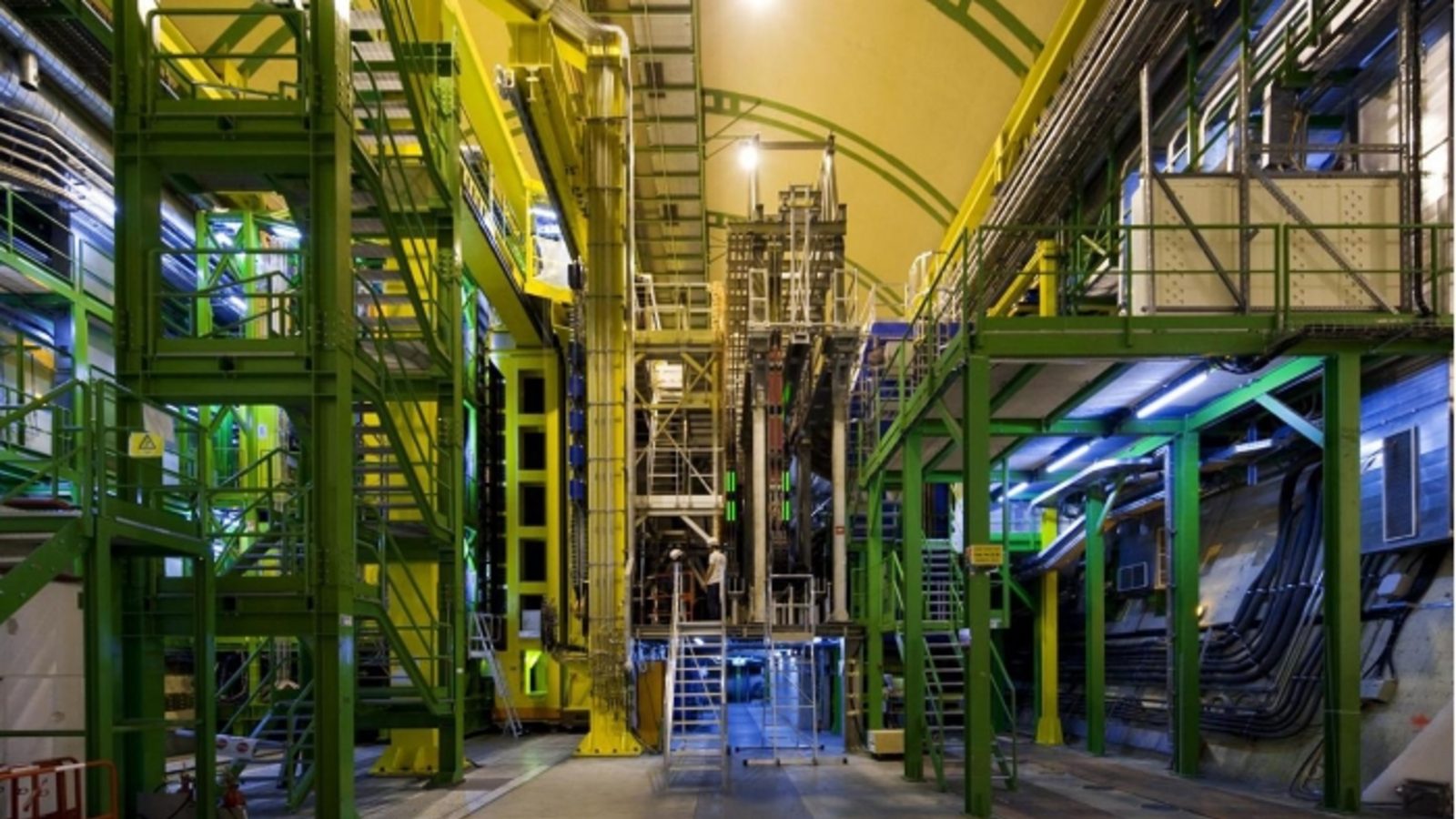 A measurement released today by the LHCb collaboration dumped some cold water on previous results that suggested an expanded cast of characters mediating the weak force.

The weak force is one of the four fundamental forces, along with the electromagnetic, gravitational and strong forces. The weak force acts on quarks, fundamental building blocks of nature, through particles called W and Z bosons.

Just like a pair of gloves, particles can in principle be left-handed or right-handed. The new result from LHCb presents evidence that the W bosons that mediate the weak force are all left-handed; they interact only with left-handed quarks.

This weakens earlier hints from the Belle and BaBar experiments of the existence of right-handed W bosons.

The LHCb experiment at the Large Hadron Collider examined the decays of a heavy and unstable particle called Lambda-b—a baryon consisting of an up quark, down quark and bottom quark. Weak decays can change a bottom quark into either a charm quark, about 1 percent of the time, or into a lighter up quark. The LHCb experiment measured how often the bottom quark in this particle transformed into an up quark, resulting in a proton, muon and neutrino in the final state.

“We found no evidence for a new right-handed W boson,” says Marina Artuso, a Professor of Physics at Syracuse University and a scientist working on the LHCb experiment.

If the scientists on LHCb had seen bottom quarks turning into up quarks more often than predicted, it could have meant that a new interaction with right-handed W bosons had been uncovered, Artuso says. “But our measured value agreed with our model’s value, indicating that the right-handed universe may not be there.”

If nothing were interfering with the process (like, say, a right-handed W boson), then these two types of studies would give the same value of the bottom-to-up transformation parameter. However, that wasn’t the case.

The difference, however, was small enough that it could have come from calculations used in interpreting the result. Today’s LHCb result makes it seem like right-handed W bosons might not exist after all, at least not in a way that is revealed in these measurements.

Michael Roney, spokesperson for the BaBar experiment, says, "This result not only provides a new, precise measurement of this important Standard Model parameter, but it also rules out one of the interesting theoretical explanations for the discrepancy... which still leaves us with this puzzle to solve."