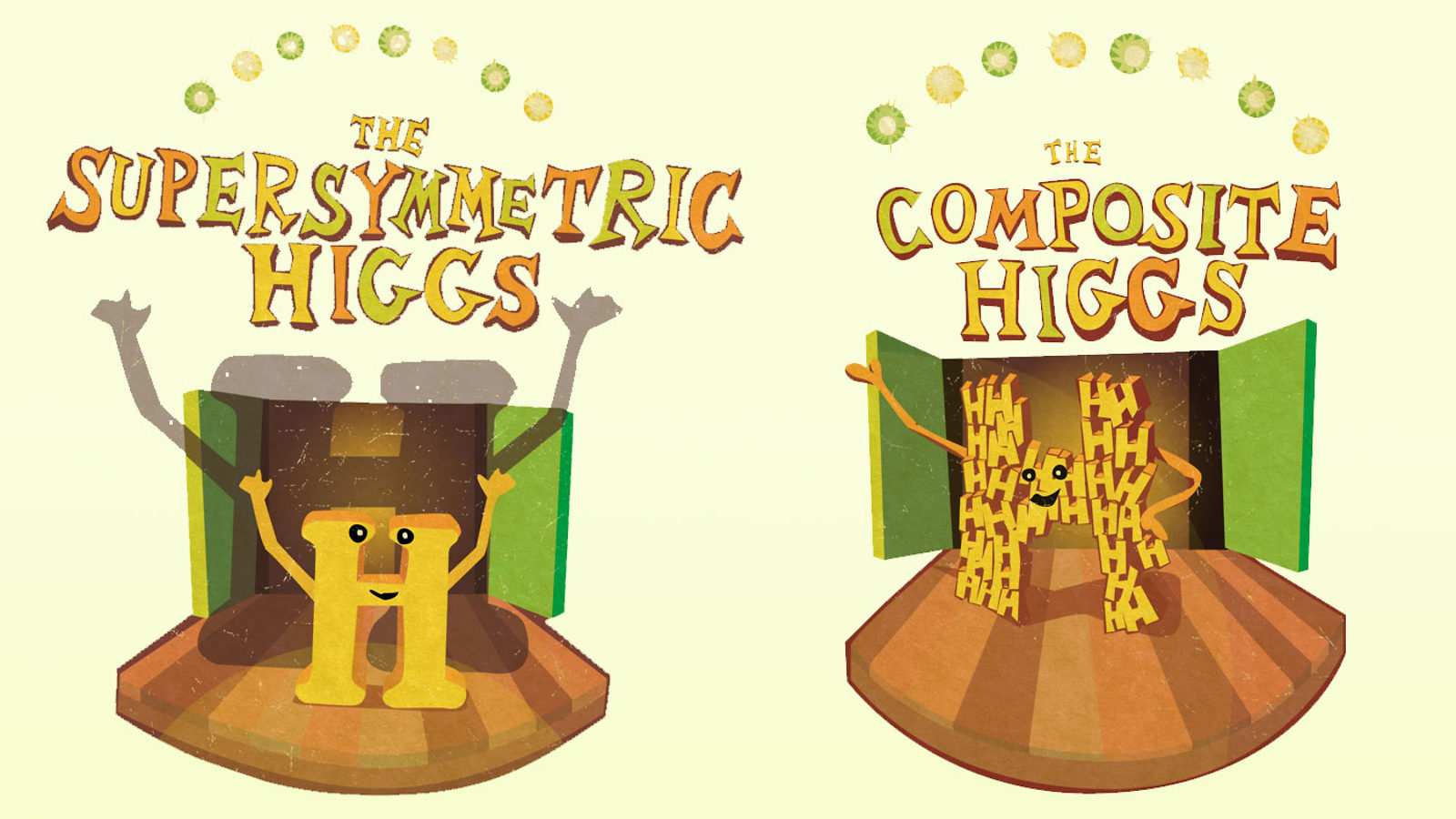 When physicists discovered the Higgs boson in 2012, they declared the Standard Model of particle physics complete; they had finally found the missing piece of the particle puzzle.

And yet, many questions remain about the basic components of the universe, including: Did we find the one and only type of Higgs boson? Or are there more?

A problem of mass

The Higgs mechanism gives mass to some fundamental particles, but not others. It interacts strongly with W and Z bosons, making them massive. But it does not interact with particles of light, leaving them massless.

While the second number cannot be zero because the Higgs must have some mass, almost anything it adds up to, even at very small numbers, makes the mass of the Higgs gigantic.

But it isn’t. It weighs about 125 billion electronvolts; it’s not even the heaviest fundamental particle.

“Having the Higgs boson at 125 GeV is like putting an ice cube into a hot oven and it not melting,” says Flip Tanedo, a theoretical physicist and postdoctoral researcher at the University of California, Irvine.

A lightweight Higgs, though it makes the Standard Model work, doesn’t necessarily make sense for the big picture. If there are multiple Higgses—much heavier ones—the math determining their masses becomes more flexible.

“There’s no reason to rule out multiple Higgs particles,” says Tim Tait, a theoretical physicist and professor at UCI. “There’s nothing in the theory that says there shouldn’t be more than one.”

The two primary theories that predict multiple Higgs particles are Supersymmetry and compositeness.

Popular in particle physics circles for tying together all the messy bits of the Standard Model, Supersymmetry predicts a heavier (and whimsically named) partner particle, or “sparticle,” for each of the known fundamental particles. Quarks have squarks and Higgs have Higgsinos.

“When the math is re-done, the effects of the particles and their partner particles on the mass of the Higgs cancel each other out and the improbability we see in the Standard Model shrinks and maybe even vanishes,” says Don Lincoln, a physicist at Fermi National Accelerator Laboratory.

While Supersymmetry is maybe the most popular theory for exploring physics beyond the Standard Model, physicists at the LHC haven’t seen any evidence of it yet. If Supersymmetry exists, scientists will need to produce more massive particles to observe it.

“Scientists started looking for Supersymmetry five years ago in the LHC,” says Tanedo. “But we don’t really know where they will find it: 10 TeV? 100 TeV?”

The other popular theory that predicts multiple Higgs bosons is compositeness. The composite Higgs theory proposes that the Higgs boson is not a fundamental particle but is instead made of smaller particles that have not yet been discovered.

Composite Higgs theories predict that if there are more fundamental parts to the Higgs, it may assume a combination of masses based on the properties of these smaller particles.

The search for composite Higgs bosons has been limited by the scale at which scientists can study given the current energy levels at the LHC.

Physicists will continue their Higgs search with the current run of the LHC.

At 60 percent higher energy, the LHC will produce Higgs bosons more frequently this time around. It will also produce more top quarks, the heaviest particles of the Standard Model. Top quarks interact energetically with the Higgs, making them a favored place to start picking at new physics.

Whether scientists find evidence for Supersymmetry or a composite Higgs (if they find either), that discovery would mean much more than just an additional Higgs.

“For example, finding new Higgs bosons could affect our understanding of how the fundamental forces unify at higher energy,” Tait says.

“Supersymmetry would open up a whole ‘super’ world out there to discover. And a composite Higgs might point to new rules on the fundamental level beyond what we understand today. We would have new pieces of the puzzle to look at it.”