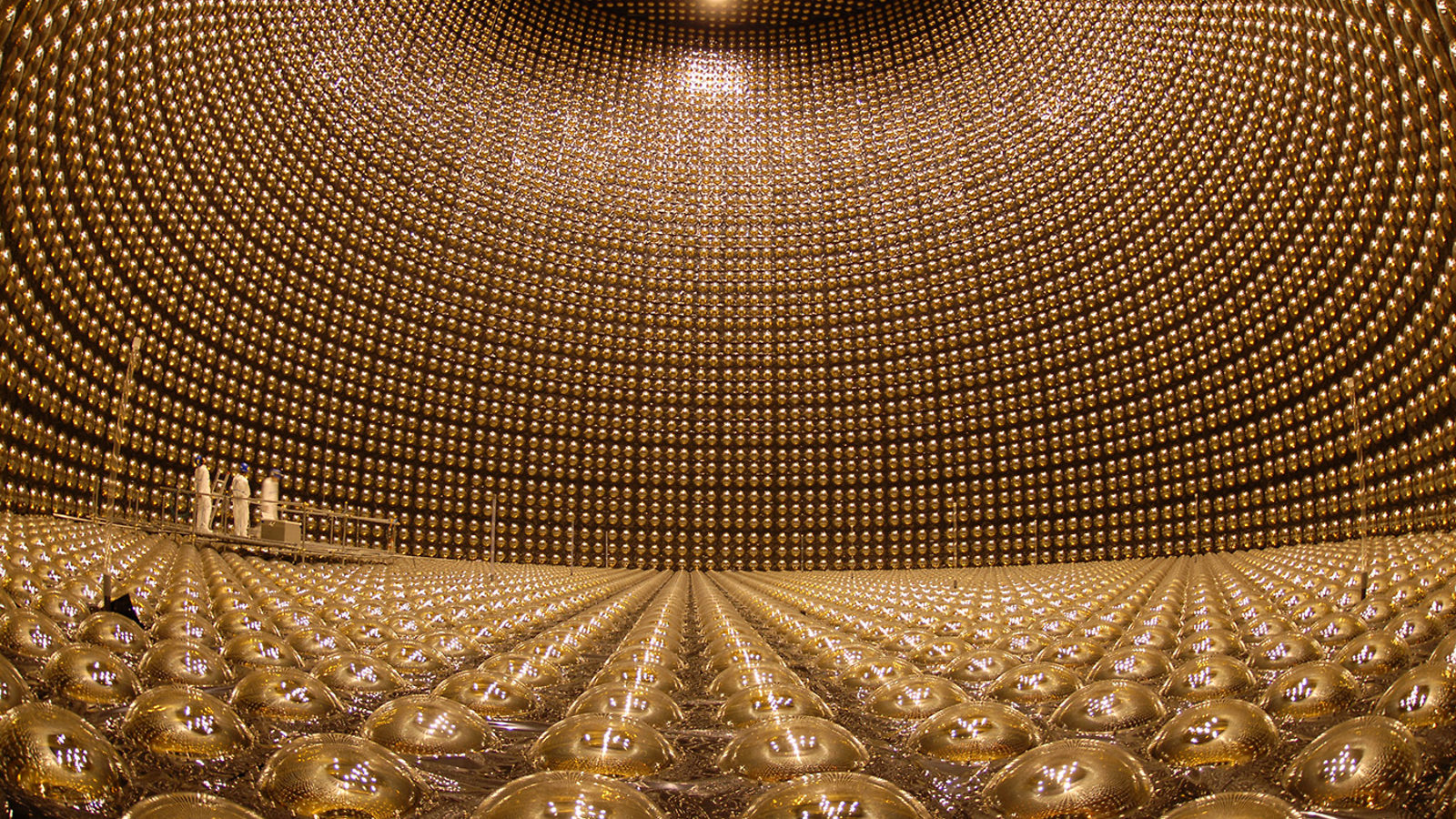 Scientists on the T2K neutrino experiment in Japan announced today that they have spotted their first possible electron antineutrinos.

When the T2K experiment first began taking data in January 2010, it studied a beam of neutrinos traveling 295 kilometers from the J-PARC facility in Tokai, on the east coast, to the Super-Kamiokande detector in Kamioka in western Japan. Neutrinos rarely interact with matter, so they can stream straight through the earth from source to detector.

From May 2014 to June 2015, scientists used a different beamline configuration to produce predominantly the antimatter partners of neutrinos, antineutrinos. After scientists eliminated signals that could have come from other particles, three candidate electron antineutrino events remained.

T2K scientists hope to determine if there is a difference in the behavior of neutrinos and antineutrinos.

“That is the holy grail of neutrino physics,” says Chang Kee Jung of State University of New York at Stony Brook, who until recently served as international co-spokesperson for the experiment.

If scientists caught neutrinos and their antiparticles acting differently, it could help explain how matter came to dominate over antimatter after the big bang. The big bang should have produced equal amounts of each, which would have annihilated one another completely, leaving nothing to form our universe. And yet, here we are; scientists are looking for a way to explain that.

“In the current paradigm of particle physics, this is the best bet,” Jung says.

Scientists have previously seen differences in the ways that other matter and antimatter particles behave, but the differences have never been enough to explain our universe. Whether neutrinos and antineutrinos act differently is still an open question.

Neutrinos come in three types: electron neutrinos, muon neutrinos and tau neutrinos. As they travel, they morph from one type to another. T2K scientists want to know if there’s a difference between the oscillations of muon neutrinos and muon antineutrinos. A possible upgrade to the Super-Kamiokande detector could help with future data-taking.

One other currently operating experiment can look for this matter-antimatter difference: the NOvA experiment, which studies a beam that originates at Fermilab near Chicago with a detector near the Canadian border in Minnesota.

“This result shows the principle of the experiment is going to work,” says Indiana University physicist Mark Messier, co-spokesperson for the NOvA experiment. “With more data, we will be on the path to answering the big questions.”

It might take T2K and NOvA data combined to get scientists closer to the answer, Jung says, and it will likely take until the construction of the even larger DUNE neutrino experiment in South Dakota to get a final verdict.