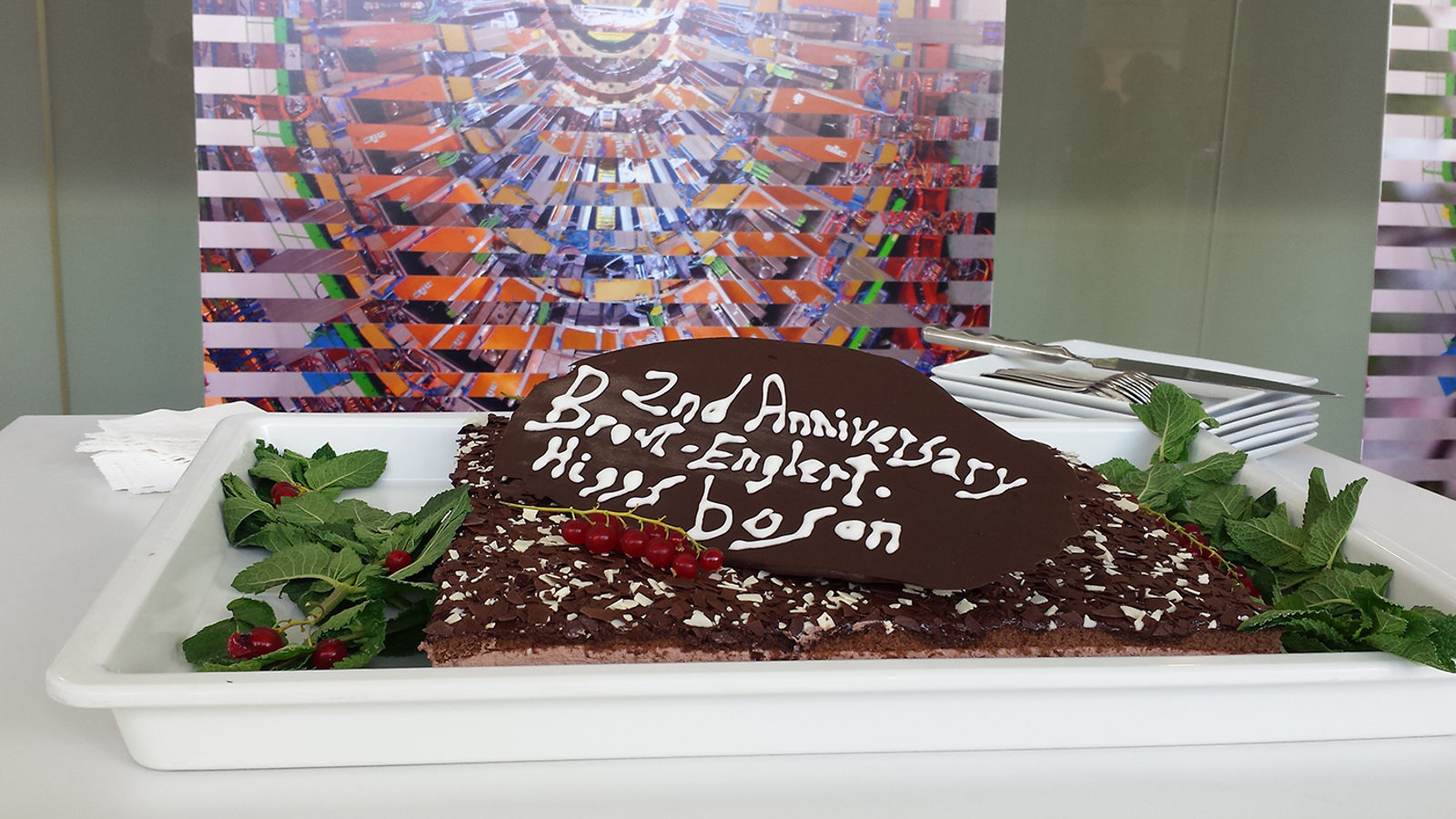 On July 4, 2012, physicists announced an amazing discovery—they had identified a new particle that looked very much like the predicted Higgs boson.

Two years later, physicists have pinned down the traits of this particle and confirmed its identity. But the story doesn’t end there.

“In just two years, our knowledge of this particle has improved dramatically,” says Gabriella Sciolla, an ATLAS physicist and professor at Brandeis University. “For instance, we now know the mass of this particle with a precision better than half a gigaelectronvolt—which is remarkable since just two years ago, we had no idea what this mass could be.”

But there is still more work to be done, she says.

"The measurements of the Higgs boson’s couplings [to other particles] are just in their infancy,” she says. “Much more accurate measurements will be possible in the future. They will allow us to really probe deeper into the Higgs properties and hopefully answer the main question that is on our mind: Is the Higgs really what the Standard Model predicts, or is there more to it?”

The Higgs is a totally new sector of physics, says Michael Peskin, a professor of theoretical physics at SLAC National Accelerator Laboratory. “It is a particle that is not related to any other particles we know about... There’s lots left to explore.”

Since the 1970s, the Higgs boson has been a cornerstone of the Standard Model of particle physics—our best understanding of matter at its most fundamental level. Its discovery in 2012 bolstered physicists’ confidence in the model, but it also surfaced deep, structural questions about what else might be hiding just out of reach.

“The mass of the Higgs boson tells us something, but theorists are having a big debate about what it tells us,” Peskin says. “We need more research to see how this Higgs fits into our theories and models exactly.”

Thus far, the measured properties of the Higgs boson have matched up with the Standard Model’s predictions quite nicely. But Peskin notes that there are still many small gaps that leave room for new physics.

“The presence of new, heavier particles would only affect the Higgs boson slightly,” Peskin says. “If there are heavier, new particles, the measurements of the Higgs will deviate only slightly from the Standard Model’s predictions—maybe about 5 percent.”

These heavier particles could even be new types of Higgs bosons.

“If this is just the lightest Higgs of many other Higgs bosons, we need precision measurements to look for these slight deviations from the Standard Model,” Peskin says. “And we’re just not there yet.”

The first run of the LHC gave scientists 14,000 Higgs bosons to study. The next run will give physicists five to 10 times more, which will let physicists make the precision measurements necessary to thoroughly examine this Higgs boson and see what else it might be hiding.

“The discovery itself was impressive,” Peskin says, “and two years later, I still think it is very impressive, but new discoveries are coming. Knowing the Higgs exists is an important milestone, but now we need to move to the next step.”