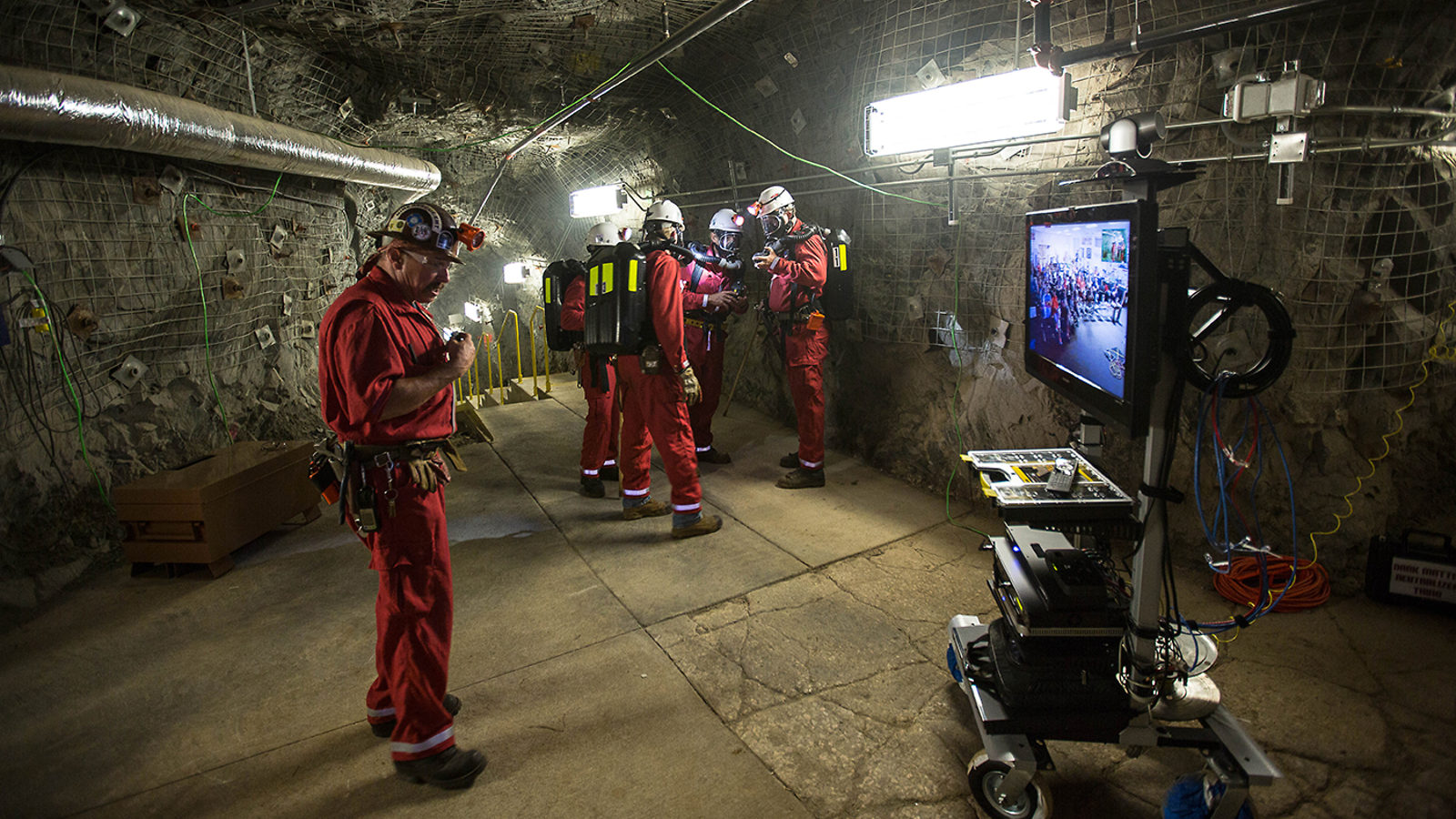 Science was the star at an annual celebration in Lead, South Dakota.

At the Sanford Underground Research Facility’s seventh annual Neutrino Day last Saturday, more than 800 visitors of all ages and backgrounds got a glimpse of the high-energy physics experiments underway a mile below the streets of Lead, South Dakota.

After decades as a mining town, Lead has transformed in recent years into a science town. From within America’s largest and deepest underground mine, where hundreds of miners once pulled gold from the earth, more than a hundred scientists now glean insights into the mysteries of the universe.

“We don’t have a lot of vendors or food at Neutrino Day. It’s all science,” says Constance Walter, Sanford Lab’s communications director. “Our hope is that even people who didn’t before have a real interest in science will get excited. We want them to understand what we’re doing at Sanford Lab and the impact it can have on the region.”

This year, the festivities included tours of the above-ground facilities, live video chats with scientists and rescue personnel a mile underground (pictured above), a planetarium presentation, and hands-on science demos including the opportunity for kids to build battery-operated robots, use air pressure to change the size of marshmallows and learn about circuits using a conductive dough.

Science lectures also drew large crowds. Tennessee Technological University Professor Mary Kidd introduced attendees to the Majorana Demonstrator, which seeks to determine whether the neutrino is its own antiparticle and offer insight into the mass of neutrinos. Brookhaven National Laboratory physicist Milind Diwan wowed the crowd with his descriptions of the strange behavior of neutrinos and their many mysteries. And, in the keynote presentation, cosmologist Joel Primack and cultural philosopher Nancy Ellen Abrams discussed some of the most mindboggling unknowns in the universe—including the nature of dark matter and dark energy.

The highlight for 8th-grader Zoe Keehn was, without a doubt, a production put on by more than 30 local schoolchildren. Keehn played Hannah, the lead role in the NASA-sponsored Space School Musical. Hannah’s science project, a model of the solar system, is due tomorrow but it’s already past her bedtime. As she works to get it finished, Hannah’s friends—our solar system’s planets, moons, meteors, comets and asteroids—come out to help her with fun facts and information in the form of song.

Karen Everett, who as the executive director of the Lead-Deadwood Art Center came up with the idea of producing Space Science Musical for Neutrino Day, says that the musical was a big hit. “People just loved it,” she says. “Through art, we can educate people about science.”

For a town that lost its main source of income when the mine shut down in 2003, the lab—and Neutrino Day—also offers a much-needed economic stimulus.

“With a little over 3000 people, Lead is a small town and one that’s been transitioning from its 125-year-old mining economy,” says Everett. “It was great to see so many people in town, enjoying the event, eating at local restaurants and generally just coming out. It was a great boost for us all.”

Walter sees it as a two-way street. “I love Neutrino Day because I see people—especially kids—who are excited to learn about what we do,” she says. “As the kids get excited, so do their parents and their teachers. And that’s so great to see. We need the support of the community for the laboratory to thrive and be successful.”