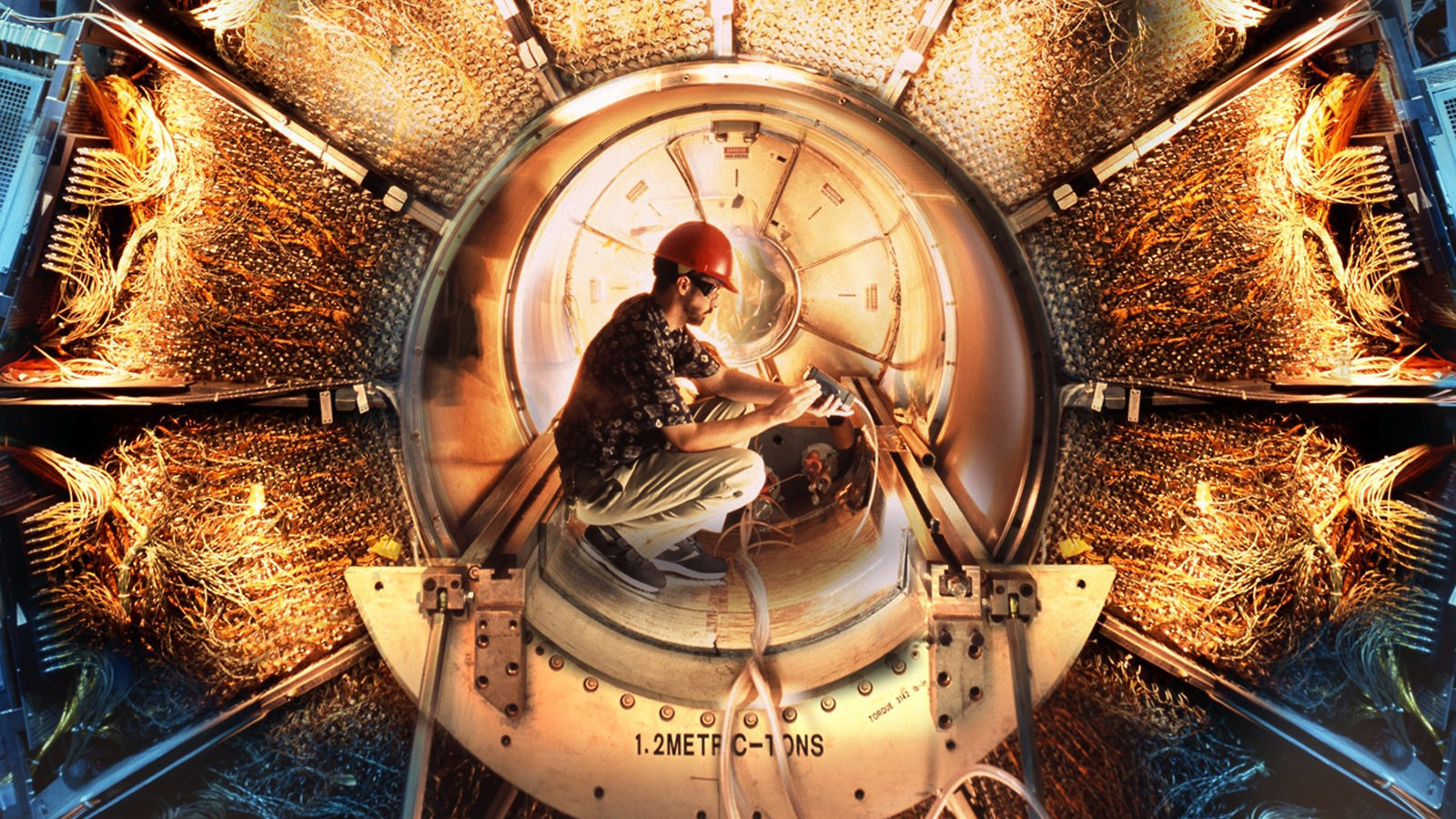 Kelsey (pictured above) has worked on the detector for the Stanford Linear Collider experiment at SLAC, the Beijing Spectrometer and BaBar experiments, and is now involved in simulating particle interactions and searching for dark matter. While the practical and fun projects he takes on in his spare time may seem a far cry from his work in particle physics, Kelsey sees them as a natural crossover for the ingenuity and problem-solving skills that scientists routinely enlist.

Particle physics experiments are like massive DIY projects, Kelsey says, as they often require custom-built components and plenty of resourcefulness and inventiveness.

"What we build—what we do experiments with—is often a one-off,” he says. “It's a really huge do-it-yourself project." And the physics community is as open and collaborative as the community of do-it-yourselfers, he says.

For many years Kelsey has engaged in online science forums, freely sharing his expertise and working to demystify science for all comers. In 2008 a Web search led him to Instructables.com, an online DIY community launched in 2005 that features user-shared tutorials for projects ranging from electricity-generating shoes to wine-bottle electron accelerators to garage-built fusion reactors.

Kelsey's first foray to the Instructables.com community was in 2008, when he shared a furniture-modification project that accommodated his wife's disability by allowing her to get their daughter in and out of a crib without needing to reach over its top.

"I bought a wonderfully cheap Ikea crib, modified one side of it to be a French door so you could slide the door open sideways, and then cut the legs off," he says. The project was featured in Make magazine, a publication for the DIY community.

His most popular contribution to Instructables.com, which has so far drawn about 115,000 views, explains how to convert a children’s toy from battery-powered to plug-in.

Other instructions, which borrow from physics projects he carried out in college, explain how to demonstrate that light behaves like a wave. Kelsey gives advice and insight on other projects as well; he has logged thousands of comments on the site.

He’s not the only physicist using DIY projects to share his love of science.

Todd Johnson of Fermi National Accelerator Laboratory has posted numerous science how-to videos on YouTube, including instructions for building a ping-pong-ball accelerator. He says he hopes to make science more approachable for the masses.

“The real key is engaging those people who otherwise may be a little shy about it," he says. "If you can make them aware of what’s going on at a level they can appreciate, then maybe they will go and read some more about it."

Tim Koeth, a professor of electronics and applied physics at the University of Maryland, has shared numerous DIY science projects via Facebook and on his blog. He has built sophisticated gamma-ray spectrometers with an assortment of eBay purchases and spare and donated parts, built particle-accelerating cyclotrons (also featured in Make), and has offered up detailed online instructions on DIY cyclotrons.

He sometimes enlists the help of students in his DIY projects. “I’m able to turn some of these things into a teaching lab,” he says. His DIY gamma-ray tools, for example, demonstrate to students how to detect and measure radiation.

There’s a tremendous amount of information out there for DIY science enthusiasts, including online forums and textbooks, he says. Kelsey and others like him continue to contribute to the stockpile.