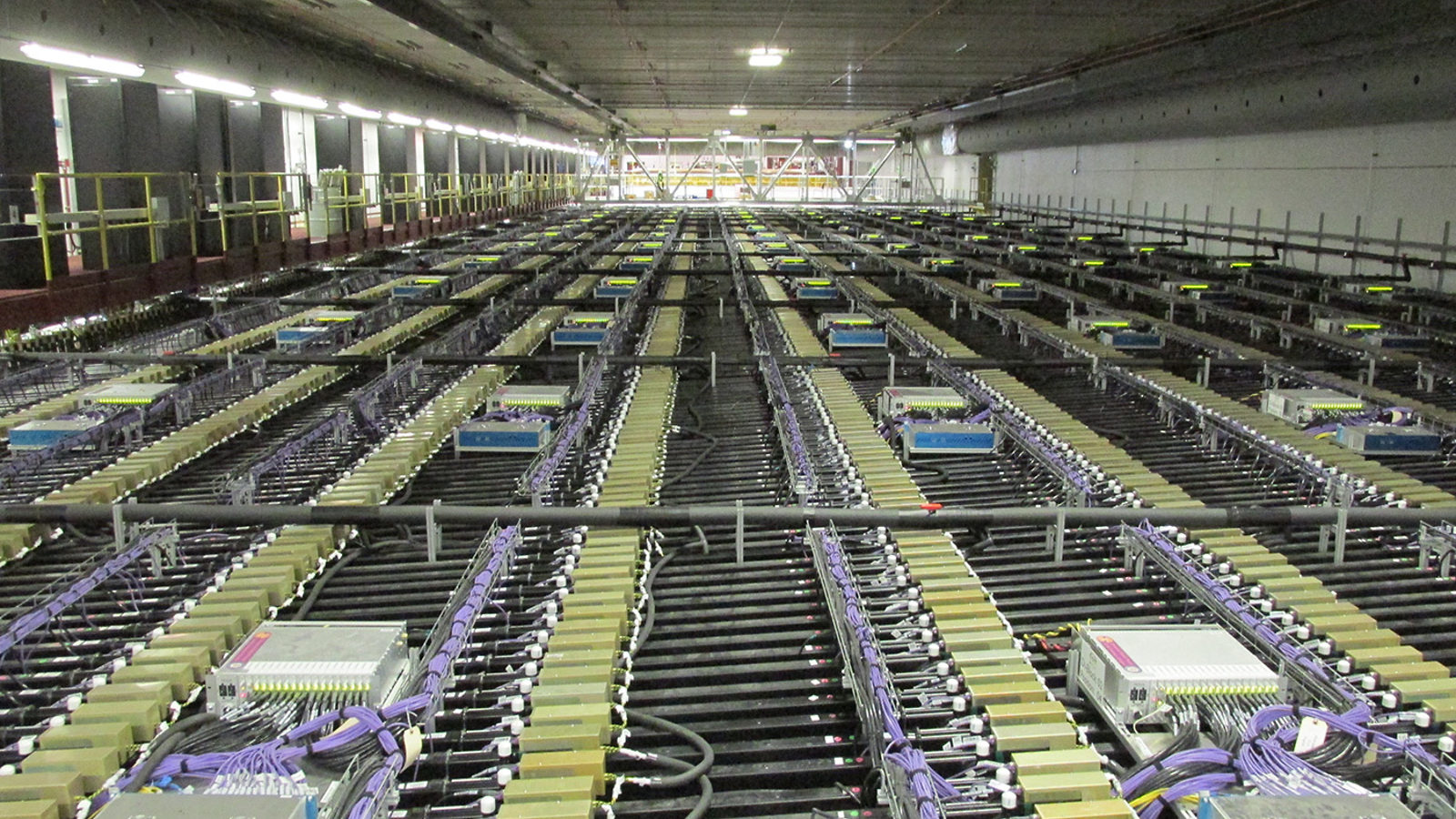 Members of the NOvA neutrino experiment celebrated their progress with a visit to their massive detector in northern Minnesota.

In 2012, upon beholding the newly completed NOvA far-detector building in northern Minnesota, University of Minnesota physicist Marvin Marshak didn’t believe the collaboration would be able to adequately populate it. At the time, the mammoth structure, which is the length of two basketball courts and would house the future NOvA detector, impressed visitors with the full force of not only its size, but its emptiness.

“It was scary. We looked at this building and thought, ‘Are we really going to be able to fill this place up?’” says Marshak, NOvA laboratory director. “People looked like tiny little insects against the backdrop of the building.”

His worries were needless. On Thursday, the NOvA collaboration celebrated the new detector, which now fills the building nicely, in Ash River, Minnesota.

The celebration came near the conclusion of NOvA’s collaboration meeting, which took place in Minneapolis. Attendees took a one-day excursion to the far detector, 280 miles north, to see the detector.

The collaboration also discussed the beginning of data taking with the full detectors in the next few weeks. A celebration at Fermilab is planned for later this year. 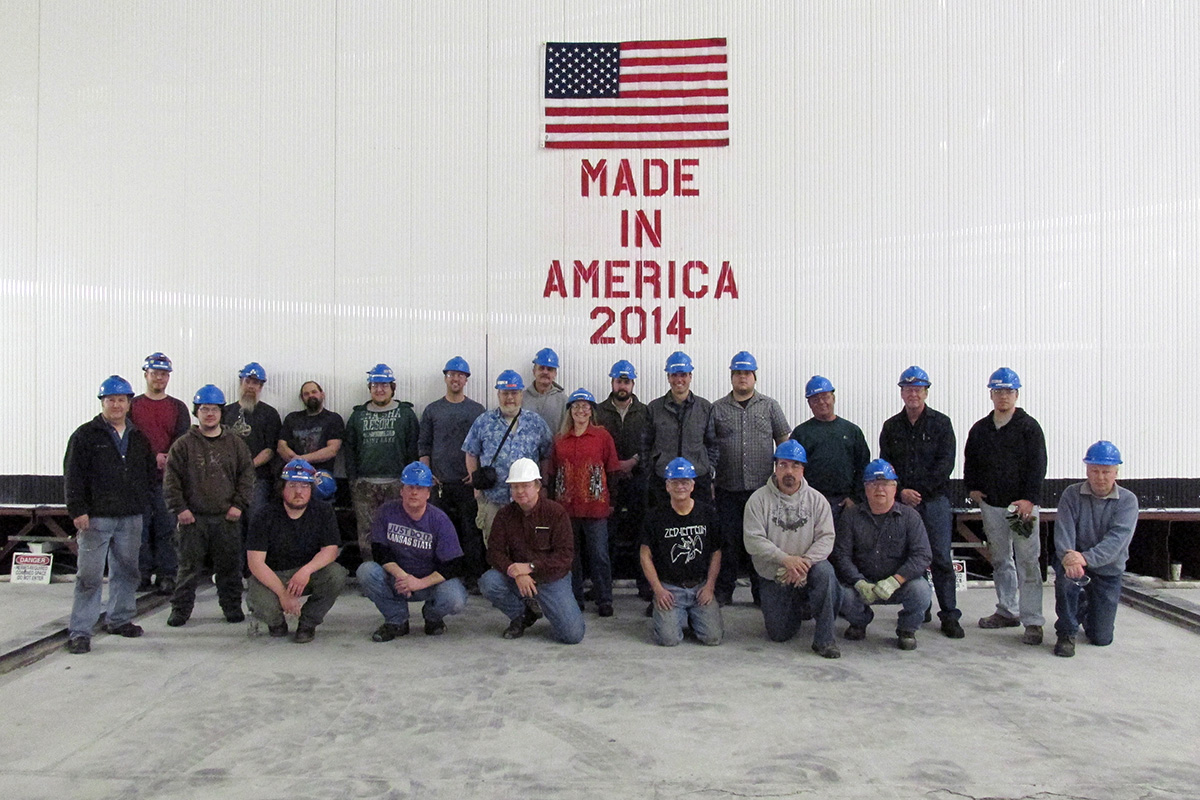 NOvA, a Fermilab-hosted neutrino experiment, makes use of two detectors: a smaller, underground detector at Fermilab and the much larger, 14-kiloton detector in Minnesota. The neutrino beam, originating at Fermilab through the NuMI beamline, travels 500 miles from the near detector through the Earth to the far detector.

NOvA scientists will work to uncover the true mass ordering of neutrinos’ three types. They’ll also look for evidence of CP violation, which could help explain why there is so much more matter than antimatter in our universe and, thus, why we’re here.

“We’re going to kick all the physics analyses into high gear and get ready for first publications,” says Indiana University’s Mark Messier, NOvA co-spokesperson. “We hope to have first results by the end of the year.”

It’s been a long time coming. Researchers submitted a letter of intent to show their interest in a new neutrino experiment in 2002. In the years since, the collaboration has been hard at work designing, developing, producing and installing hardware, software, fiber optics and even the glue that would hold the kiloton-scale blocks’ components together.

With almost all of the modules of the detector already taking data, it’s a new era for NOvA and the Fermilab neutrino program.

“We’re excited to get this experiment up and running; we’ve been working toward this for a long time,” says Fermilab’s Pat Lukens, manager for far detector assembly.

“For at least the next 10 years, there are only two long-baseline neutrino beam experiments in the world—NOvA and [Japanese experiment] T2K,” Marshak says. “Some of the answers we’re looking for are going to come from the experiments that we have right now.”