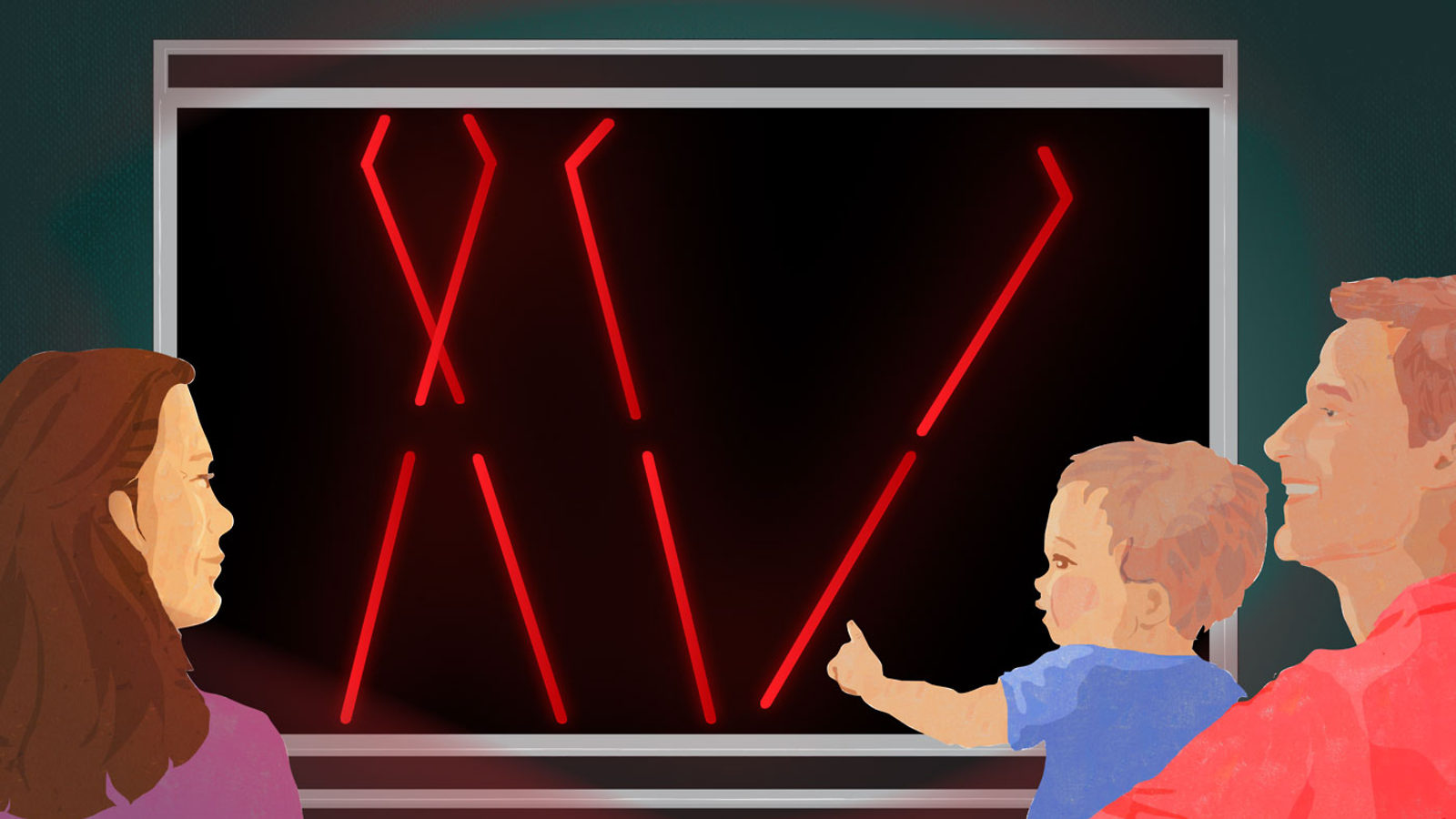 A determined volunteer gives an old detector new life as the centerpiece of a cosmic ray exhibit.

Watch one of the exhibits in San Francisco’s Exploratorium science museum and count to 10, and you’ll have a very good chance of seeing a three-foot-long, glowing red spark.

The exhibit is a spark chamber, a piece of experimental equipment 5 feet wide and more than 6 feet tall, and the spark marks the path of a muon, a particle released when a cosmic ray hits the Earth’s atmosphere. The spark chamber came to the museum by way of the garage of physicist and computer scientist Dave Grossman.

Grossman wrote the book—the PhD dissertation, actually—on this type of spark chamber during the mid-1960s when he was a graduate student at Harvard University. His task was to help design and build a spark chamber that could reveal the precise paths of certain types of particles.

All spark chambers contain a mixture of inert gases—such as neon, helium and argon—that glow when an electric current passes through them (think neon signs). When an energetic charged particle passes through the gas, it leaves a trail of ionized molecules. When voltage is applied to the gas, the current flows along the trail, illuminating the particle’s path.

The longer the path, the higher the necessary voltage. Typical spark chambers from before Grossman’s time at Harvard could light up only a centimeter or two of trail. Grossman labored to design a compact, dependable generator that could produce 240,000 volts for 100 nanoseconds, enough voltage to illuminate charged particle paths measured in feet instead.

The spark chamber design worked well but was quickly rendered obsolete by more sensitive, more compact digital technology. After graduation, Grossman shifted from particle physics to computer science and went on to a long, successful career with IBM.

But during the years he spent as an occasional volunteer at his kids' and grandkids' schools, teaching students about robotics or sharing his telescope at star parties, Grossman never forgot his pet project or the thesis advisor and friend that guided him through it, Karl Strauch.

“Karl taught me the most by his own example,” Grossman says. “He was willing to do anything necessary for the sake of the science. He would even sweep the floor if he thought it was too dirty.”

Finally, retirement provided time; the garage of his Palo Alto home gave him the space; and donors provided the means for him to rebuild his spark chamber. Nobel Laureates Steven Weinberg and Norman Ramsey (Harvard colleagues of Strauch’s), Strauch’s son, venture capitalist Roger Strauch, and his business partner Dan Miller all pitched in.

The Exploratorium was happy to reap the benefits.

“I went to Dave Grossman’s house twice to look at it and I was impressed,” says Exploratorium Senior Scientist Thomas Humphrey. “I’ve made spark chambers, and they’re finicky beasts.”

Humphrey gave the go-ahead, and the detector was installed in the museum’s Central Gallery, where it attracts visitors young and old.

“Visitors are really excited to see it,” Humphrey says. “Cosmic rays are so mysterious. But here you can walk right up to a device and see a spark in real time. It makes the unseen seen.”

Editor's note: The exhibit will be available for viewing in mid-August.