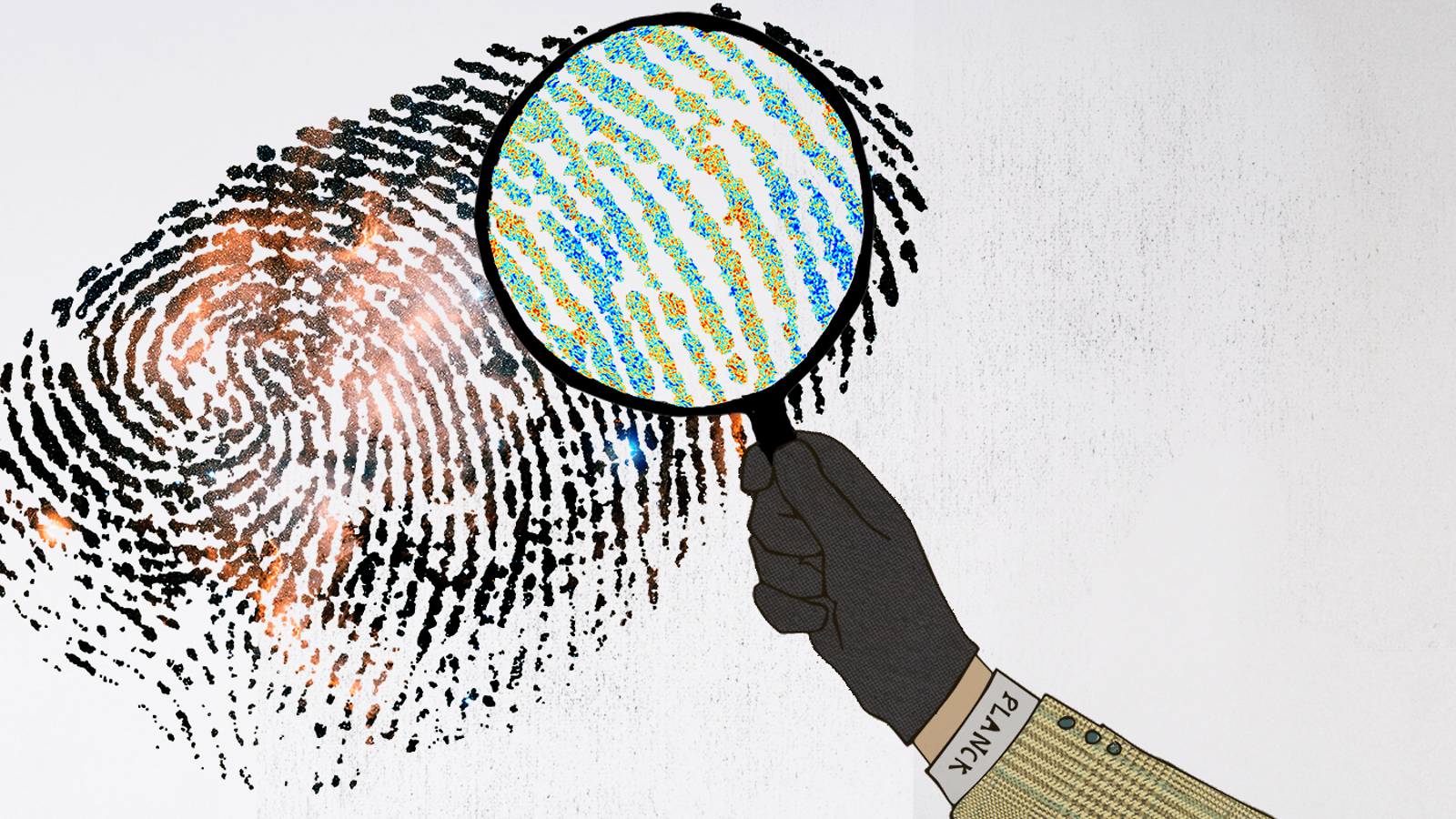 Secrets of the early universe

Planck, the space telescope that this year revealed unprecedentedly detailed information about the early universe, is just getting started.

If you had eyes that could see all photons, not just the ones in the visible part of the spectrum, you would be able to see that between the bright stars and galaxies, a faint background light made of microwaves pervades the universe, streaming toward you from all directions at all times.

The Planck telescope has just such a pair of eyes.

Earlier this year, Planck scientists used this light to take a detailed “baby picture” of the universe, revealing that the universe is older and contains more matter than previously thought. And as if that leap in understanding isn’t enough, Planck has even more data up its sleeve.

A flash of light

The faint glow that Planck sees between the stars and the galaxies formed long ago when the universe was about 370,000 years old. Back then, before there were stars or planets, a fog of hydrogen plasma and radiation filled the universe. As the then very hot, very dense universe expanded, things cooled enough for protons and electrons to combine to form atoms. This made the universe transparent for the first time, allowing light to travel relatively unhindered over great distances.

It also unleashed a flash of radiation imprinted with the topography of the universe at that very moment: the cosmic microwave background.

By looking at the distribution of irregularities in this shadow-version of the early universe, researchers seek to deduce the conditions of the universe at that time and understand the laws governing its dynamics.

Earlier this year, scientists on the Planck space mission released the most detailed map ever of the cosmic microwave background. In its tiny temperature fluctuations—which correspond to density fluctuations in the early universe—researchers discovered that the universe contains slightly more matter and less dark energy than previously thought. It also revealed that the universe is about 100 million years older and its rate of expansion is slower than previously determined.

The map also shows how matter is distributed in the universe, and gives credence to theories that random processes were at work during the epoch in which the universe expanded rapidly. This favors simpler theories of that inflation over more complex ones.

This new information is helping researchers test detailed models of how the universe formed and evolved—models that have implications for what will happen in the future as well. 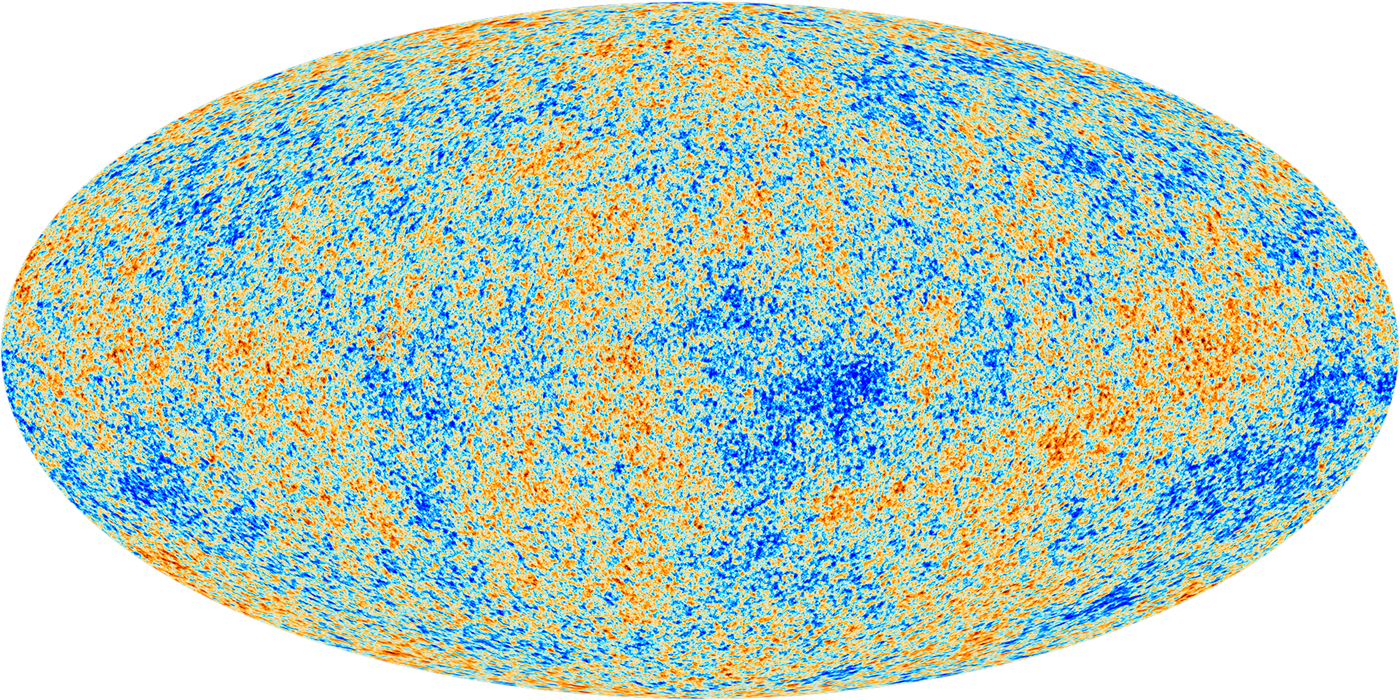 This Planck map shows the oldest light in our universe, revealing what the universe looked like 13.8 billion years ago.

Planck has even more in store for us. In addition to detecting temperature variations, the telescope also has the ability to detect the polarization of the cosmic microwave background light.

Light rays become polarized when they filter through certain materials or when they scatter off matter. The electric fields of most light waves are not correlated, but the electric fields of polarized light have the same orientation; the waves are aligned parallel to one another. Polarized sunglasses use this to their advantage by blocking only light polarized in a horizontal plane, the kind of light that causes glare, while letting in other types of light.

By studying polarized light from the cosmic microwave background, researchers may be able to see not only what the universe looked like when it was 370,000 years old, but also what’s happened within the universe since then.

One way to do this would be to look for evidence of gravitational waves hidden in the patterns of polarized light imprinted in the cosmic microwave background, says Planck project scientist Charles Lawrence of NASA’s Jet Propulsion Laboratory.

Gravitational waves are ripples in space-time that scientists think were generated when the universe expanded rapidly in the tiny sliver of a second after the big bang, a process called inflation. By observing these waves, researchers could learn about how the universe grew and changed over the intervening 13.8 billion years.

To understand this, Lawrence says, think of the cosmic background light traveling through the universe as the universe itself is developing over time.

“It’s as if a wagon set out from Philadelphia in 1773 to go to Los Angeles but travelled at an incredibly slow speed compared to the development of America,” he says. “The wagon would have seen the country’s history unfold and develop before arriving at Los Angeles. In the same way, this light can tell us about specific points in our universe’s history.”

Gravitational waves would have stretched and squeezed the light wavelengths, which then could have become polarized when it interacted with electrons in the primordial environment of the early universe. This polarized light from the past could tell scientists more about how gravitational waves formed, just as nicks or dust or water damage on a wagon slowly traversing the U.S. would tell an observer something about its journey. That, in turn, could help researchers better understand the evolution of the universe, answering questions like how much energy was involved in inflation.

Another type of polarized light that Planck can detect stems from the period of the universe’s history when the very first light-emitting objects formed.

Scientists think this happened around 400 million years after the big bang, when atoms started combining to form energy-emitting objects like stars. At that time, plasma made of hydrogen atoms surrounded these objects and absorbed the energy they emitted.

This process freed electrons that orbited the hydrogen atoms and left the electrons travelling through space, where they collided into and polarized cosmic microwave background light.

In another example of the wagon analogy, this polarized light would have made its way to the present day as the universe expanded. Studying the light makes it possible to more accurately pinpoint major developments, including the time when the first luminous objects in space formed, Lawrence said.

Planck will start releasing its polarization data in 2014.

Planck will take more sensitive measurements than any previous such telescope, in both temperature fluctuations and polarization. With this data, scientists will learn about the universe’s youth and how it’s grown up since then.

The measurements may allow scientists to deduce the existence of new particles, forces or dimensions that existed in the universe’s first moments. If so, that knowledge will offer a more comprehensive understanding of the laws at work in the universe today.

The universe’s baby picture is getting clearer and clearer.

The first cosmology results from the Planck satellite reveal an older universe populated with less dark energy and more matter than expected.