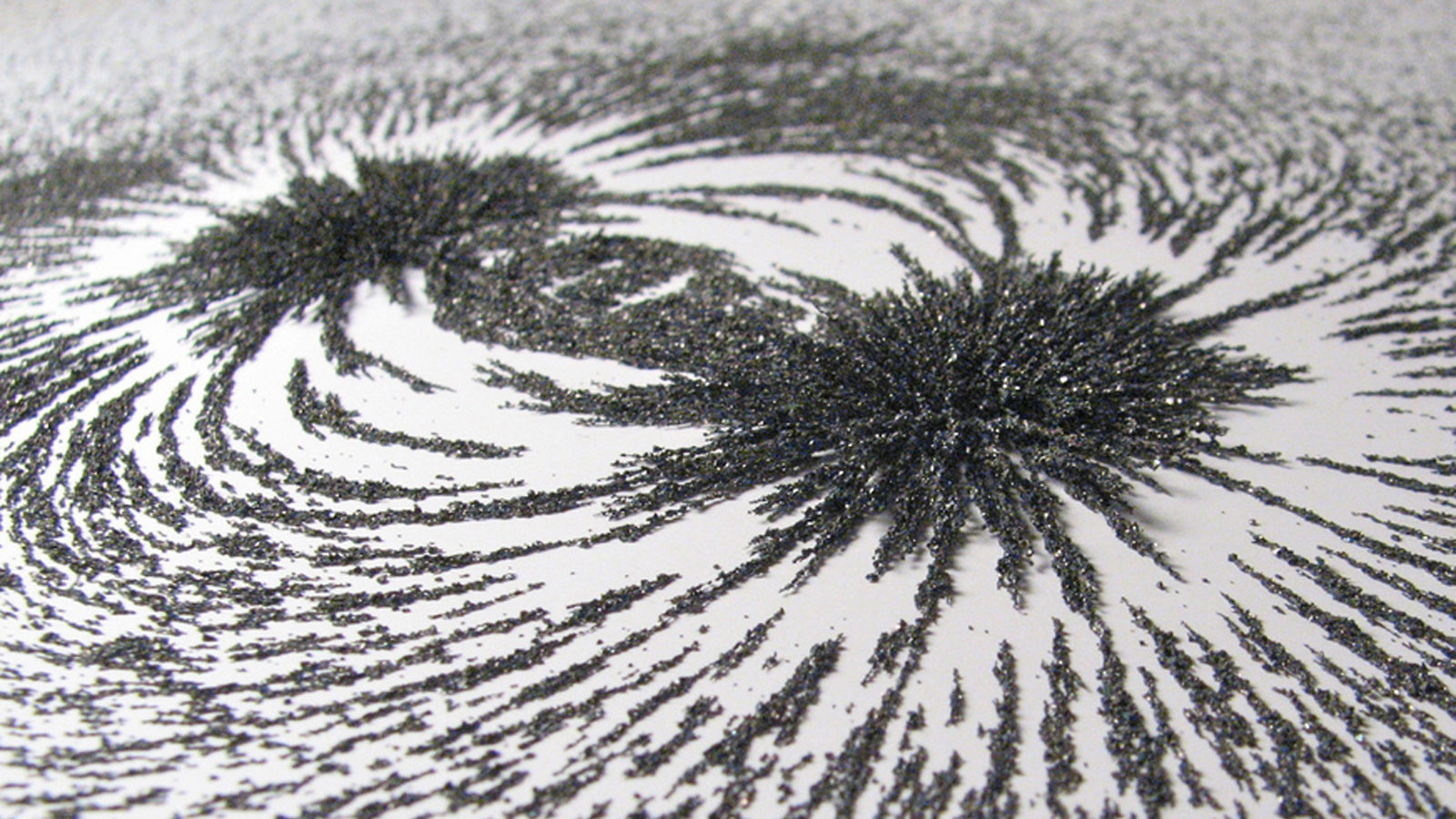 When scientists talk to non-scientists about particle physics, they talk about the smallest building blocks of matter: what you get when you divide cells and molecules into tinier and tinier bits until you can’t divide them any more.

That’s one way of looking at things. But it’s not really the way things are, said Caltech theoretical physicist Sean Carroll in a lecture at Fermilab. And if physicists really want other people to appreciate the discovery of the Higgs boson, he said, it’s time to tell them the rest of the story.

“To understand what is going on, you actually need to give up a little bit on the notion of particles,” Carroll said in the June lecture.

You’re already familiar with some fields. When you hold two magnets close together, you can feel their attraction or repulsion before they even touch—an interaction between two magnetic fields. Likewise, you know that when you jump in the air, you’re going to come back down. That’s because you live in Earth’s gravitational field.

Carroll’s stunner, at least to many non-scientists, is this: Every particle is actually a field. The universe is full of fields, and what we think of as particles are just excitations of those fields, like waves in an ocean. An electron, for example, is just an excitation of an electron field.

This may seem counterintuitive, but seeing the world in terms of fields actually helps make sense of some otherwise confusing facts of particle physics.

If we think in terms of fields, this sudden appearance of new kinds of particles starts to make more sense. The energy and excitation of one field transfers to others as they vibrate against each other, making it seem like new types of particles are appearing.

Thinking in fields provides a clearer picture of how scientists are able to make massive particles like Higgs bosons in the Large Hadron Collider. The LHC smashes bunches of energetic protons into one another, and scientists study those collisions.

“There’s an analogy that’s often used here,” Carroll said, “that doing particle physics is like smashing two watches together and trying to figure out how watches work by watching all the pieces fall apart.

“This analogy is terrible for many reasons,” he said. “The primary one is that what’s coming out when you smash particles together is not what was inside the original particles. ... [Instead,] it’s like you smash two Timex watches together and a Rolex pops out.”

What’s really happening in LHC collisions is that especially excited excitations of a field—the energetic protons—are vibrating together and transfering their energy to adjacent fields, forming new excitations that we see as new particles—such as Higgs bosons.

Thinking in fields can also better explain how the Higgs works. Higgs bosons themselves do not give other particles mass by, say, sticking to them in clumps. Instead, the Higgs field interacts with other fields, giving them—and, by extension, their particles—mass.

The Higgs boson may be the media darling, Carroll said, but the real star is the Higgs field. It’s the reason the universe looks the way it does.

Particles, Fields and The Future of Physics - A Lecture by Sean Carroll