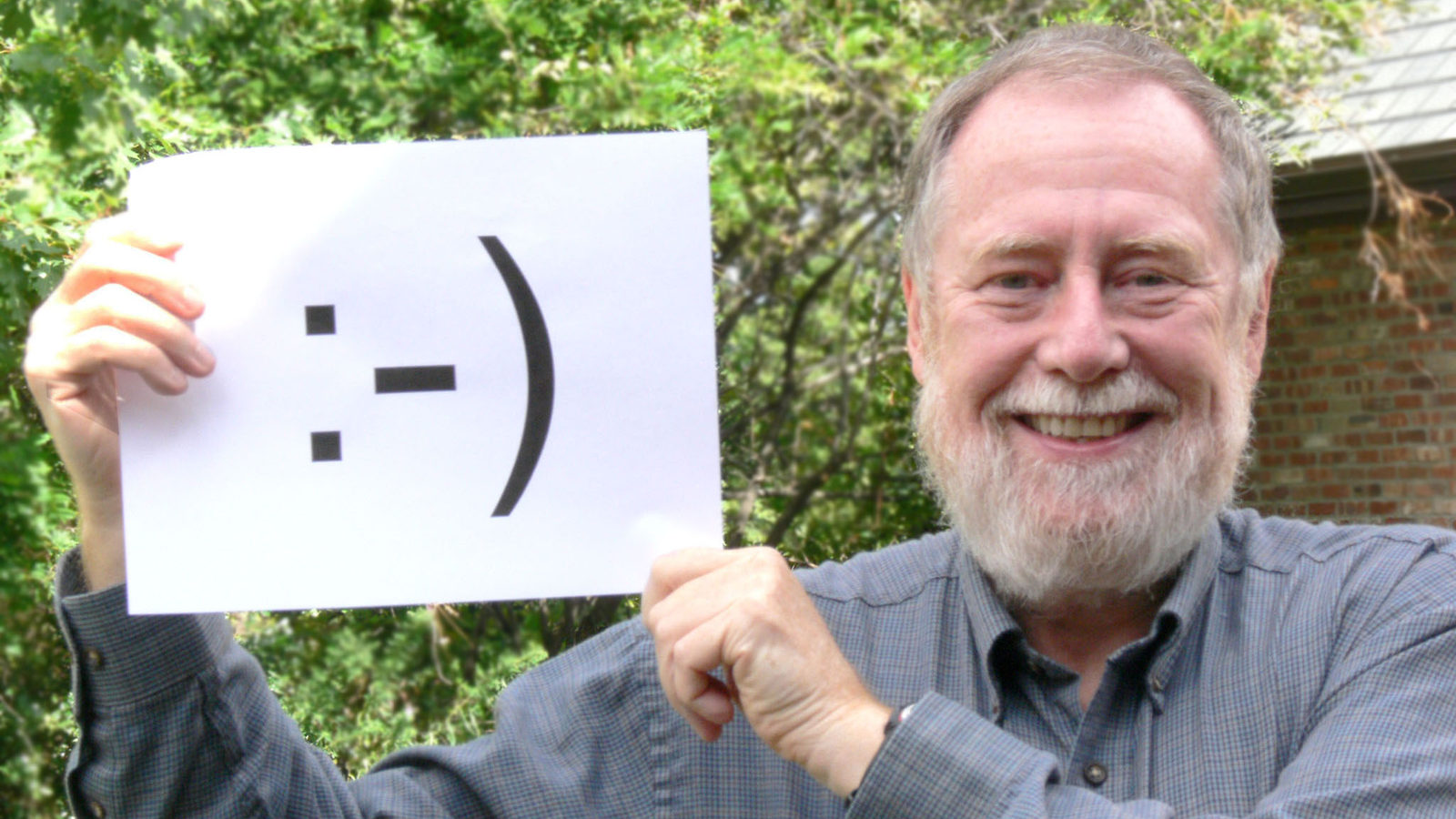 Physics and the birth of the emoticon

Carnegie Mellon University alumni trace the origin of the smiley to a group of computer scientists discussing a physics puzzle in 1982.

The use of the smiley face may be frowned upon in professional communications, but it’s an essential part of the lexicon of the Internet. It didn’t take long after the invention of the message board for people to start using it. According to alumni of Carnegie Mellon University, it all began with a joke in a conversation about physics.

On Sept. 16, 1982, Neil Swartz, a computer scientist at CMU, posed a physics problem to his computer science colleagues on the department’s “bboard,” a form of early online message board similar to today’s Facebook group. Bboard users often posted science puzzles for one another to solve and had been discussing the riddle of whether a canary could fly in an elevator during free fall.

Swartz presented a new scenario, which involved a lit candle mounted on an elevator wall and a drop of mercury on the floor.

“The cable snaps and the elevator falls,” Swartz wrote. “What happens to the candle and the mercury?”

“Because of a recent physics experiment, the leftmost elevator has been contaminated with mercury,” Gayle wrote. “There is also some slight fire damage. Decontamination should be complete by 08:00 Friday.”

Despite posts noting that the warning was meant in jest, some people apparently took the notice at face value, believing a mercury spill had actually taken place. Various bboard users began joking about different symbols that could identify posts that weren’t meant to be serious.

Eventually, Scott Fahlman, then a computer science research assistant professor, proposed using :-) for joke posts—or, given the preponderance of joke posts, simply using :-( for serious ones.

His smiley caught on at CMU and soon spread via messages to other universities and companies connected to ARPANET, a Department-of-Defense-funded network of computers that preceded today’s Internet. (CERN software engineer Tim Berners-Lee later created the World Wide Web, which allowed computers connected via the Internet to simply access a common set of information.) 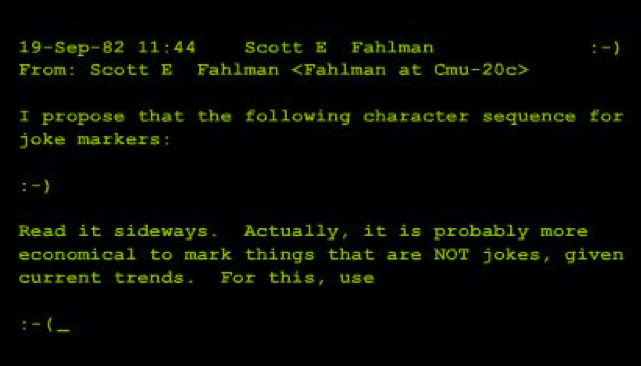 “Within a number of months, it was in common use in the computer science research community,” says former CMU research programmer Mike Jones, who remembers reading Fahlman’s suggestion while he was at the university. Jones, now a standards architect at Microsoft, led the effort to uncover the original thread containing Fahlman’s post.

As ARPANET became linked to other networks across the world and eventually formed the Internet, the smiley went along with it.

Some have suggested that people used emoticons prior to Fahlman’s smiley. A man named Kevin MacKenzie is reported to have used a version of the smiley in a 1979 mailing list called MsgGroup. However, the invention of the smiley is generally credited to Fahlman, who believes his use is the one that ultimately caught on.

“I don’t think any of us were actual physicists,” Fahlman says of the participants in the physics conversation that led to his smiley, “but we were all sort of science nerds.”

For any fellow science nerds who have been waiting for the answer to the elevator problem, here it is, straight from Swartz:

“The answer is that the candle goes out due to lack of oxygen. (There are no longer any convection currents to keep feeding it.) The mercury forms into an ellipsoid due to surface tension. In balling up it exerts a force on the floor, which sends it towards the ceiling. It will bounce back and forth between ceiling and floor until the elevator hits the ground. All of this neglects the friction on the guide rails, vibrations, etc.”