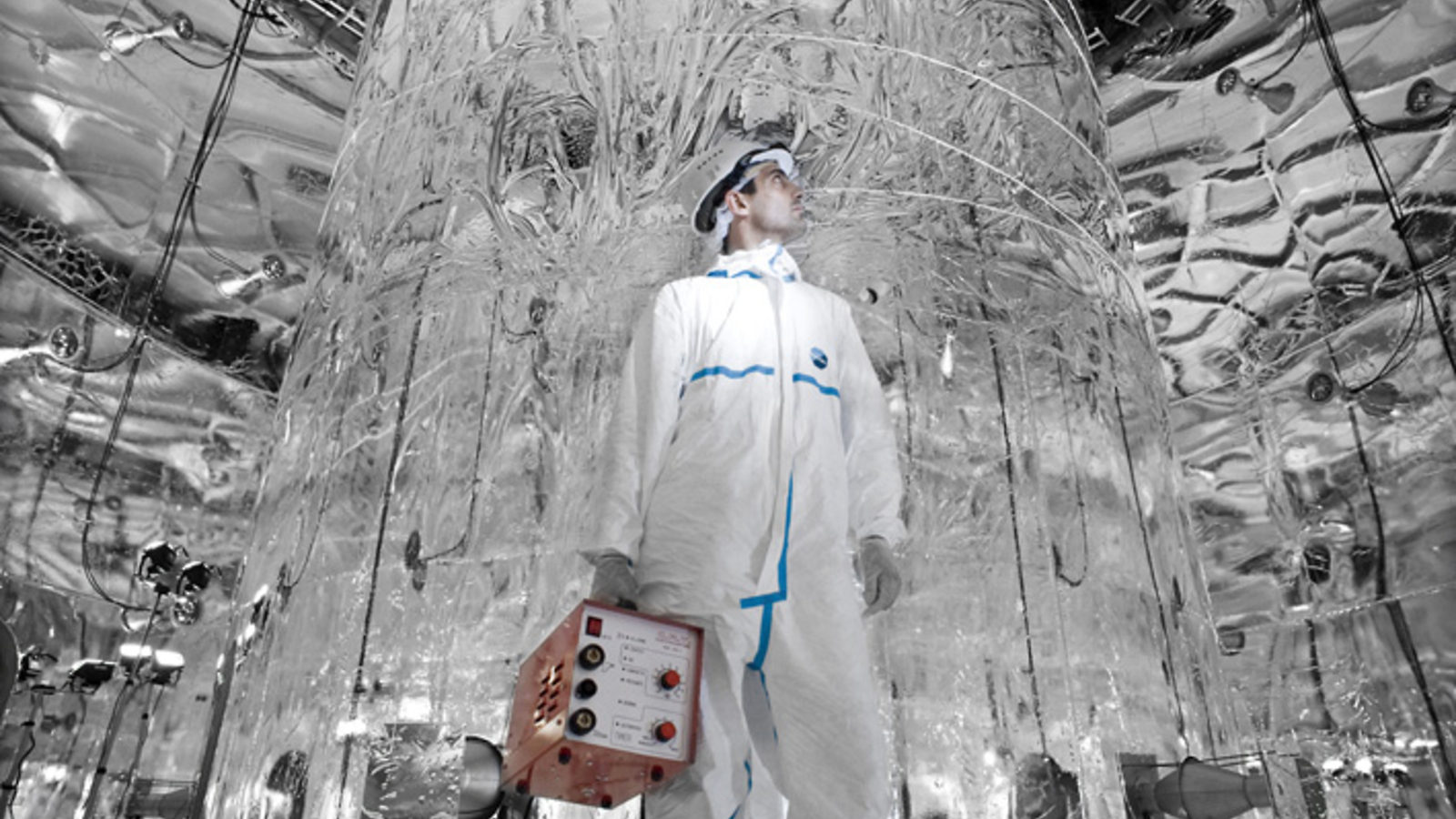 Deep under the Abruzzo mountains in Italy, researchers have been looking for a very, very rare event. If they find what they’re looking for, it will mean that, unlike all other elementary matter particles, the neutrino does not have an equivalent antiparticle and instead is its own antiparticle. Such is the strange world of particle physics.

The GERDA collaboration, which includes scientists from 19 European research institutes and universities, searches for evidence of this process at Italy’s Gran Sasso National Laboratory. In an underground experiment shielded beneath about 1400 meters of rock, they’re studying double beta decay—a type of radioactive decay in which an unstable atom emits two electrons as well as two neutrinos. GERDA scientists want to see if it ever skips those last two particles. If they observe this process, called “neutrinoless double beta decay,” it will mean that something truly strange is going on.

The process of double beta decay (the kind that includes observation of two neutrinos) was measured to have a half-life of 2x1021 years (that’s a 2 with 21 zeros after it). Neutrinoless double beta decay should occur at an even lower—but still observable—rate.

By not observing a neutrinoless signal in its germanium-based apparatus, the GERDA collaboration was able to set the world’s best lower limit for the half-life of neutrinoless double beta decay in germanium: 2.1x1025 years.

In the coming years, the GERDA collaboration will increase its sensitivity and further block out the background “noise” of other processes that can mimic a signal. Future data and analyses will reveal more about neutrino properties.

Learning about these properties will help physicists determine what role neutrinos played in the formation of the universe.