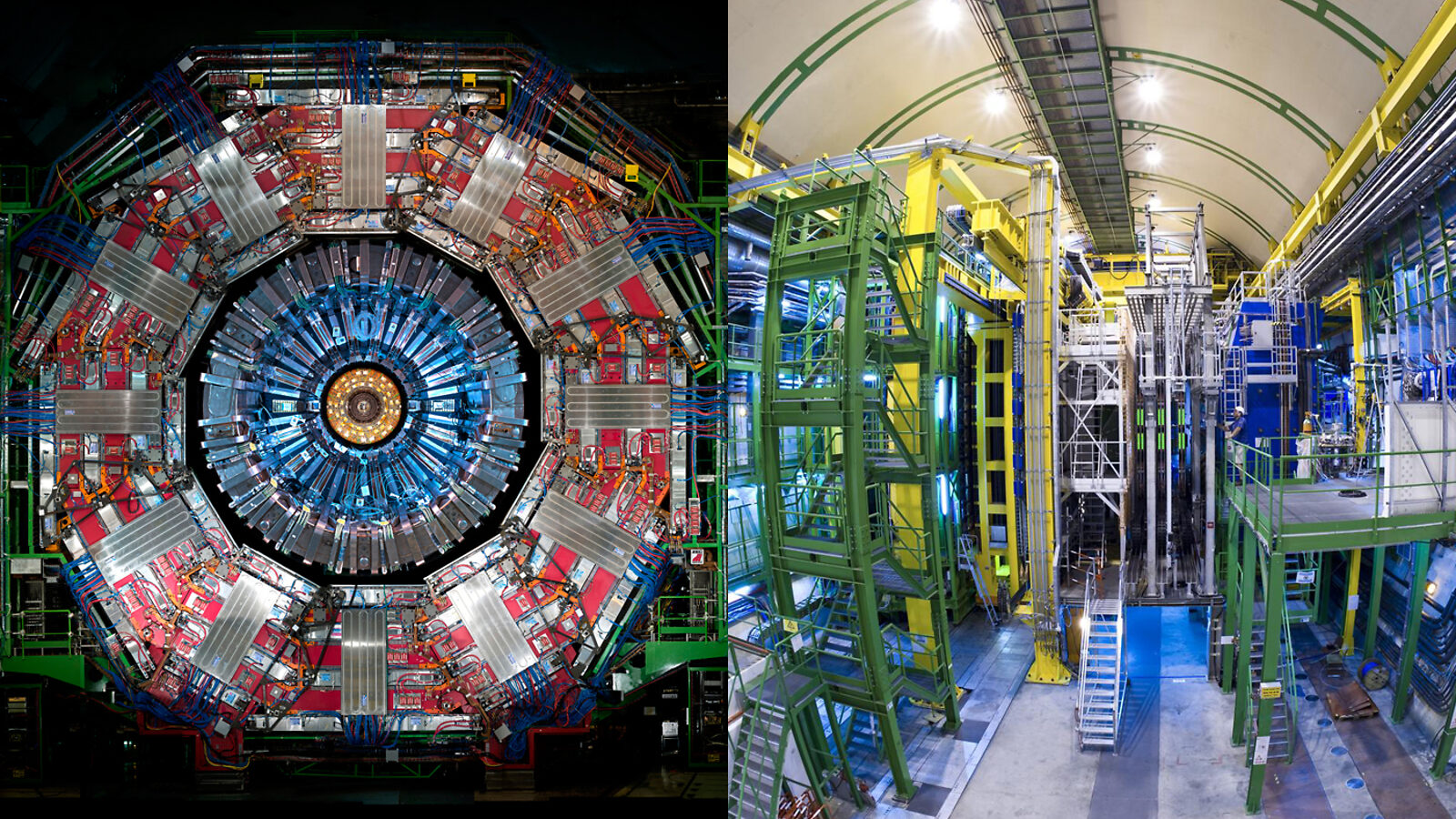 After a quarter of a century of searching, physicists have discovered a rare particle decay that gives them an indirect way to test models of new physics.

Researchers on the CMS and LHCb collaborations at the Large Hadron Collider at CERN announced at the EPS-HEP Conference in Stockholm, Sweden, that their findings agreed closely with the Standard Model of particle physics, ruling out several models that predict new particles.

In this result, physicists showed for the first time enough evidence to declare the discovery of a decay of a particle made up of two kinds of quarks—anti-bottom quarks and strange quarks—into a pair of particles called muons.

“This is a victory for the Standard Model,” said CMS physicist Joel Butler of Fermi National Accelerator Laboratory. “But we know the Standard Model is incomplete, so we keep trying to find things that disagree with it.”

The Standard Model predicts that the particle, called B-sub-s, will decay into two muons very rarely, only three times in every billion decays. However, the Standard Model assumes that the only particles involved in the decay are the ones physicists already know. If other, unknown particles exist, they might interfere, either making the decay happen more frequently than predicted or effectively canceling the decay out.

"This is the place to look for new physics," said LHCb physicist Sheldon Stone of Syracuse University. "Small deviations from the predicted rate would firmly establish the presence of new forces or particles."

What scientists found was a decay that followed the Standard Model’s predictions almost to the letter. This spells trouble for several models, including a number of models within the theory of supersymmetry, which predicts that each known particle has an undiscovered partner particle.

But the hunters of new particles have not lost hope; the result leaves room for other models of physics beyond the Standard Model to be correct.

The US Department of Energy’s Fermi National Accelerator Laboratory serves as the US hub for more than 1000 scientists and engineers who participate in the CMS experiment. DOE and the National Science Foundation support involvement by about 2000 scientists and students from US institutions in the LHC experiments CMS, ATLAS, LHCb and ALICE—the vast majority participating at their home institutions via a powerful broadband network that ships data from CERN.

The analysis is a tour-de-force for the two LHC experiments, which needed to eliminate an enormous amount of background information generated by other particle decays that mimic the decay they were looking for. The latest results from searches at the ATLAS experiment at CERN and the CDF and DZero experiments at Fermilab are consistent with the results from the LHCb and CMS experiments.

As much as scientists can learn from measuring this decay, they can learn even more if they compare it to the decay of another particle made of quarks: B-sub-d, which is made of a bottom quark and an anti-down quark. A B-sub-d particle should decay even more rarely into a pair of muons than a B-sub-s particle. Physicists did not have enough data to make a definitive statement about this decay in this analysis, but their work shows that they will be able to gather evidence of it after the LHC restarts in 2015 at higher energy.