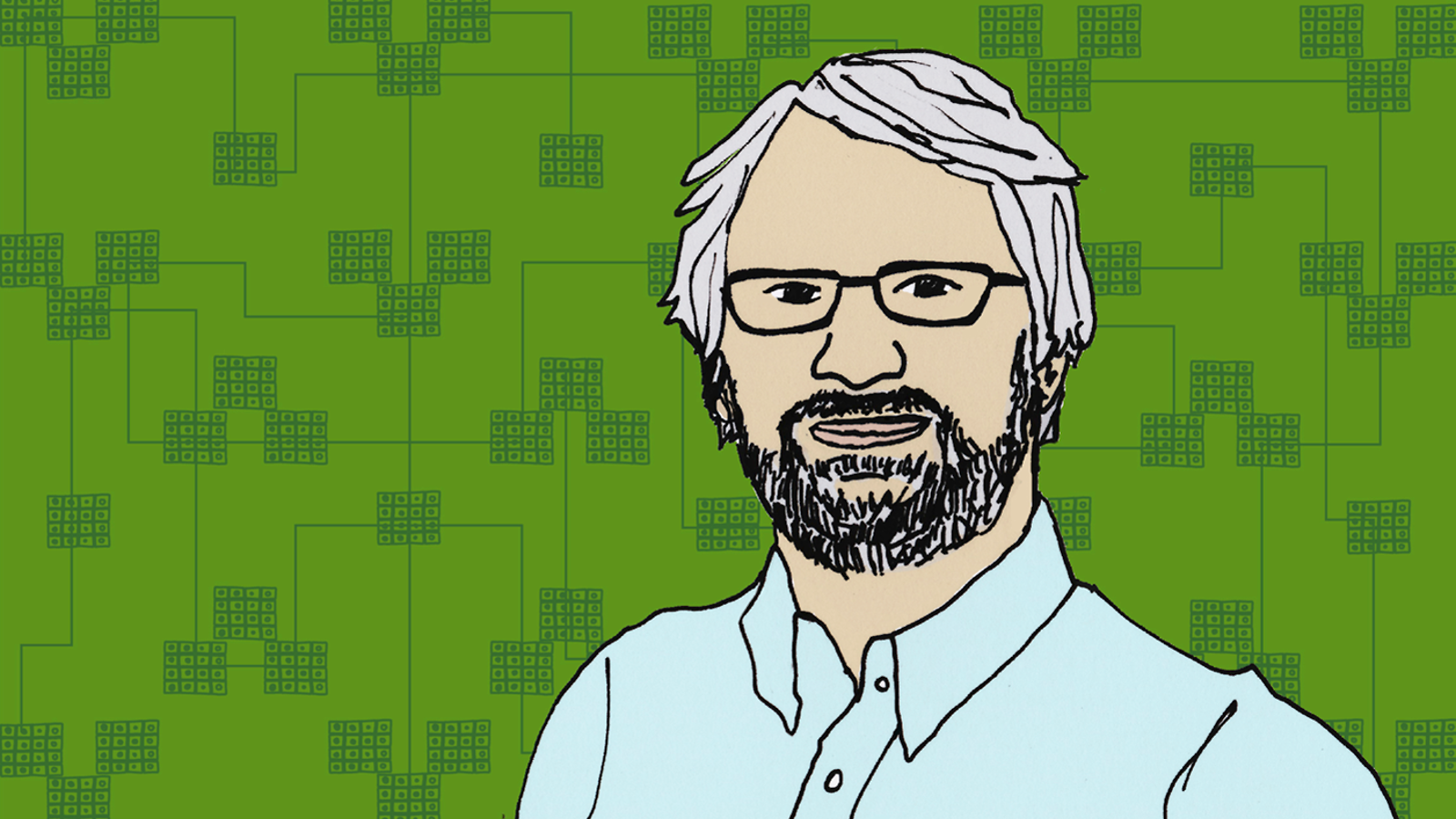 Maehlum is now general manager at that company—Integrated Detector Electronics AS, or IDEAS—where he and a crew of 13 employees are behind-the-scenes contributors to an array of scientific discoveries and valuable technologies. The electronics produced by IDEAS seek dark matter, detect hidden cancers, track decay products in particle physics experiments, and more.

Maehlum says he feels like he “never really left particle physics.” That’s because his company applies particle physics tools and technologies to everything from space science to biology to radiation safety.

The company’s roots go back to the European particle physics laboratory, CERN, in the mid-1980s, when Maehlum and fellow University of Oslo graduate student Einar Nygaard worked together on developing silicon microstrip detectors and readouts to precisely reconstruct the path taken by very short-lived particles in the DELPHI detector, one of four large detectors at the particle collider that preceded the Large Hadron Collider at CERN.

The technology was new and progressing at the time; now it’s standard in particle physics experiments. Nygaard and others founded the business in 1992 with the idea that it could be applied to other sciences.

The basic technology comprises tiny strips of a semiconductor such as silicon packaged with electronics to amplify and read out signals. IDEAS has designed more than 100 of these Application Specific Integrated Circuits, or ASICs, for a wide range of applications.

The language of science

As a boy, Maehlum became fascinated with science in his small villiage library, where he stumbled across a modern physics book that delved into subatomic particles and “the mysterious concept of spin, which I did not understand at the time and probably still do not understand,” Maehlum jokes.

An affinity for travel was additional incentive to study physics. Maehlum’s time at CERN included helping to build DELPHI and analyzing that experiment’s data on B meson lifetimes for his PhD. Postdoctoral research jobs took him to Germany and then Italy, where he worked on the Alpha Magnetic Spectrometer, now aboard the International Space Station looking for dark matter and antimatter with a sophisticated combination of detectors—including 1500 ASICs delivered by IDEAS.

In 1997, Nygaard recruited Maehlum to leave Italy and come work at IDEAS, whose customers include commercial firms, universities, CERN and space agencies including NASA, Europe’s ESA and Japan’s JAXA.

“Customers have a very deep knowledge of what they want and my background enables me to communicate with them in the familiar language of science,” Maehlum says.

And they usually find it more efficient and cost-effective to buy ASICs and related products rather than make them in house, Maehlum says.

IDEAS continues to develop and diversify radiation technology, including pioneering the use of cadmium zinc telluride (in place of silicon) to achieve extremely high radiation sensitivity. These detectors are beginning to help diagnose cancers, monitor radioactive materials from a safer distance, and assess potential new drugs and treatments in medical labs.

Koki Yoshioka, formerly Maehlum’s boss at IDEAS and currently managing director at Corentium AS in Oslo, says “Gunnar has the right combination of boldness and technical skills and competences acquired as an experimental physicist to successfully drive a company delivering innovative products.”