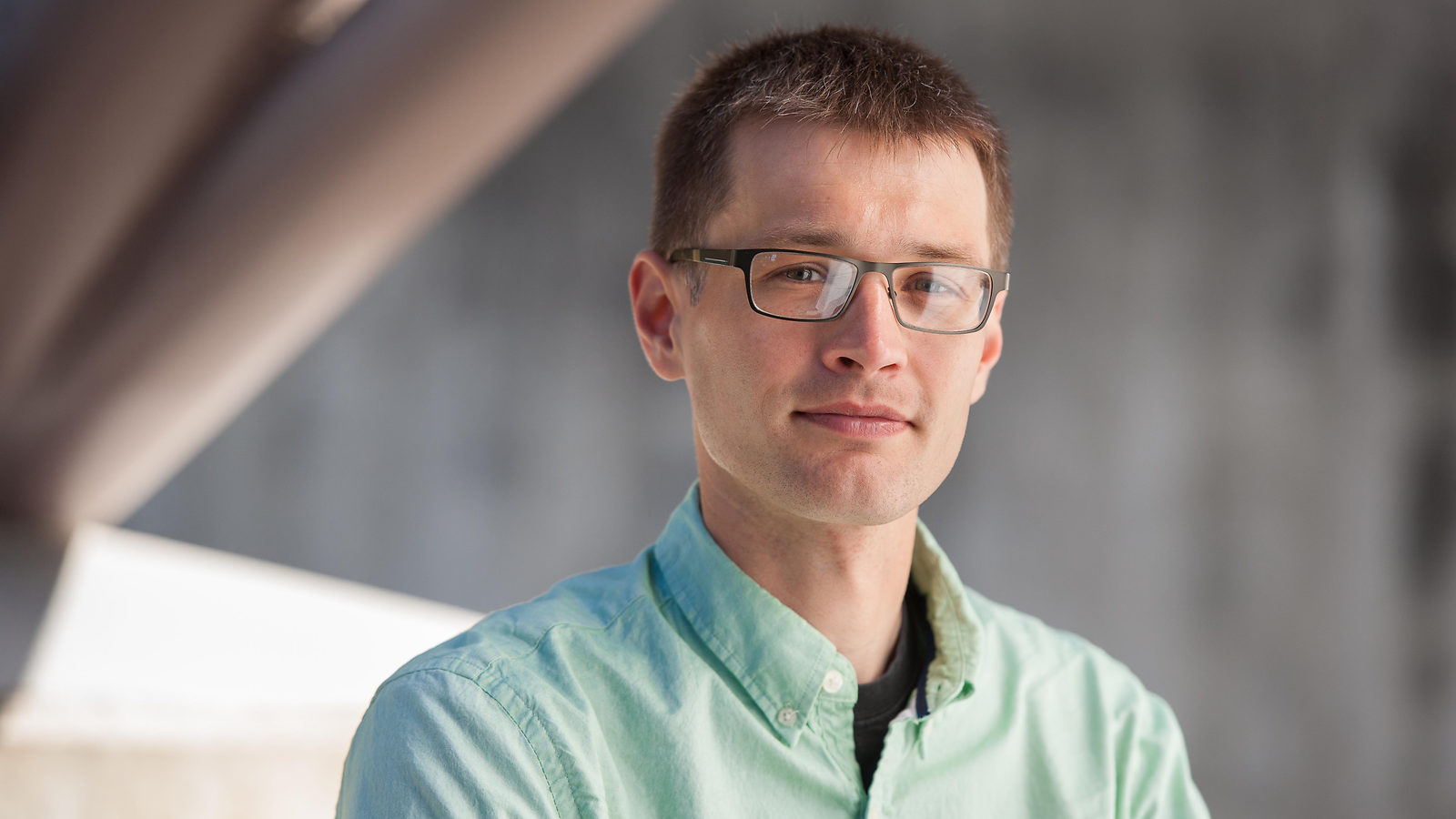 Brian Gerke follows the second law of thermodynamics: He likes to spread his energy in different directions.

An English major who also studied physics—not physics for poets, but a rigorous second major in physics—Gerke has always prized a full, diverse life.

So even though it wasn't an easy decision after 10 years in cosmology research, he stepped off the well-trod path leading to a faculty position a year ago to pursue energy-efficiency research.

“Basic research is very important and exciting; I’m really glad I spent a decade in cosmology,” Gerke says. “And that preparation has served me very well in my new technical field, where I’m using my training to produce more immediate outcomes.”

It turns out that helping to set national energy-efficiency standards is a great career for someone with a PhD in physics (from the University of California, Berkeley) and three years of experience studying galaxy formation at the Kavli Institute for Particle Astrophysics and Cosmology (based at SLAC National Accelerator Laboratory and Stanford University).

And for someone who’s sung in a madrigal choir, painted a 50-foot portrait of Waldo at the Burning Man festival in Nevada and rowed for a Cambridge University boat club, the job offers variety of its own. Gerke gets the chance to help craft policies that serve multiple interests: saving people money, growing the economy and reducing the severity of climate change.

A senior scientific engineering associate, Gerke is one of seven physics or astronomy PhDs working in the Energy Efficiency Standards Group at Lawrence Berkeley National Laboratory.

The PhD comes in handy.

“We’re frequently faced with trying to model a particular sector of the market that’s complicated and difficult,” Gerke says. “A sophisticated background in data analysis and modeling is essential to getting that done.”

How’s this for applied?

Thanks to the Energy Efficiency Standards Group and the US Department of Energy, which oversees both SLAC and Berkeley Lab, your refrigerator uses only a quarter of the energy of a 1975 model, despite being larger and self-defrosting. Other home appliances have also seen big drops in their energy consumption because of efficiency standards.

On a national scale, this adds up to smaller utility bills, fewer power plants and fewer polluting emissions.

The DOE standards began with analysis work on refrigerators in 1979 and have since propelled major advances in the areas they cover: residential and commercial appliances, lighting products, office equipment and more.

Altogether, those products account for an estimated 82 percent of home energy use, 67 percent of commercial building energy use and 50 percent of industrial energy use.

“These are significant numbers,” Gerke says. “It’s important that we get the standards right to save everybody the maximum amount of money and energy.”

Cost-effective energy efficiency standards not only save households a lot of money, they put more money into manufacturing—a sector of the economy that's driving economic growth—and less money into the energy sector, where higher prices tend to suppress growth.

To recommend technically and economically feasible standards to DOE, Gerke and his Energy Efficiency Standards Group cohort seek the sweet spot between the newest, most efficient technology and the price of incorporating that technology into an appliance—years before manufacturers have to roll out new products.

That involves not only studying new technologies, but also forecasting future prices of products that use those technologies. Energy-efficient products tend to have higher purchase prices, but over the long haul their total cost is less because they use less energy to chill food or heat water.

One way to peer into the future is to create complex mathematical models that take past trends into account. Based on such recent work, Gerke was able to conclude that simply by doing cost-effective things, like switching to more efficient light bulbs, US home energy consumption could fall as much as 40 percent by 2050. Such measures would account for about half of US targets for reducing carbon emissions if similar savings were applied economy-wide.

“Cost-effective energy efficiency standards not only save households a lot of money, they put more money into manufacturing—a sector of the economy that’s driving economic growth—and less money into the energy sector, where higher prices tend to suppress growth,” Gerke says.

In addition, his analysis revealed that the greatest energy savings are likely to come from technological advances in lighting, space heating and water heating. Focusing on those areas will yield the greatest benefits.

Along these lines, Gerke is currently running a real-time experiment, employing a Web crawler he built to methodically browse the internet, tracking the price, efficiency and brightness of different types of light bulbs. This data collection will allow the group to see the effects of technological change on choices, price and other factors. The data have confirmed that LEDs are already more cost-effective than incandescent or halogen lighting, and are rapidly gaining ground on compact fluorescents.

“You can see the movement in just a few months of retail data,” Gerke says. “This means that, as we expected, LED lighting is likely to be the most cost-effective technology in the near future.”

The first law of thermodynamics: Energy is conserved

Because Gerke switched from one analysis-intense field to another, the transition was more comfortable than he expected. For example, knowing programming languages has proved useful.

Building custom programs and equipment is commonplace at Kavli, and that’s something Gerke continues in his new role, with success: The Web crawler he designed as a test case is being adopted for data collection with other types of products.

“The main skill I have that's valuable in moving to a different field is a willingness and confidence to attack problems that I have no idea how to solve,” he says. “When you’re training in physics, that’s in fact the whole point: What do I need to learn to do to be able to work on this?”

Working outside the accelerator

A PhD in particle physics can be a stepping stone to a career outside physics research.