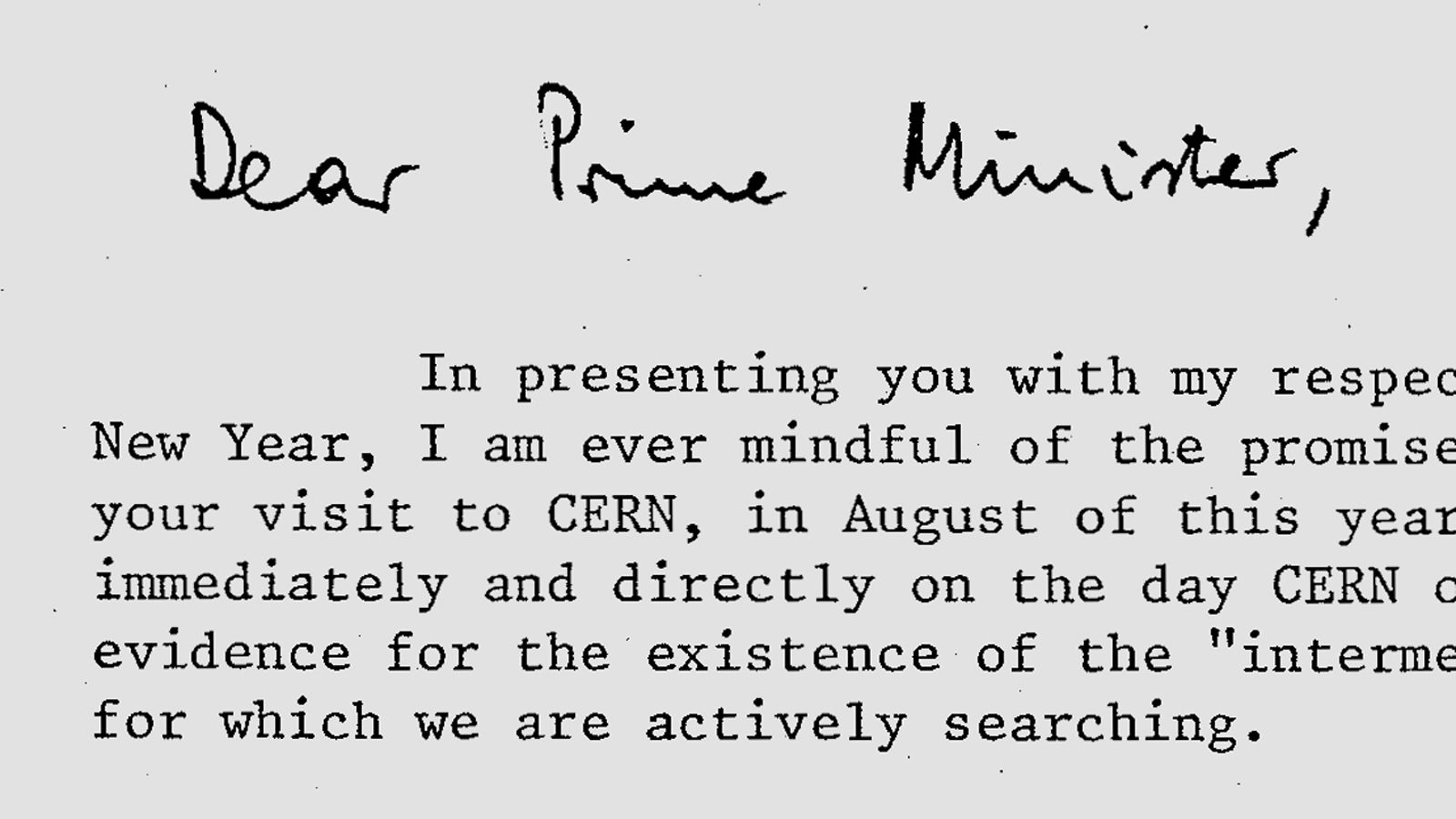 In August 1982, Margaret Thatcher, then prime minister of the United Kingdom, paid a private visit to the European laboratory CERN. On her arrival she told Director General Herwig Schopper that she wanted to be treated as a fellow scientist. Schopper gave Thatcher, who had studied chemistry, a tour of the laboratory and told her about the ongoing search for the carriers of the weak nuclear force.

At CERN, scientists operating two large underground detector assemblies, UA1 and UA2, were in hot pursuit of these bosons. They were collecting signals of particles emerging from proton-antiproton collisions produced at the laboratory. Schopper promised the prime minister that he would inform her when the scientists had found the elusive bosons. Four months later, Schopper sent her this letter, sharing with her “in strict confidence” the news about the imminent discovery of the weak bosons. He explained that scientists had found the decay of a positively charged W boson into a positron and a neutrino (W+ → e+ +ν).

On January 25, 1983, CERN held a press conference to announce the discovery of the W boson. UA1 and UA2 had recorded a total of nine events consistent with a W signature. The particle was more than 15 times heavier than any other fundamental particle previously observed. About four months later, CERN announced the discovery of the Z boson.