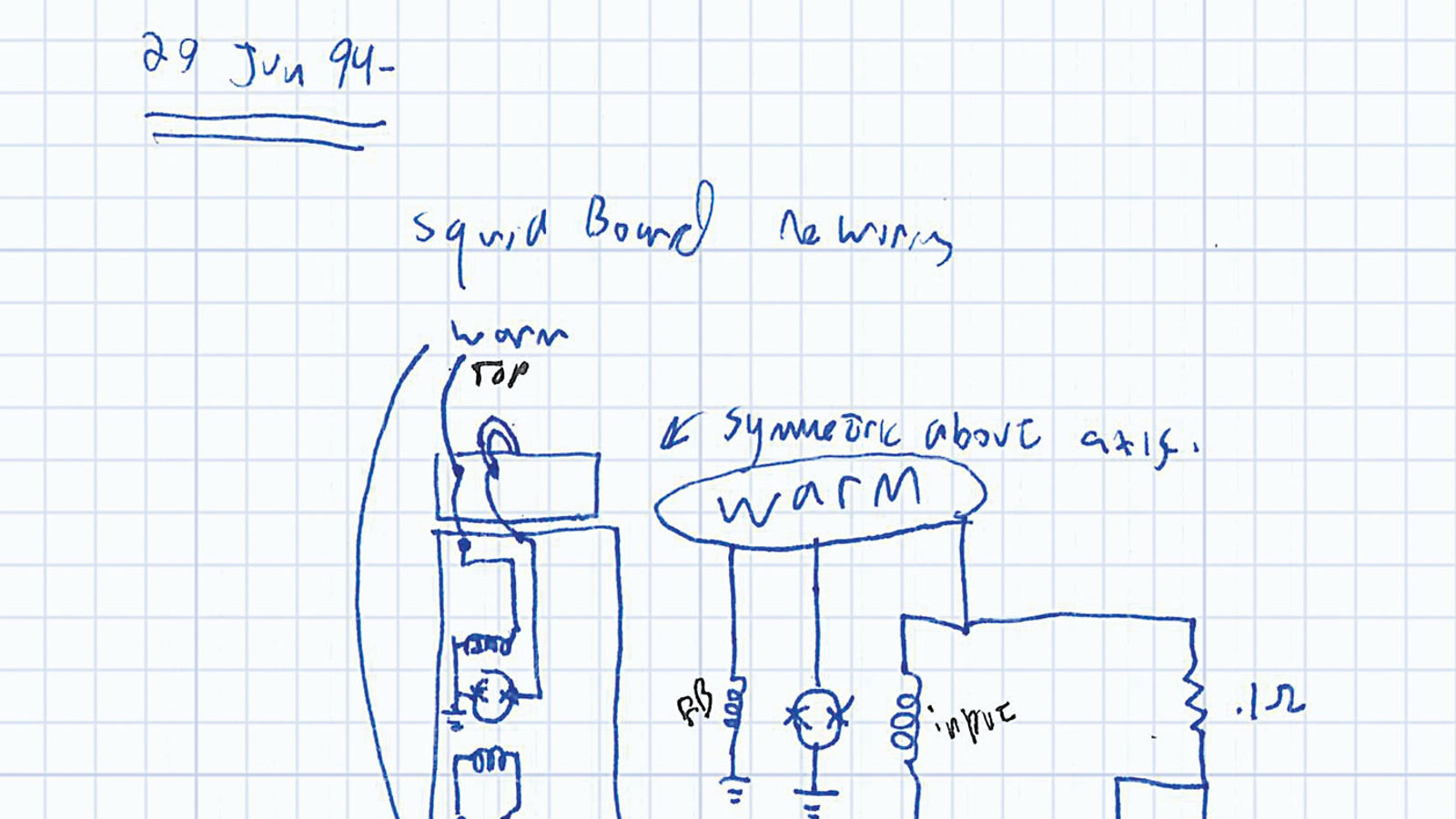 An update to technology more than a century old might be key to making the next big discovery in particle physics.

This wiring diagram, drawn in 1994, is an early sketch of a concept that might help scientists detect dark matter or discover what happened just after the big bang. It was drawn by physicist Kent Irwin of Stanford University and SLAC National Accelerator Laboratory, about a year into his development of the transition edge sensor.

The TES makes use of a centuries-old concept in particle detection. The cooler a metal is, the better it is at conducting electricity. A particle that hits a metal will give itself away by producing heat and changing the metal’s conductivity.

In the late 1800s, American astronomer Samuel Langley created a bolometer, a device that used delicately balanced metals to detect the smallest changes in heat. By 1880, it was sensitive enough to detect the thermal radiation from a cow standing in a field more than a quarter of a mile away. Today, technology based on Langley’s bolometer is used in many experiments, including the Planck satellite, which studies patterns in light from the early universe.

However, bolometers operating at this transition temperature also tend to become unstable. 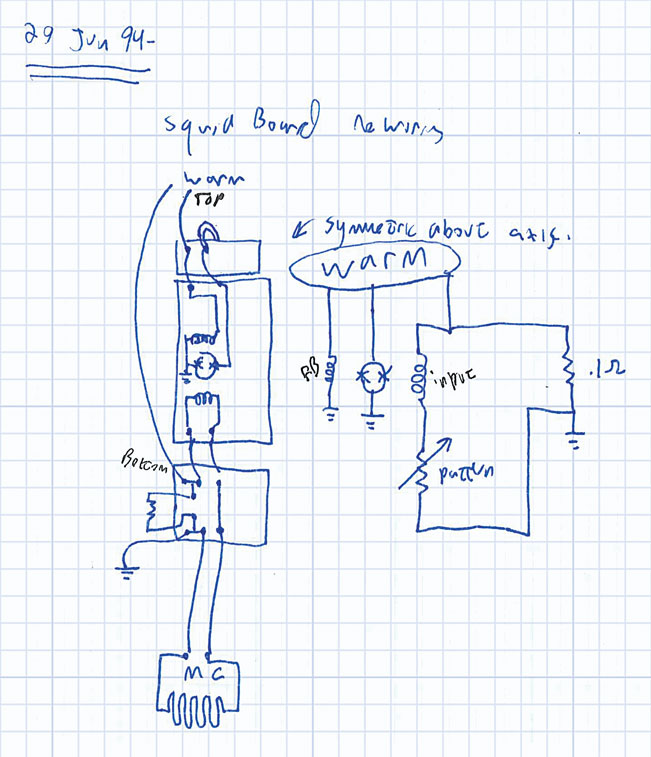 Irwin was working with physicist Blas Cabrera, also of Stanford University, on a new idea for a dark matter detector when he thought of a way to overcome this weakness. Instead of putting a current through the superconductor and measuring the change in voltage, he would put a voltage across the superconductor and measure the change in current. In his detector, when the temperature rose, the metal’s resistance would go up, causing the current to drop. This would lower the temperature, making the operation stable.

Today, large arrays of transition edge sensors are essential to a variety of experiments, such as the Cryogenic Dark Matter Experiment, the BICEP2 experiment, the South Pole Telescope and the Atacama Cosmology Telescope—all of which are striving to make the next big discovery.