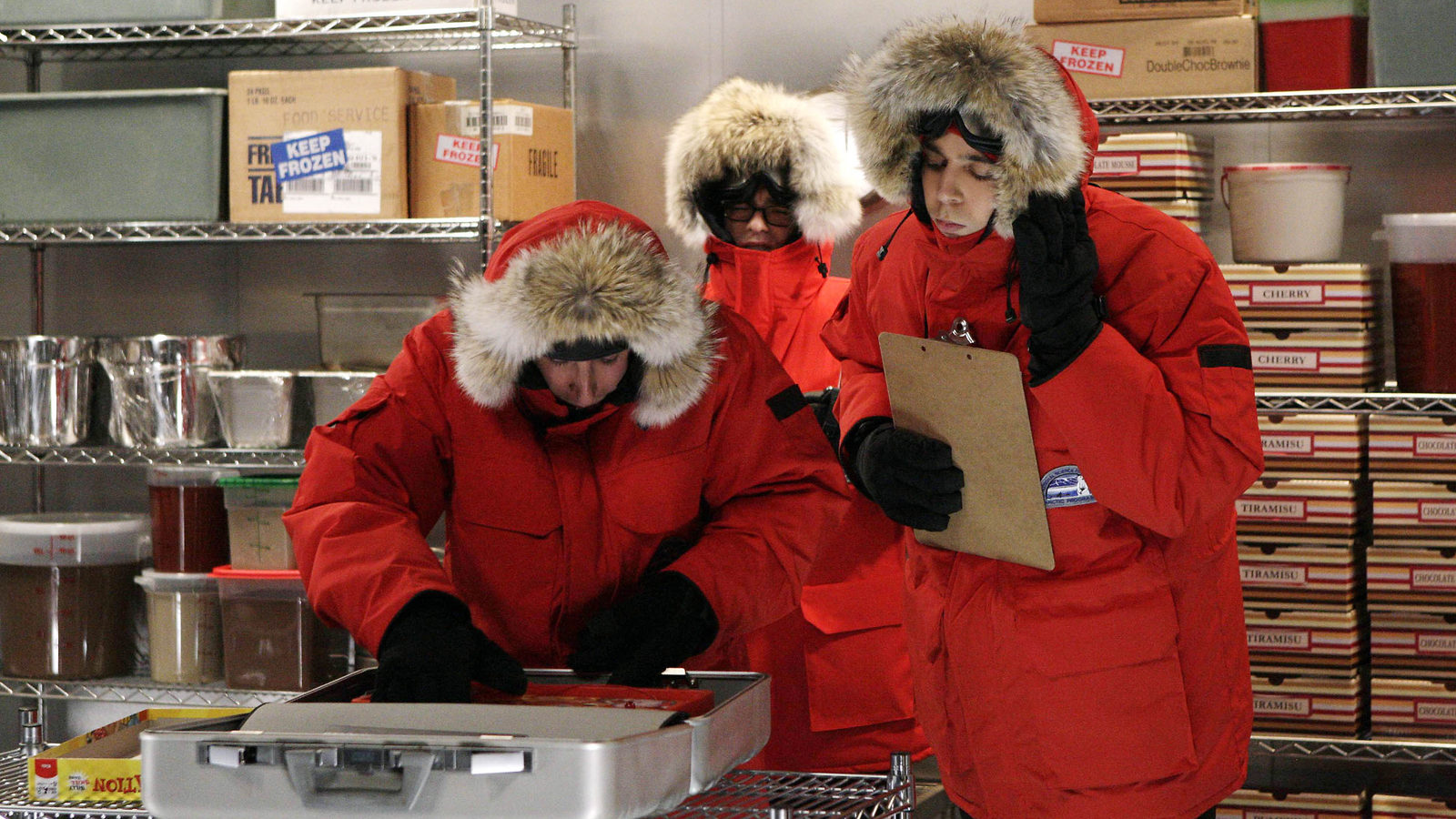 In the season two finale of the show The Big Bang Theory, four of the show’s main characters decide to head on an expedition to the North Pole. To get a taste of the arctic cold before leaving Pasadena, they venture into a restaurant’s walk-in freezer wearing bright red parkas.

Four years later, those same parkas headed to Greenland for the real deal.

In 2013, Abigail Vieregg, a physicist at the Kavli Institute for Cosmological Physics at the University of Chicago, was charged with leading a group of four scientists on a trip to the Arctic Circle to survey sites for a potential future neutrino experiment. But there was a snag. The scientists needed to provide their own gear, and appropriate cold-weather clothing doesn’t come cheap.

Luckily, Vieregg remembered the episode of The Big Bang Theory and, even more luckily, her fellow researcher and former thesis advisor was University of California, Los Angeles, physicist David Saltzberg—who just happens to be the science advisor for the show.

The parkas used in the show were real Canada Goose coats that offered full protection from the elements. A few inquiries later and Saltzberg had the gear.

This was the only time, he says, that the show has loaned out science equipment for a real project.

“I’ve certainly lent them a lot of equipment of the years, so it only seemed fair,” he says. This has included oscilloscopes, a globe of the cosmic microwave background, and all the parts for an integrated ion trap and mass spectrometer.

“They come over here with a big truck sometimes to pick stuff up.”

It turned out that two of the coats were the right size for two of the researchers, so on they went to Greenland.

Researchers had scouted Greenland in the 1990s to check it for optical transparency when they were planning to build AMANDA, a neutrino-hunting experiment that later became IceCube and depends on picking up signals in the form of light.

However, no one had checked Greenland for radio transparency—and ultra-high energy neutrinos can be found through their radio emissions as well.

Vieregg, Saltzberg, John Kovac, and Christian Miki essentially lived in the coats as they surveyed Summit Station to determine if it would be a good place to look for ultra-high energy neutrinos.

The team published their paper last fall—with a special nod to their parka benefactors.

“There aren’t many physics papers that get to thank Warner Brothers,” Saltzberg says.

As for the parkas? They’re back in storage somewhere, slightly worse for the wear, waiting for their next adventure. 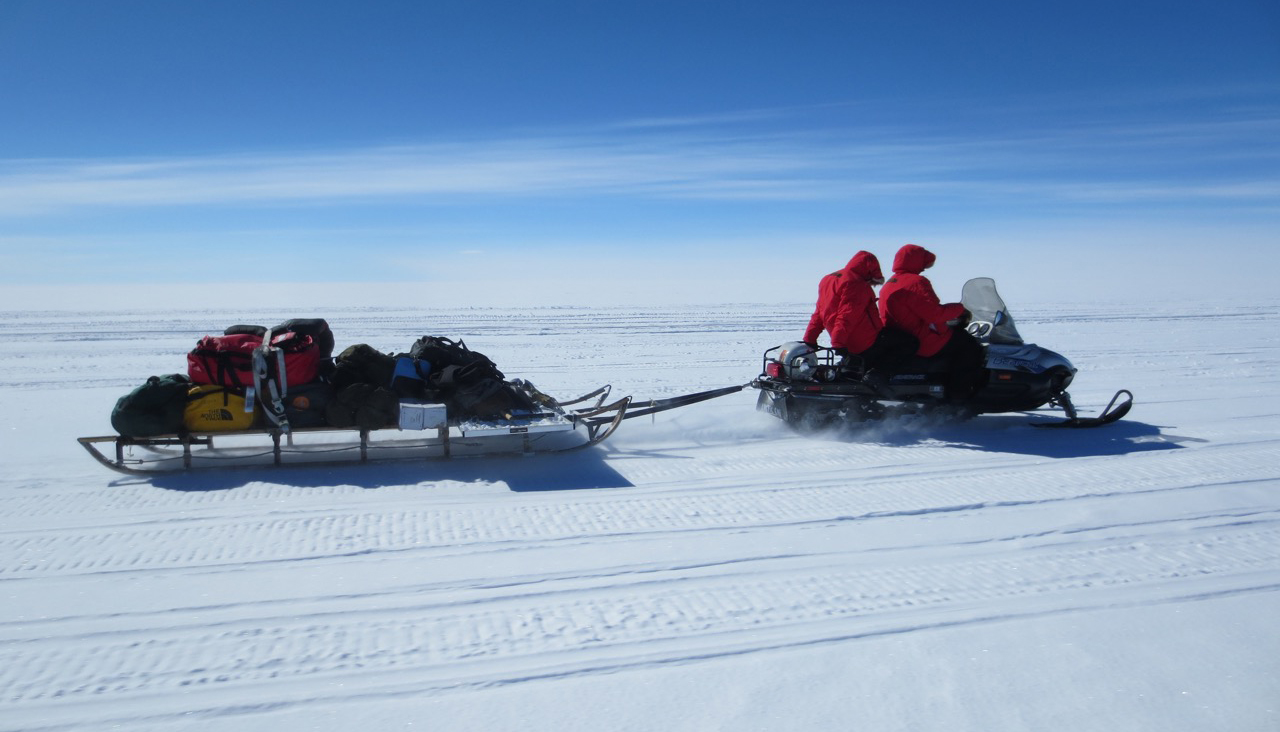 Abigail Vieregg
Like what you see? Sign up for a free subscription to symmetry!
Follow
Use your browser’s print dialog box to create a pdf.
Popular on symmetry