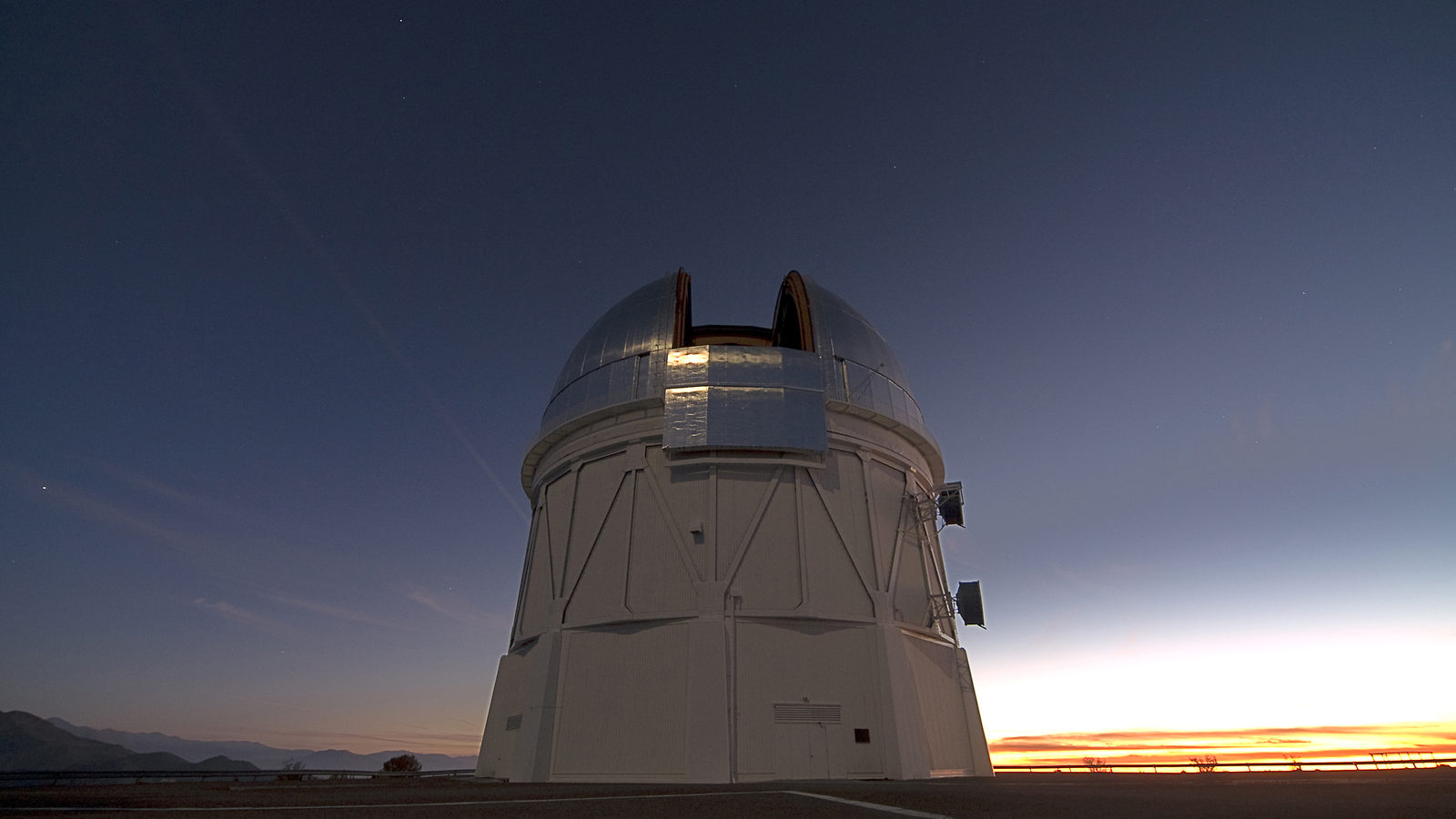 The Dark Energy Camera, or DECam, peers deep into space from its mount on the 4-meter Victor Blanco Telescope high in the Chilean Andes.

Thirty percent of the camera’s observing time—about 105 nights per year—go to the team that built it: scientists working on the Dark Energy Survey.

Another small percentage of the year is spent on maintenance and upgrades to the telescope. So who else gets to use DECam? Dozens of other projects share its remaining time.

Many of them study objects far across the cosmos, but five of them investigate ones closer to home.

Overall, these five groups take up just 20 percent of the available time, but they’ve already taught us some interesting things about our planetary neighborhood and promise to tell us more in the future.

Stony Brook University’s Aren Heinze and the University of Western Ontario’s Stanimir Metchev used DECam for four nights in early 2014 to search for unknown members of our solar system’s main asteroid belt, which sits between Mars and Jupiter.

To detect such faint objects, one needs to take a long exposure. However, the paths of these asteroids lie close enough to Earth that taking an exposure longer than a few minutes results in blurred images. Heinze and Metchev’s fix was to stack more than 100 images taken in less than two minutes each.

With this method, the team expects to measure the positions, motions and brightnesses of hundreds of main belt asteroids not seen before. They plan to release their survey results in late 2015, and an early partial analysis indicates they’ve already found hundreds of asteroids in a region smaller than DECam’s field of view—about 20 times the area of the full moon.

Scott Sheppard of the Carnegie Institution for Science in Washington DC and Chad Trujillo of Gemini Observatory in Hilo, Hawaii, use DECam to look for distant denizens of our solar system. The scientists have imaged the sky for two five-night stretches every year since November 2012.

Every night, the DECam’s sensitive 570-megapixel eye captures images of an area of sky totaling about 200 to 250 times the area of the full moon, returning to each field of view three times. Sheppard and Trujillo run the images from each night through software that tags everything that moves.

“We have to verify everything by eye,” Sheppard says. So they look through about 60 images a night, or 300 total from a perfect five-night observing run, a process that gives them a few dozen objects to study at Carnegie’s Magellan Telescope.

The scientists want to find worlds beyond Pluto and its brethren—a region called the Kuiper Belt, which lies some 30 to 50 astronomical units from the sun (compared to the Earth’s 1). On their first observing run, they caught one.

This new world, with the catalog name of 2012 VP113, comes as close as 80 astronomical units from the sun and journeys as far as 450. Along with Sedna, a minor planet discovered a decade ago, it is one of just two objects found in what was once thought of as a complete no man’s land.

Sheppard and Trujillo also have discovered another dwarf planet that is one of the top 10 brightest objects beyond Neptune, a new comet, and an asteroid that occasionally sprouts an unexpected tail of dust.

Northern Arizona University’s David Trilling and colleagues used the DECam for three nights in 2014 to look for “centaurs”—so called because they have characteristics of both asteroids and comets. Astronomers believe centaurs could be lost Kuiper Belt objects that now lie between Jupiter and Neptune.

Trilling’s team expects to find about 50 centaurs in a wide range of sizes. Because centaurs are nearer to the sun than Kuiper Belt objects, they are brighter and thus easier to observe. The scientists hope to learn more about the size distribution of Kuiper Belt objects by studying the sizes of centaurs. The group recently completed its observations and plan to report them later in 2015.

Lori Allen of the National Optical Astronomy Observatory outside Tucson, Arizona, and her colleagues are looking for objects closer than 1.3 astronomical units from the sun. These near-Earth objects have orbits that can cross Earth’s—creating the potential for collision.

Allen’s team specializes in some of the least-studied NEOs: ones smaller than 50 meters across.

Even small NEOs can be destructive, as demonstrated by the February 2013 NEO that exploded above Chelyabinsk, Russia. The space rock was just 20 meters wide, but the shockwave from its blast shattered windows, which caused injuries to more than 1000 people.

They have yet to release specific findings from the survey’s first year, but the researchers say they have a handle of the distribution of NEOs down to just 10 meters wide. They also expect to discover about 100 NEOs the size of the one that exploded above Chelyabinsk.

Most surveys looking for “space junk”—inactive satellites, parts of spacecraft and the like in orbit around the Earth—can see only pieces larger than about 20 centimeters. But there’s a lot more material out there.

How much is a question Patrick Seitzer of the University of Michigan and colleagues hope to answer. They used DECam to hunt for debris smaller than 10 centimeters, or the size of a smartphone, in geosynchronous orbit.

The astronomers need to capture at least four images of each piece of debris to determine its position, motion and brightness. This can tell them about the risk from small debris to satellites in geosynchronous orbit. Their results are scheduled for release in mid-2015.