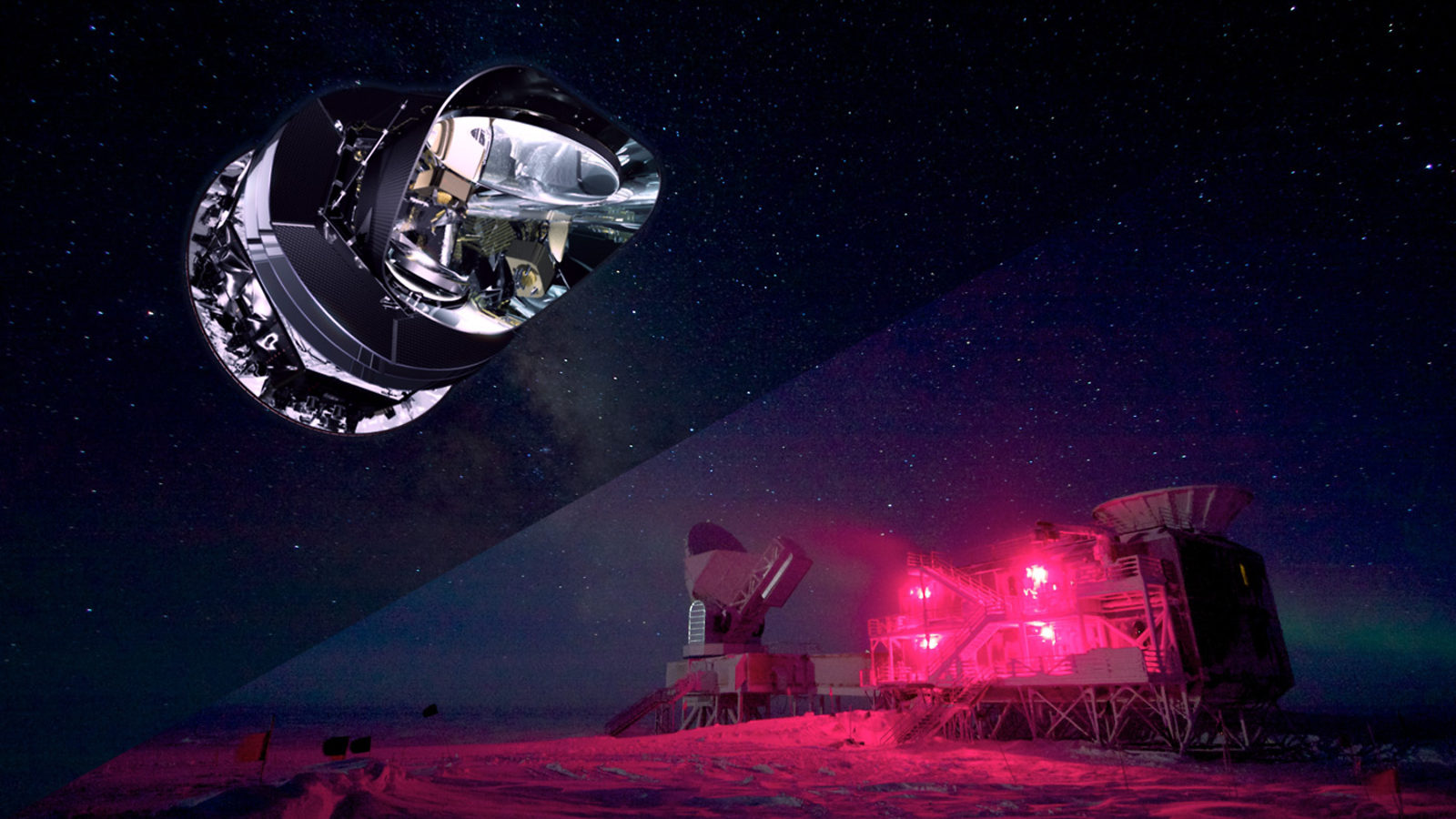 A previous study claiming the discovery of gravitational waves as cosmic inflation’s fingerprint has most likely been over-interpreted, scientists found in a joint analysis between the Planck and BICEP2 experiments.

The new study, whose key results were released today in statements from the European Space Agency and the National Science Foundation, did not find conclusive evidence of cosmic inflation. Cosmic inflation is the exponential growth of the universe within the first few fractions of a second after the big bang almost 14 billion years ago.

“This joint work has shown that [the earlier claims are] no longer robust once the emission from galactic dust is removed,” says Jean-Loup Puget, principal investigator of Planck’s High Frequency Instrument at the Institut d’Astrophysique Spatiale in Orsay, France, in the statements. “So, unfortunately, we have not been able to confirm that the signal is an imprint of cosmic inflation.”

“These results have important consequences for the entire research field,” says Planck project scientist Jan Tauber from ESA. “They will impact how future experiments searching for cosmic inflation will be designed.”

In the 1980s, physicists Alan Guth and Andrei Linde developed the theory of cosmic inflation. This rapid expansion would have left its mark in the form of a pattern in the cosmic microwave background—faint light left behind from just after the big bang. The BICEP2 experiment was designed to search for this pattern.

Last March, BICEP2 scientists announced that they had found the characteristic pattern, and that it was even more pronounced than expected. If this interpretation turned out to be confirmed, it would be direct evidence of cosmic inflation.

However, scientists began to raise the concern that the pattern found by the BICEP2 study could have been caused by something else, such as dust in our own galaxy.

The BICEP2 researchers were aware that dust might give them a false signal. To minimize this possibility, they located their experiment at the South Pole and pointed their telescope at a part of the sky that was considered particularly “clean.” Then, in their analysis, the researchers carefully subtracted possible dust signals based on various theoretical models and earlier dust measurements.

“However, we did not have a precise dust map of the sky at the time,” says Chao-Lin Kuo, a BICEP2 lead scientist at the Kavli Institute for Particle Astrophysics and Cosmology, a joint institute of Stanford University and SLAC National Accelerator Laboratory.

Six months later, the Planck collaboration published the missing map, which showed that at least a significant portion of the BICEP2 signal came from dust.

“The Planck results demonstrated that no place in the sky is free of dust and that you have to deal with it accordingly," Tauber says.

To find out whether the BICEP2 signal was more than just background, the two experiments combined forces.

“We gave our data to the Planck team and vice versa,” says KIPAC’s Jaime Tolan, a member of the BICEP2 analysis crew. “Each team then analyzed the other group’s data using its own analysis tools.”

The Planck satellite, which surveyed the entire sky from 2009 to 2013, had analyzed cosmic light of different colors, or wavelengths. Because the signal components—dust and primordial gravity waves—have a different color spectrum, scientists could compare the measurements at different wavelengths to determine how much of the signal came from dust.

The key result of the new study is a measurement of how likely it is that the BICEP2 pattern is caused by cosmic inflation.

“The amount of gravitational waves can probably be no more than about half the level claimed in our earlier study,” says Clem Pryke, a principal investigator of BICEP2 at the University of Minnesota, in the statements.

The results do not completely rule out that the gravitational wave signal could still be there; however, it is not very likely that most of the BICEP2 signal was caused by it.

Future experiments will be able to use the information from Planck to subtract dust backgrounds from their signal and to adjust their observation strategies.

“BICEP3, for instance, will be using a wavelength that is much less sensitive to dust than the one used by BICEP2,” says KIPAC researcher Walter Ogburn, a member of the BICEP2 team.

Deployed last November, the successor experiment of BICEP2 will start looking for signs of cosmic inflation during the next Antarctic winter.

The BICEP2/Planck collaboration has submitted a paper to the journal Physical Review Letters, and a preprint will be available on the arXiv next week.