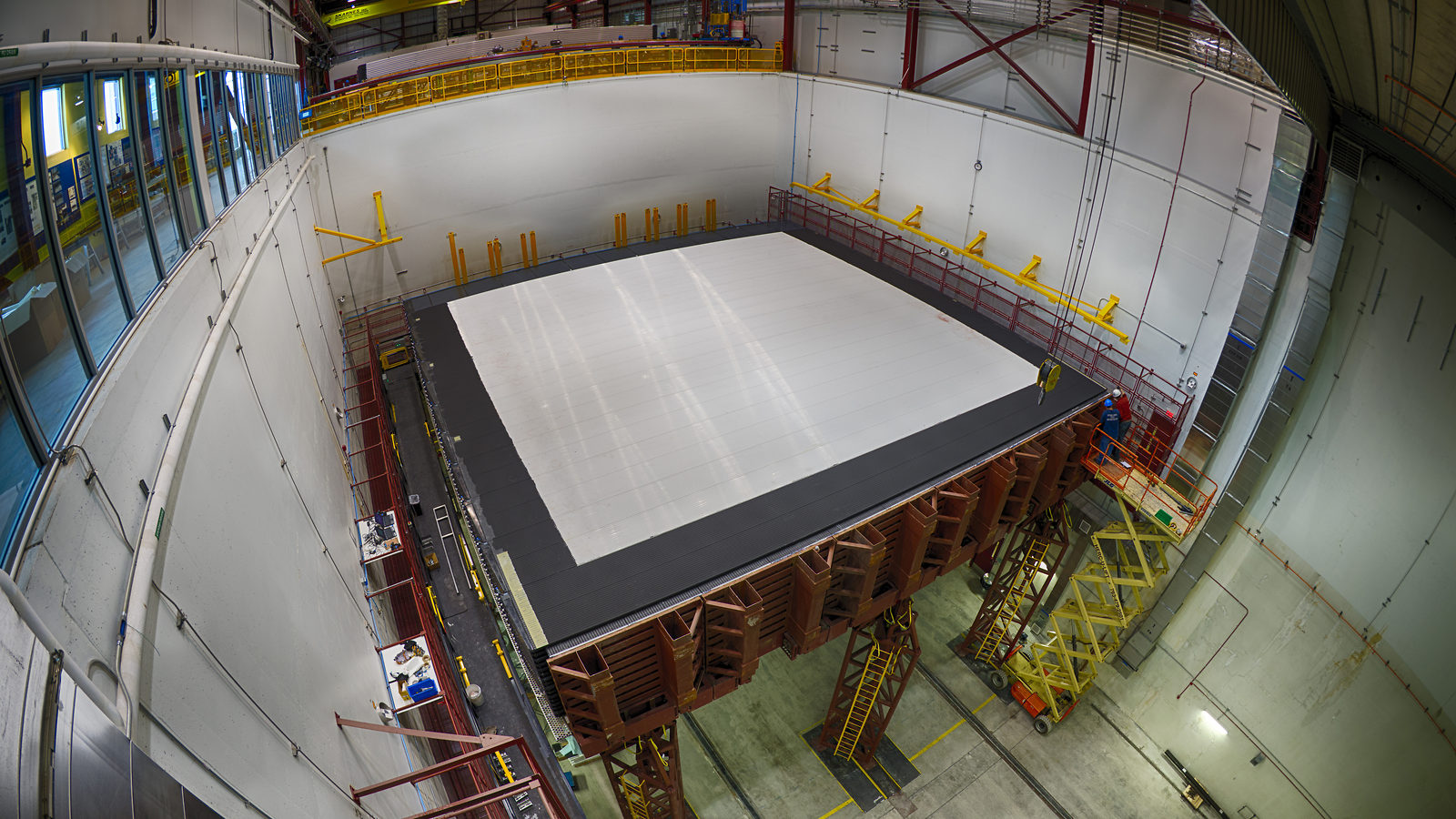 Coordinating the construction of an international particle physics experiment is never an easy task.

This is indeed the case for NOvA, a US-based physics experiment that studies a beam of hard-to-catch particles sent an unprecedented 500 miles through the Earth toward a 14,000-ton particle detector. Building the experiment has required harmonizing the efforts of several dozen laboratories, universities and companies from the United States, Brazil, the Czech Republic, Greece, India, Japan, Russia and the United Kingdom.

“It sinks in,” says John Perko, a construction technician at the NOvA facility in Ash River, Minnesota, in a new video about the process of building the NOvA detector. “It makes you feel that the whole world’s watching.”

The scientists on the NOvA collaboration have come together to study neutrinos, particles that are abundant in nature but that physicists still don’t quite understand. They are mysteriously lightweight, leading physicists to wonder if something other than the Higgs boson gives them their masses. Neutrinos come in three types, and they morph from one to another. Scientists think they might hold clues to what caused the imbalance between matter and antimatter in our universe.

To study these elusive particles, scientists on the NOvA collaboration designed a set of two detectors—a 300-ton one located near the source of the neutrino beam and a 14,000-ton one located in Ash River, Minnesota.

Fermilab recently posted a video highlighting some of the many steps required to build these detectors, from extruding 50-foot-long plastic tubes at a company in Manitowoc, Wisconsin, to assembling them into modules at a facility staffed by students at the University of Minnesota, to putting together the world’s largest free-standing plastic structure.

“I’m familiar with all the neutrino projects that are going on, and getting to actually be a part of one of those projects is pretty exciting,” University of Minnesota physics student Nicole Olsen says in the video.

Workers are scheduled to finish building the detectors this spring, and they plan to finish outfitting them with electronics in the summer. They have already begun to take data with portions of the experiment, and their capabilities will only improve as they get closer to completing construction.

Neutrino masses are extremely difficult to measure. While we know precisely how much an electron weighs, we have little information on the mass of its neutral partner, the electron neutrino.