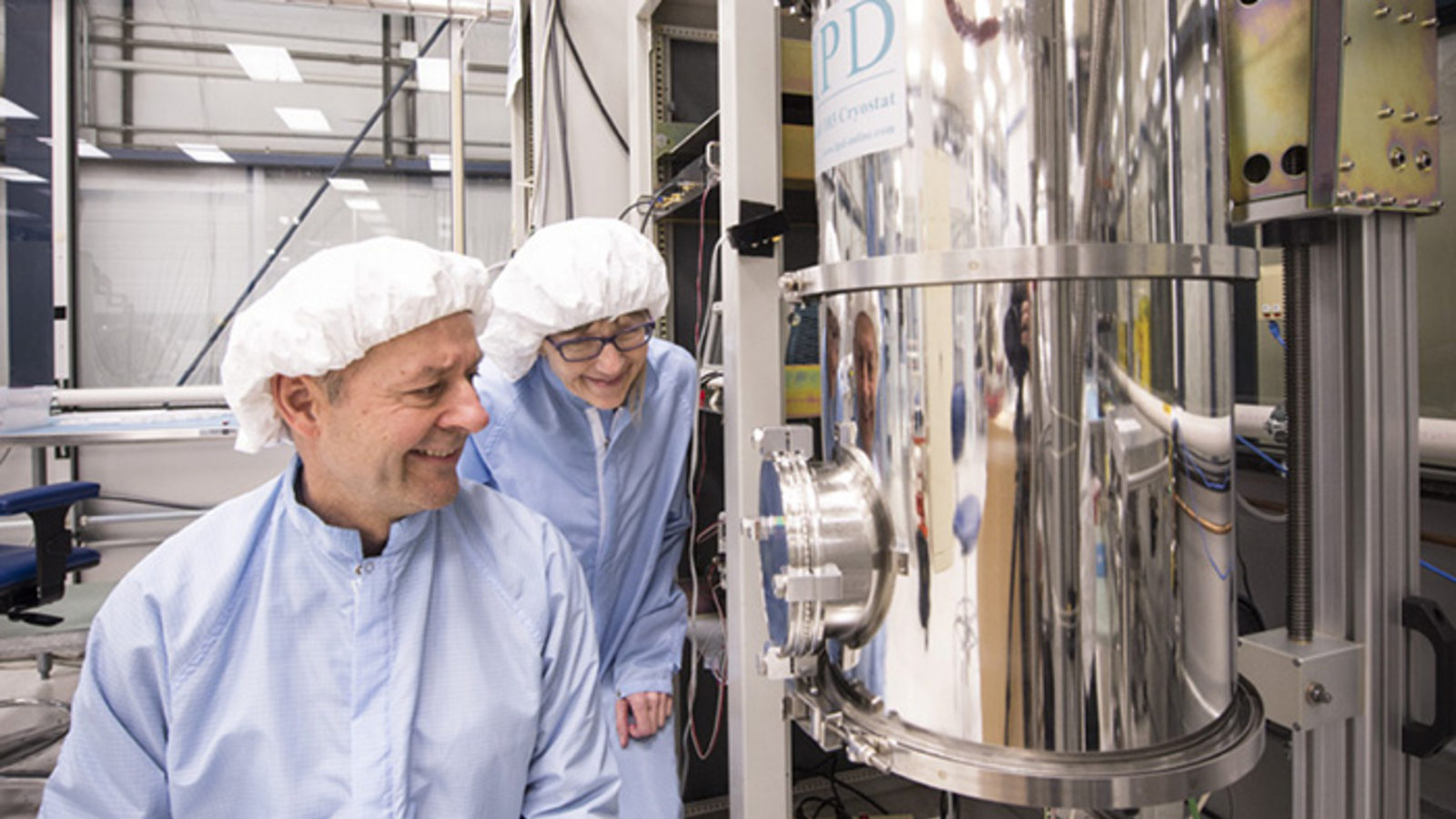 The power of the 570-megapixel Dark Energy Camera, which is mapping the southern sky in unprecedented detail, lies in its ability to capture celestial objects millions of light-years away. Scientists are now working toward developing an instrument for characterizing these stars and galaxies in even greater detail.

Scientist Juan Estrada is currently leading a Fermilab team to develop a large instrument using detectors called MKIDs, short for microwave kinetic inductance detectors. In the coming years, they’ll use it to obtain more information about the astronomical objects already detected by the Dark Energy Camera, pointing it into the night sky to capture more information about those objects’ light.

The team builds on the work of a University of California, Santa Barbara, group led by Ben Mazin, which developed MKIDs for the visible and infrared spectrum.

“These are small detectors,” Estrada says. “We’d like to convert this technology into something for a large instrument for cosmology.”

The Dark Energy Camera is outfitted with 74 charge-coupled devices, better known as CCDs, and its optical filters divide the light from far-off galaxies or stars into one of five spectral ranges. When a CCD gets a hit from one of the photons from the split-off light, it sends a small signal saying that the light in that filter’s range of wavelengths has come through. The data from the five filters are then reassembled into a color picture of the galaxy or star, much the way a computer monitor layers red, green and blue pixels to generate full-color images.

An MKID, however, would enhance that five-color rendering many times over. When struck by a visible photon, it produces a flood of so-called quasiparticles, allowing the wavelength for every single photon hitting the MKID to be precisely measured. That, in turn, leads to color images of astronomical objects without the use of optical filters. The higher the photon’s energy—or the more towards the violet end of the spectrum it is—the more particles it produces.

MKIDs, which use superconducting material, must be very cold to be able to detect photons. In testing the current MKID-based prototype instrument, Estrada’s team recently brought it to a temperature of 33 millikelvin—the lowest temperature ever achieved on site at Fermilab.

Over the next several years, the team hopes to create an MKID prototype instrument that can be installed in a telescope on a mountaintop next to DECam for testing. This means assembling it with a compatible mechanical design and high-bandwidth digital processing system.

If all goes well, the team can then look realistically to constructing instruments installed with MKIDs and, conceivably, with 100,000 light channels. That’s 20 times more channels than the currently planned next-generation technology.

“We are still some distance away from having a full-on instrument,” Estrada says. “But we are taking the initial steps that would put us closer to this very ambitious goal.”

A version of this article was originally published in Fermilab Today.

Above image: Kevin Kuk and Donna Kubik check the temperature on a cryostat that contains the prototype MKID.