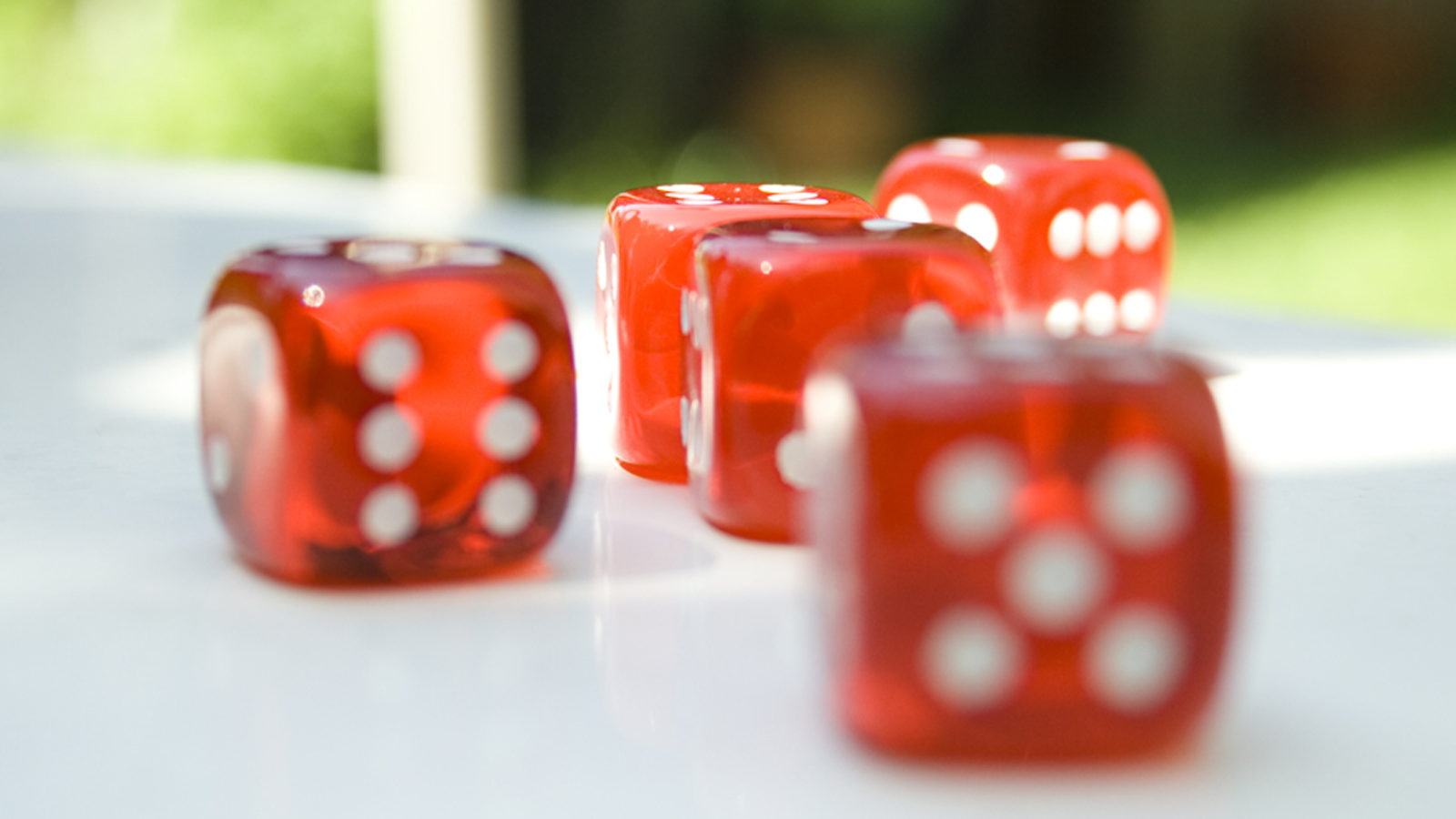 Physicists harness the power of probability

What do the stock market, weather models and the discovery of the Higgs boson all have in common? They all are deeply indebted to statistics.

Albert Einstein was greatly disturbed by the idea that the universe is governed by an intrinsic randomness. He deeply mistrusted quantum mechanics, the set of rules that describe how particles behave—seemingly haphazardly—at the tiniest scale. In a 1926 letter to fellow physicist Max Born about this, Einstein famously wrote in protest, “God doesn’t play dice.”

Quantum mechanics sabotaged Einstein’s vision of elegant and deterministic natural laws. In 1935 he teamed up with two other scientists to disprove one of its principles—the Heisenberg Uncertainty Principle—which shows that it is impossible to know simultaneously the exact position and velocity of a particle.

But unfortunately for Einstein, his multiple attempts to gut quantum mechanics were in vain. Decades of physics research show that nature, at its most fundamental level, seems to be governed by chance.

Instead of battling this element of uncertainty, scientists—along with economists, meteorologists and casino owners—create statistical models to predict the behavior of particles, stocks, storms and clients at a blackjack table. They can’t foresee exactly what will happen, but they can map the likelihood of different situations and develop a general idea of what they should expect. For example, a casino owner doesn’t know exactly how much money a given patron will take away from the blackjack table. But, thanks to statistical modeling, he or she knows the average amount, and then uses this information to guarantee a steady profit.

Physicists do something similar to predict possible experimental outcomes: They run simulations. In recognition of the role this type of modeling plays in casino economics, they call them "Monte Carlo simulations" after the famous casino in Monaco.

Monte Carlo simulations make predictions about physical phenomena based on everything scientists know, both about their experimental setup and about how particle physics works. The simulations help experimentalists design their detectors and understand their data, and they help theorists make predictions. Comparing predictions with experimental results can tell physicists whether their theories are correct. Any deviations provide hints that they might have found something new.

Today, Monte Carlo simulations play a vital role in every field that uses statistics to make predictions—including finance, risk-management, computing, engineering, meteorology, baseball, video games and political science. For example, sports analysts use batting averages and player statistics to simulate hundreds of baseball games and predict how each team will fare during the season.

Monte Carlo simulations are also a necessary tool for conducting experiments at the Large Hadron Collider. Because it is impossible to predict exactly how any given particle will behave during a high-energy collision, scientists at the LHC use statistics to interpret both their experimental and Monte Carlo results. They create computer programs that take into account all of the variables of an experiment and run them again and again to determine all the possible outcomes.

“Particles behave with an element of randomness,” says Oliver Gutsche, a Fermilab physicist on the CMS experiment, one of two general-purpose experiments at the LHC. “You have to run the experiment millions of times to see clear trends emerge. Monte Carlo simulations work the same, except instead of running an experiment, we simulate the results based on the physics we know.”

By virtually running the experiment millions of times in a Monte Carlo simulation, physicists can predict the likelihood of different results under different conditions.

And finding a new physical phenomenon is like sniffing out a card-counter in a high-stakes game of blackjack. If the results consistently deviate from the predictions, either the statistical model contains an error, or the player isn’t playing by the rules. In the case of particle physics, this could mean that the rules were wrong.

“The data shows us how our predictions match up to reality,” says Fermilab scientist Daniel Elvira, a member of the CMS experiment and head of the lab's Scientific Computing Simulations Department. “It’s when they differ that things get interesting.”

The most exciting recent example of using Monte Carlo simulations to discover something new occurred in 2012 when scientists on the CMS and ATLAS experiments checked their theoretical predictions against their data in the search for the Higgs boson.

“We found the Higgs because we saw a signal emerge from the experimental data,” Gutsche says. “This signal was consistent with our Monte Carlo predictions for a Standard Model Higgs boson with a mass of 125 billion electronvolts.”

Despite Einstein’s dislike for it, randomness plays a role not only in quantum mechanics but also in helping scientists predict outcomes, design detectors and make discoveries.