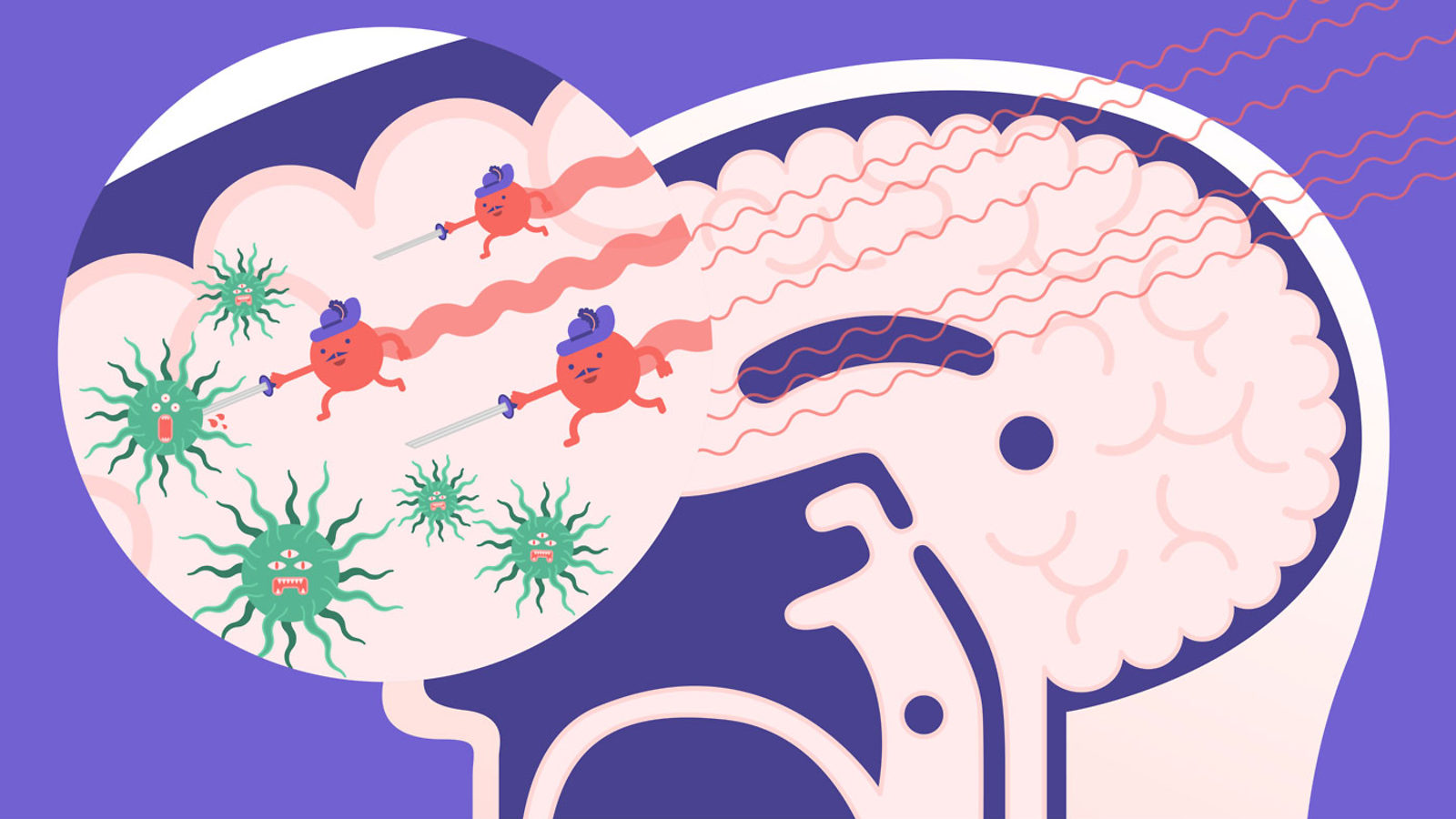 One of the most common and aggressive types of malignant tumor originating in the human brain is called a glioblastoma multiforme. Patients diagnosed with this kind of tumor are told they have, on average, a little more than a year to live.

Because standard treatments, including surgery and radiation therapy, cannot completely eradicate glioblastomas without fatally damaging the surrounding healthy tissue, these tumors are considered incurable. But Narayan Hosmane, a boron chemist from Northern Illinois University, is working with a team of scientists from Fermilab to try to rid them of that classification.

The group is exploring the capabilities of an experimental treatment called Boron Neutron Capture Therapy. The key to making BNCT work, they think, could lie in particle accelerator technology.

Daniel Silbergeld, a University of Washington neurosurgery and neuropathology professor based at UW Medical Center and Harborview Medical Center in Seattle, operates on more than 200 tumors in a year, at least half of which are glioblastomas.

“Our goal is to help that person live as long as possible and as well as possible,” Silbergeld says. “We never know how well an individual is going to do.”

Silbergeld, who is an affiliate of Seattle Cancer Care Alliance, says patients who undergo aggressive therapy tend to be the ones who live longer.

Here’s an overview of how BNCT works: A medical professional injects into the patient’s bloodstream a tumor-seeking compound containing non-radioactive boron. Normally, blood does not come in contact with the brain, thanks to a bodily structure called the blood-brain barrier. But due to the relatively low molecular weight of the compound, and the fact that tumors often compromise the blood-brain barrier anyway, the drug can bypass this membrane and enter the glioblastoma, which is filled with blood vessels. The drug accumulates there and in some of the surrounding tissue.

Next, scientists send a beam of neutrons through the patient’s brain. Compared to other elements, boron (specifically, boron-10) is one of the best at capturing neutrons; because of the structure of its nucleus, it acts like a specialized, larger-than-average baseball mitt. When a neutron is caught, the boron atom fissions into two particles called an alpha particle and a lithium ion. These particles, due to their relative heaviness, deposit a lot of energy locally—in this case, in the cancer cells. The deposited energy is equivalent to a hefty dose of radiation to the tumor, meant to eradicate it.

So far, the most successful BNCT trials have yielded results that are about the same as standard therapies. The technique has been attempted around the world for decades and has even reached clinical trials in Japan.

But, until now, researchers have generated their beams of neutrons using nuclear reactors. Patients at research facilities, such as MIT’s Fission Converter Beam, or hospitals, such as the Helsinki University Central Hospital, would lay with their heads positioned directly against a nuclear reactor that generates neutrons by a fission chain reaction. Hosmane and the group from Fermilab have another idea.

They think they can improve results by creating epithermal neutrons using higher energy beams from a linear particle accelerator instead, says Fermilab scientist Tom Kroc. In the past, Fermilab’s fast neutron therapy facility used beams of 66 million electronvolts. While BNCT trials would not require nearly that much energy, the capabilities are much higher than the 2 million electronvolts or less that reactors provide.

Low-energy neutrons have more of a propensity for causing boron atoms to fission; however, they cannot penetrate tumors located deep within the brain, Kroc says.

He says they must “try to find some sweet spot,” slowing down their beam just enough to penetrate deeply while also giving the boron atoms a fighting chance at fission.

An added benefit of using a particle accelerator instead of a nuclear reactor could be the reduced amount of security required at treatment facilities, Kroc says. And, while treatments using a reactor took a number of hours to complete in the past, the use of an accelerator could speed up a patient’s visit to about 10 to 20 minutes.

In addition to changing the way the neutron beam is generated, the NIU-Fermilab team is working to improve the way the boron is administered.

“The biggest challenge is to get that boron into the tumor,” says Jim Welsh, chief medical coordinator for the development of BNCT using Fermilab's neutron beam.

Hosmane is in the process of getting approval for a different compound that he hopes would work in a similar way, but more effectively. For example, Welsh says, to get to the tumor, some of the compounds would emulate the function of amino acids, which are able to bypass the blood-brain barrier using special carrier proteins. But for now, the team’s efforts are still mostly ground-level.

“It’s beyond the early stage, but I’d say it’s still in the experimental and exploratory stage,” Welsh says.

Silbergeld’s colleague, Radiation Oncologist Jason Rockhill, is well versed in BNCT research. He says that, beyond getting enough boron to the target cell, an added challenge is to then inflict enough cellular damage to destroy the cancer.

He estimates that, between drug development and gaining access to the proper type of accelerator, getting to the point of clinical trials is likely to take much time and effort—plus upwards of multiple millions of dollars.

“There is so much potential,” Kroc says. “The questions are still unanswered as to whether we can make it work, and I want to see it through to its conclusion.”

In 1967, Don Young was among a handful of physicists working to turn a dream into the research institution that would become Fermilab.