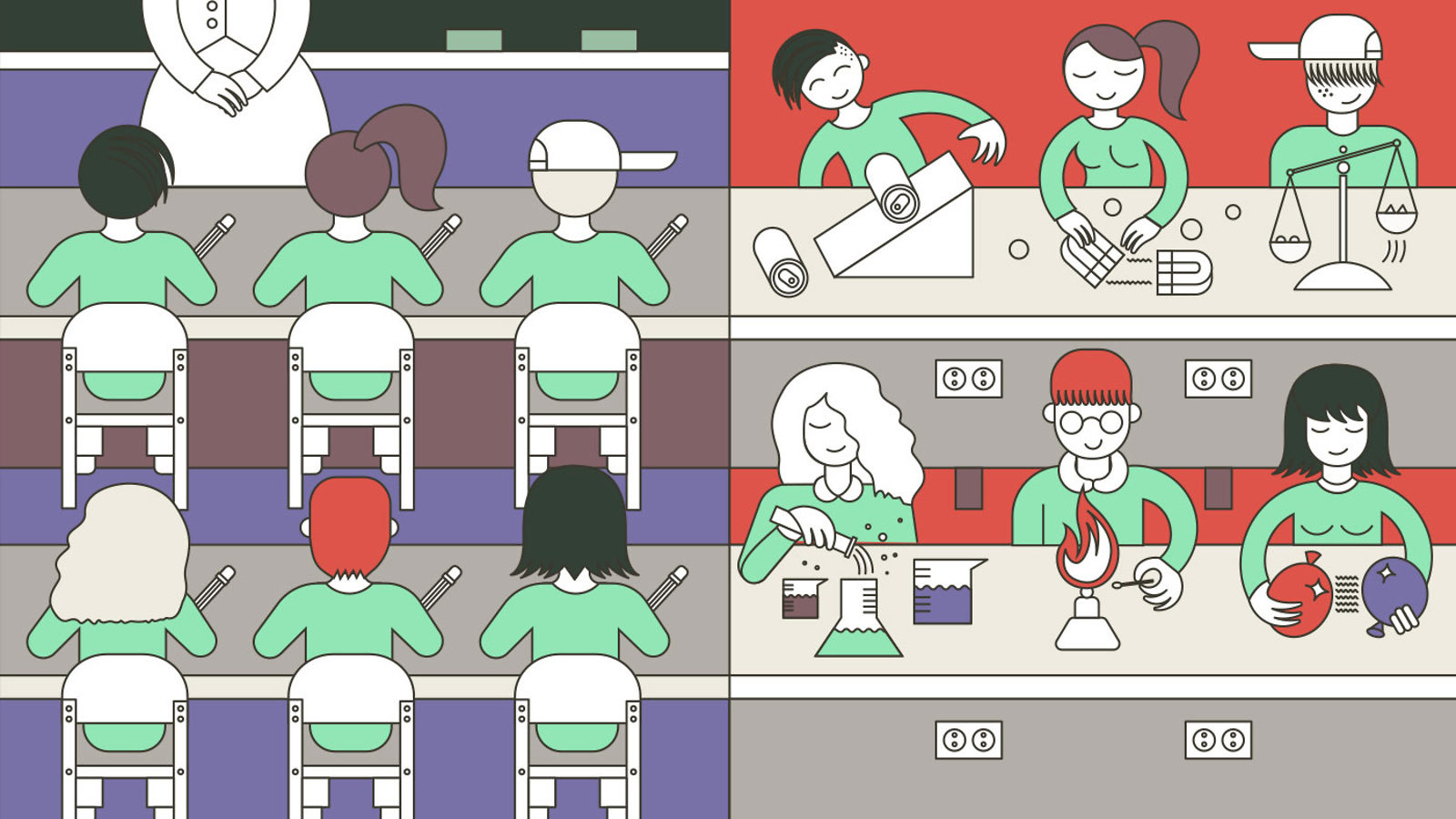 When Deborah Roudebush started as a high school physics teacher 27 years ago, she taught science the same way she had been taught as a kid.

“I used the standard fill-in-the-blank lab worksheets that came with detailed step-by-step instructions,” Roudebush says. “I gave leading questions that channeled the students to the right answers. And this seemed like great idea at the time.”

However, she noticed that the more she structured and simplified the labs, the worse her students performed.

“One of the questions I would ask is, ‘What did you measure, and what did you calculate?’” Roudebush says. “And the kids would not have any idea—they wouldn’t even understand the question. That was when I realized I needed to change my methods.”

At an American Association of Physics Teachers meeting, Roudebush met several teachers who introduced her to the concept of active learning, a more interactive model of instruction.

As she experimented with this new method, Roudebush decided to do a little physics of her own. She enrolled in an eight-week course with QuarkNet, a program that partners teachers with scientists for hands-on experience in particle physics research.

Several national laboratories including Fermilab, Brookhaven and Lawrence Livermore offer teacher development programs that allow teachers like Roudebush to connect with scientists and get the inside scoop on how research is performed in a professional laboratory setting. The QuarkNet program—which is hosted at more than 50 universities and laboratories in the United States and funded largely by the Department of Energy and the National Science Foundation—is designed to bridge the gap between the classroom and cutting-edge scientific research by placing teachers on scientific research teams.

Through QuarkNet, Roudebush joined a small team of researchers and engineers and helped construct a particle-tracking component for the ATLAS detector, one of the two general-purpose experiments at the Large Hadron Collider, where scientists would later discover the Higgs boson.

Her task seemed simple; she was assigned to write a code that could check the holes that the straw-like detectors of the tracker slide into in order to make sure they were clear of glue and debris. She was given a demonstration and a system of coding and then set loose. However, with thousands of holes, nine different types of dividers in the tracker and piles of spaghetti code to sort though, what seemed like a simple task turned into an at-times frustrating but also exciting and eventually rewarding experience. The pride she felt when it worked was a rush—and taught her how to inspire her class.

“It was like the light turned on,” Roudebush says. “I started thinking about how I could turn responsibility of learning over to the students.”

Roudebush decided to focus on reviving an innate and intrinsic instinct: “When kids are little, they play and are curious. But the structure of school teaches them that the way to be successful is to memorize a sheet and fill in the boxes. And this approach to learning just pushes all of that curiosity away.”

Over the course of the next few years, she dropped the worksheets and stopped writing the answers on the board. Instead of rigorously regimenting the lab period, Roudebush began giving her students more time to play with the equipment and explore. She started introducing each new topic with an experience rather than a lecture. She moved away from labs with explicit right and wrong answers and instead required her students to design experiments and develop their own conclusions.

Teaching science as a series of facts instead of as a process is endemic in the United States school system, according to former high school teacher and professional curriculum developer Jeff Dilks.

“Unfortunately much of the way science is taught now is ineffective and doesn’t get students to understand what science is,” Dilks says. “The focus is only on skill building—equations and processes to be memorized applied to a very narrow range of problems.”

During a recent lesson, Roudebush raced two cans of soup down a ramp—cream of mushroom, which acts like a solid mass; and chicken noodle, which acts more like a hoop because the noodles migrate to the edge when it rolls. After the demonstration, she gave her students an objective—to determine how the distribution of mass on an object affects its velocity—and then she set them loose to collect and interpret the data however they saw fit. 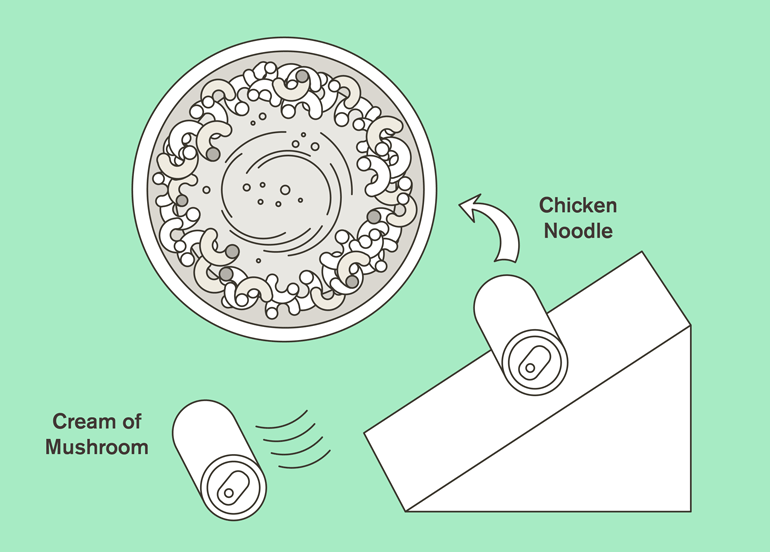 Her students rolled golf balls, tennis balls and steel marbles down a ramp. Not every student finished during the class period, and some struggled initially to design an experiment that worked. Roudebush opened her classroom during study period to give her students the time they needed to try and fail and try again.

“Part of science is taking risks,” she says. “And this is frightening for a lot of people. They want rules and parameters, because risk is scary.  My job as a teacher is to encourage safe risk-taking. You have to be willing to take risks if you want to learn.”

You also have to accept that failure is an inherent part of the process, says QuarkNet Program Coordinator Tom Jordan. “If teachers let kids appreciate that, kids will understand how to learn from their mistakes when the stakes are low. Learning from mistakes is a powerful life lesson, even outside of science.”

At the end of the year, Roudebush found that her students left with an enhanced knowledge of not just scientific models, but also the scientific process.

Ten years after Roudebush first started changing her teaching methods, she received an email from a Jonathan Farrell, a former student who had recently completed a PhD in physics from Johns Hopkins University. Attached was a copy of his dissertation, with a dedication to her in the acknowledgements.

“If the wall of a career in science is built brick by brick, with the integrity and strength of each layer dependent on the layer beneath, then my high school physics education is the solid foundation of all my work,” he wrote. “As an exemplary teacher, Dr. Roudebush fostered a young and inquisitive mind and gave me the experience that inspired me to pursue a physics degree.”

A brainy playground springs up at Fermilab, offering hands-on education experiences for kids.