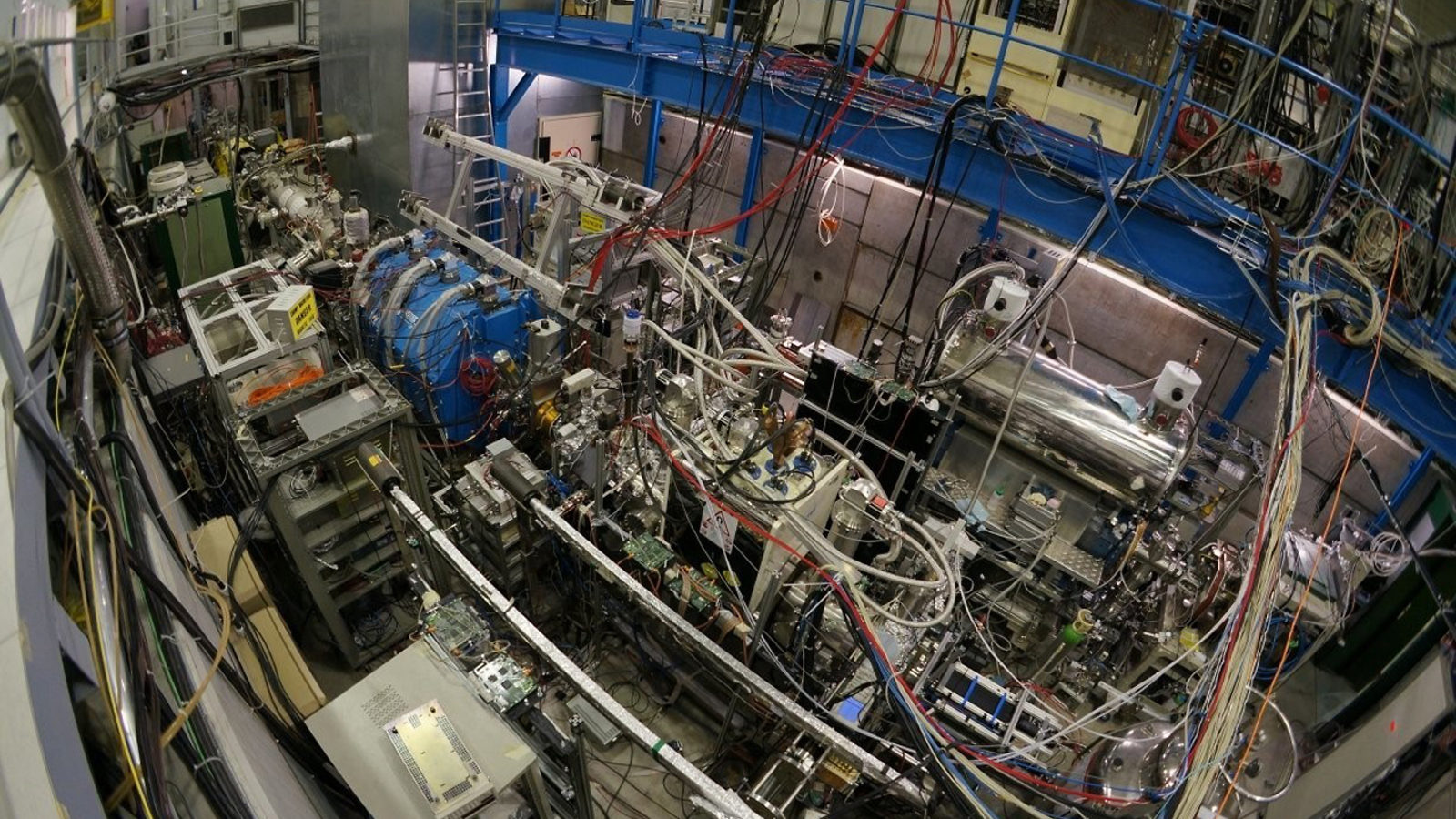 Scientists on an antimatter experiment at CERN announced today that they have successfully produced the first-ever beam of antihydrogen atoms. The feat will help them test whether these atoms differ from their matter counterparts, which could give scientists clues about how our universe formed.

Hydrogen is the simplest atom in existence, consisting of one electron and one proton. Antihydrogen, made of an antiproton and an antielectron (also called a positron), is hydrogen’s antiparticle.

Scientists on ASACUSA (experiment pictured above) will use a technique called spectroscopy to study beams of atoms, measuring the energies of the electrical emissions coming from matter atoms versus those coming from antimatter atoms. The process will be somewhat like examining how white light splits into a rainbow after traveling through different types of prisms.

Theoretically, the spectroscopic measurements of hydrogen and antihydrogen should be identical. If there are any differences, it could be an indication of something not explained by our current understanding of physics, and it could help solve one of the biggest mysteries in the cosmos.

“It is believed that the same amount of matter and antimatter was formed during the big bang,” says ASACUSA team leader Yasunori Yamazaki.Yet when matter and antimatter meet, their particles transform into energy. If they existed in equal amounts in the early universe, nothing should remain today except free-floating energy, or there should be a separate antimatter universe in addition to our matter universe. But, “these days, in nature, primarily only matter exists,” Yamazaki says.

Physicists have been able to manipulate antimatter for years, using a magnetic field to hold it in a vacuum to prevent it from interacting with regular matter. The hitch is that the kind of magnetic field they use is so strong that it ends up masking the antimatter’s spectroscopic properties, keeping scientists from studying it precisely.

Yamazaki and his team decided to solve this problem by moving the antiatoms away from the strong magnetic field. The team created a new tool that combines magnetic fields of different strengths to move the antiatoms into a controlled beam about 3 meters from the origin point. In their first run, ASACUSA scientists counted 80 antihydrogen atoms downstream from where they were initially produced. Now that the scientists know the beam works, they’ll be able to analyze the antihydrogen atoms in detail in the next run.

The ASACUSA collaboration consists of about 40 people from institutions and universities in Japan, Austria, Denmark, Hungary, Italy, the United Kingdom and Germany. The group will reconvene to collect more data when the CERN accelerator complex restarts this summer after a period of planned maintenance and upgrades.

“Now that we know we can make the beam, we’re going to study the properties of antihydrogen, and we’re going to figure out this matter-antimatter discrepancy,” Yamazaki says.