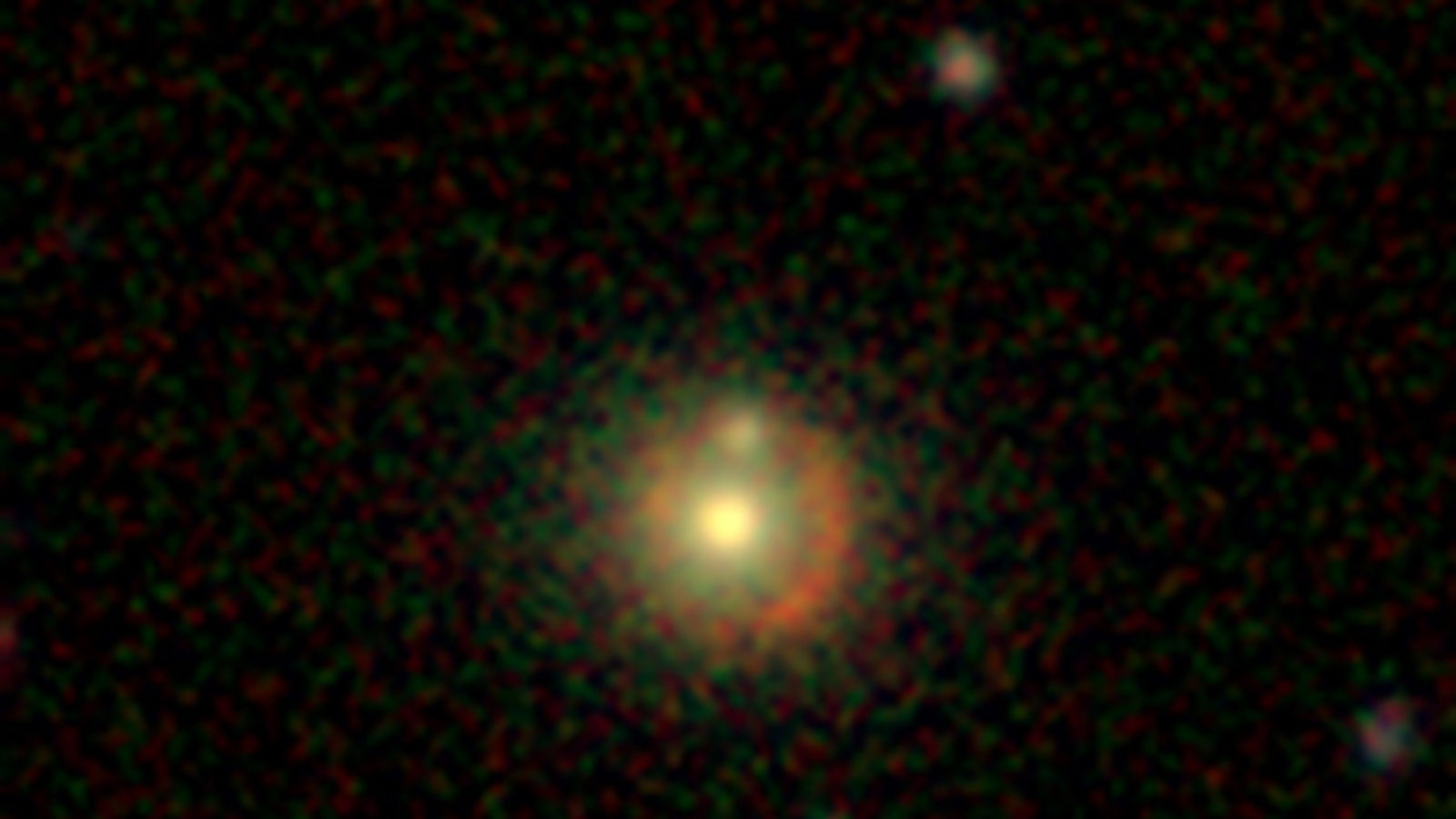 This week, encouraged by a program on the BBC, more than 55,000 citizen scientists powered up their computers, navigated to Spacewarps.org and, over the course of just 72 hours, made a difference to the future of astrophysics.

“I’ve never seen anything like it,” says Phil Marshall, an astrophysicist at the Kavli Institute for Particle Astrophysics and Cosmology, jointly located at SLAC and Stanford University. “The response we’ve had has been incredible and really shows what sort of impact citizen science could have on astronomy in the big data era.”

The Space Warps website invites members of the general public to inspect images captured by some of the most powerful survey telescopes on Earth, searching for an unusual phenomenon called “gravitational lensing.” The site was conceived of by University of Oxford astronomer Aprajita Verma, University of Tokyo research fellow Anupreeta More, and Marshall, and was designed and built by the Zooniverse team at Adler Planetarium in Chicago in consultation with a team of dedicated citizen scientists.

In a gravitational lens, the light from a distant object—such as a faraway galaxy—interacts with another galaxy on its way to our telescopes on Earth. Due to the nature of gravity and space, that intermediate galaxy bends the light rays, focusing the original light and actually making it easier to see on Earth.

Only a few hundred gravitational lenses have been discovered by astronomers to date, but Marshall says that there are many more out there. They’re just hard to find because it’s extremely time intensive to scan telescope data arcsecond by arcsecond for the telltale signs of a gravitational lens. Computers (or, as Marshall calls them, robots) trained to recognize patterns have difficulty identifying gravitational lenses because the lensed features tend to be faint and tricky to distinguish from the spiral arms, tidal tails and satellites of ordinary galaxies.

“Robots can get quite confused if the lenses are not obvious,” he says. “Humans are better at finding the more difficult ones because they understand the context of the images.”

That’s where the citizen scientists come in. Through the Space Warps website, anyone with a few extra minutes can take a quick tutorial on identifying gravitational lenses and then can click through telescope images to search for new ones.

This week, the first of the three daily episodes of the BBC television series Stargazing Live, which highlights astronomy research in the United Kingdom, included a challenge encouraging viewers to find undiscovered galaxies at the edge of space through SpaceWarps.org. The response was immense. Tens of thousands of people visited the website and, in just three days, made more than 6 million image classifications.

“It was brilliant,” says Marshall. “People saw the site on their TV sets, powered up their computers or picked up their iPads, and started classifying. At the peak, they were classifying at a rate of about one million images per hour.”

Enabling such high activity is no mean feat. “BBC Stargazing is a very exciting time of year for the Zooniverse: There's a real buzz in the office as the developers on our team work extremely hard to keep the sites up and running with so many visitors all coming at once,” says Laura Whyte, the director of Citizen Science at Adler Planetarium. “The effort is well worth it, though: so many exciting new discoveries and so many new citizen scientists!”

The images that viewers classified were from infrared data taken with the CFHT telescope in Hawaii and the VISTA telescope in Chile by the VICS82 survey team, led by Jim Geach of the University of Hertfordshire. The patch of sky in question, though previously imaged with optical telescopes, had never before been searched for gravitational lenses in the infrared.

A preliminary analysis of citizen scientists’ work over the past week revealed a handful of new gravitational lenses, including one confirmed system (shown above) that was found quickly enough that, during the second night’s TV program, researchers were able to point the UK's eMerlin radio array at the system to study it further.

Astrophysicists will soon be able to focus their telescopes on all the new lenses, using them to start to study the background galaxies.

“Because they weren’t found in optical data, these newly found galaxies will be either dusty or very far away, or both,” Marshall says. “The former is interesting because a lot of star formation is hidden behind dust, while the latter is interesting because we see them shining at a time when the universe was very young. Studying both is important for understanding how galaxies form and how they evolve, and the lenses give us a magnified view of them.”

In addition to kick-starting research into these dusty and distant galaxies, Marshall says that the overwhelming amount of interest shown by citizen scientists in the past week may also have implications for future data-intensive experiments like the Large Synoptic Survey Telescope, which will, among other things, search for signs of dark matter and dark energy. When it turns on near the beginning of the next decade, LSST is expected to produce more than 100 petabytes of data in 10 years.

“That’s a huge amount of data,” he says. “But if we can build engagement and participation to the point where a whole sky’s worth of images could be classified in a manageable time, then suddenly visual inspection and manual data analysis would become feasible again. For example, if the peak rate that we saw this week could be sustained, the volunteers could search the full LSST stacked-image dataset for gravitational lenses in a month or two. That’s just amazing.”

Keeping the inspection rate that high would take a larger crowd, but also a consistently high level of excitement. This week, the BBC Stargazing Live TV programs were able to provide that excitement, showing the power of the media to energize citizen science. A good deal of excitement was also maintained internally on the website’s discussion forum, as participants shared their finds with fellow spotters.

“The BBC Stargazing Live programs are really a special occasion,” says project co-Principal Investigator Aprajita Verma. “Once a year there they generate a real buzz about astronomy, and we’ve really felt the benefits of that. One challenge with really big datasets will be figuring out how to keep that sort of momentum going.” The Zooniverse team is already experimenting with blogs, video hangouts and other social media to try and address this.

“Every new lens that was found this week was a group effort, something that wasn’t possible to do that quickly without all the thousands of people who came to our website,” Marshall says. “We like to think of each volunteer as a member of the Space Warps collaboration; we very much hope that they will bring their experience to future citizen astronomy projects.”