We are all made of star stuff, thanks to the W

Physicists announced 30 years ago the discovery of the W boson, a particle that remains an important topic of research. 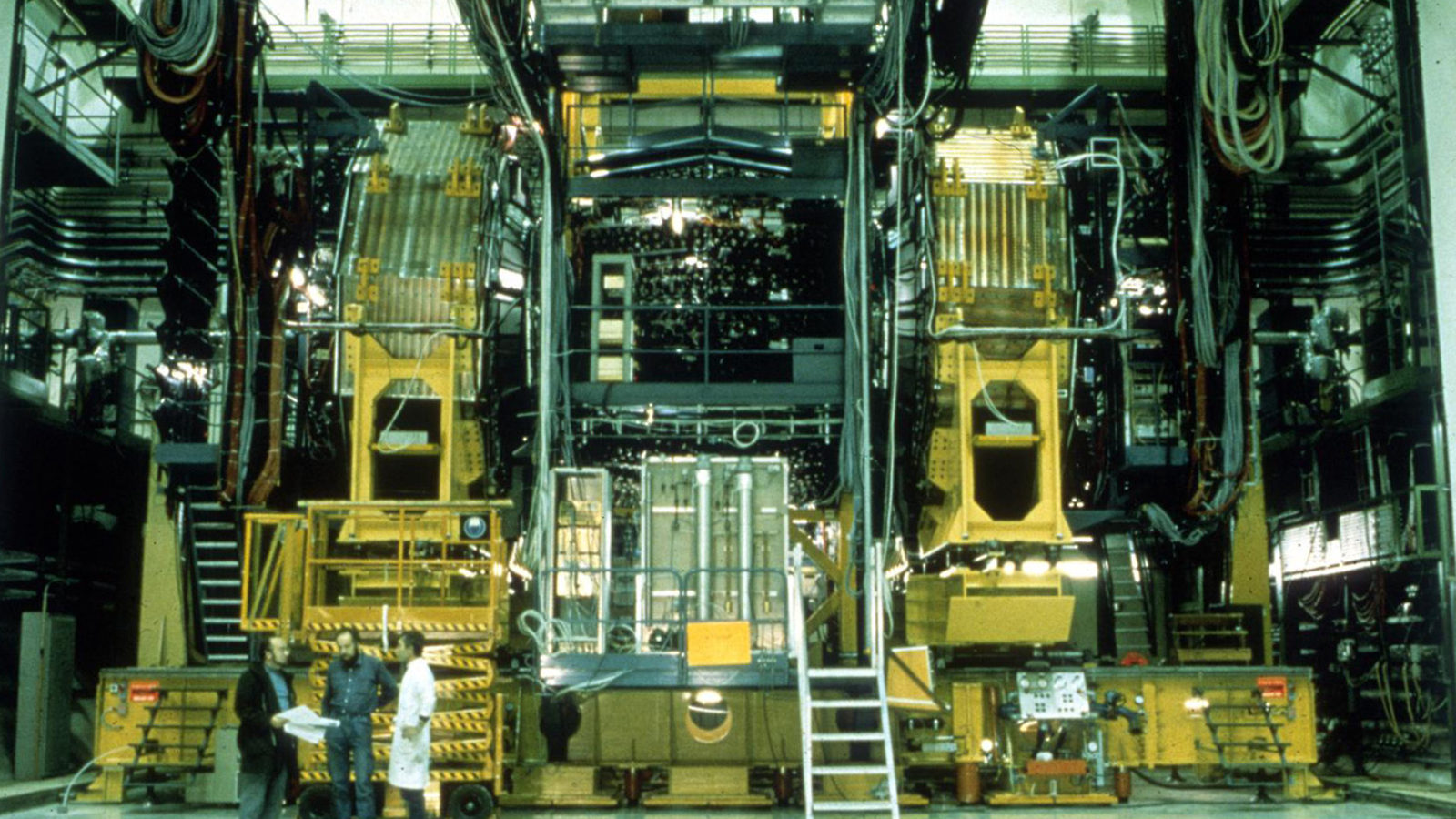 January 25 marked the 30th anniversary of the discovery of the W boson, a fundamental piece of the Standard Model of particle physics and an important player in the formation of the universe.

Together with the Z boson, the W is responsible for the weak force, one of four fundamental forces that govern the behavior of matter in our universe. Particles of matter interact by exchanging these bosons.

The W boson, which is electrically charged, changes the very make-up of particles. It switches protons into neutrons, and vice versa, triggering nuclear fusion and letting stars burn. This burning also creates heavier elements and, when a star dies, those elements are tossed into space as the building blocks for planets and even people.

Scientists working at the UA1 and UA2 (pictured above) particle detectors at CERN's Super Proton Synchrotron discovered the W boson in 1983.

The W boson remains an important subject of study to this day, in part for its relation to the Higgs boson, which explains why elementary particles have mass.

In the 1960s, theorists attempted to combine the mathematical frameworks of the weak force and the electromagnetic force to establish a theory of a unified electroweak force. But suggested theories called for the force-carrying particles such as the W boson to be massless, even though scientists knew the predicted W had to be heavy to account for the short range of the weak force. Theorists fixed the problem by introducing another unseen mechanism: the Higgs mechanism, which calls for the existence of a Higgs boson.

In March 2012, scientists at Fermilab confirmed the most precise measurement of the W boson’s mass to date, at 80.385 +/- 0.016 GeV/c2. According to the predictions of the Standard Model, which takes into account electroweak theory and the theory of the Higgs mechanism, a W boson at that mass should point to the Higgs boson at a mass of less than 145 GeV.

As announced in July 2012 at CERN, scientists on the CMS and ATLAS experiments at CERN discovered a boson that looks much like the Higgs particle. While this boson is not yet confirmed as the Higgs boson predicted to make sense of the electroweak force, both the ATLAS and CMS collaborations at CERN place the mass of the new Higgs-like boson at about 125 GeV, well within the range predicted with the help of the measurement of the mass of the W boson.

A version of this article also ran on the CERN website.