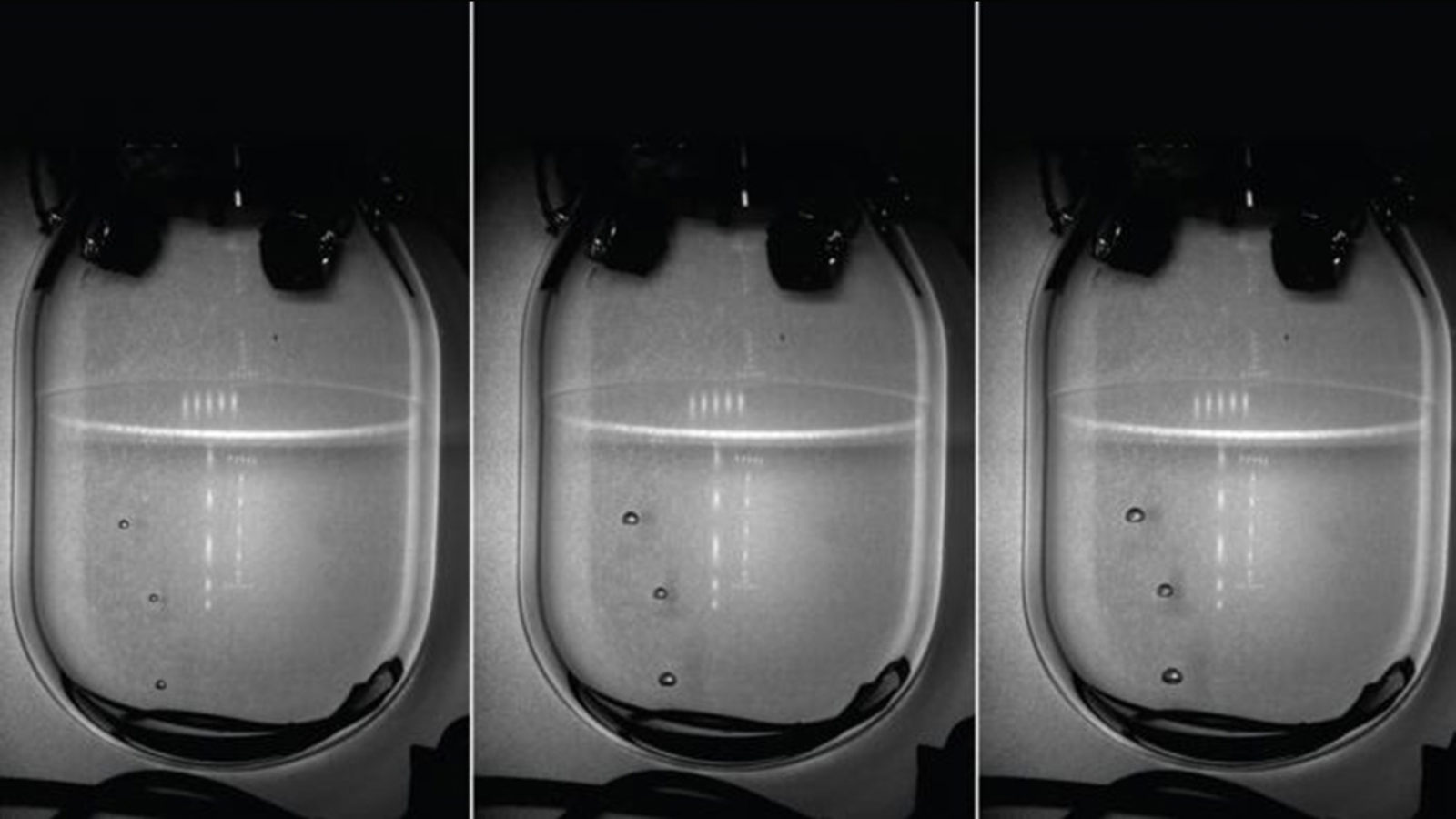 In the hunt for dark matter, the stealthy stuff that makes up about a quarter of the universe but neither emits nor absorbs light, observational techniques span from strange to stranger.

The Chicagoland Observatory for Underground Particle Physics may top the list.

The COUPP experiment is the hipster of the dark-matter crowd. Its detector is a bubble chamber, a retro bit of 1952 technology originally used to discover interactions through the weak force. Its inner vessel is a clear, quartz tank that looks a bit like a champagne flute without a stem.

The champagne in this case is a clear, heavy liquid heated and pressurized to the edge of evaporation, “waiting for any excuse to boil,” says University of Chicago physicist Juan Collar, head of the Fermilab-based experiment. When a foreign particle bumps into an atom of the liquid, the champagne bubbles.

But it’s stronger than a gentle fizz. “When these bubbles appear, it’s a rather violent process,” Collar says. “You can actually hear these things with your ears. The crack is very high-pitched. The inventor of the bubble chamber described it as a ‘plink,’ very crystalline.”

In old-school bubble chamber experiments, the disturbance would trigger a still camera to take rapid photographs of the bubbles as they formed. In the upgraded, more-sensitive-than-ever COUPP experiment, motion sensors connected to video cameras set off the trigger.

The “plink” does not just alert the scientists that a particle has interacted in the detector; it also gives them information about what kind of particle it was. An interaction with an alpha particle, the most significant source of distracting background in the COUPP experiment, is four or five times louder than an interaction with a dark matter particle would be.