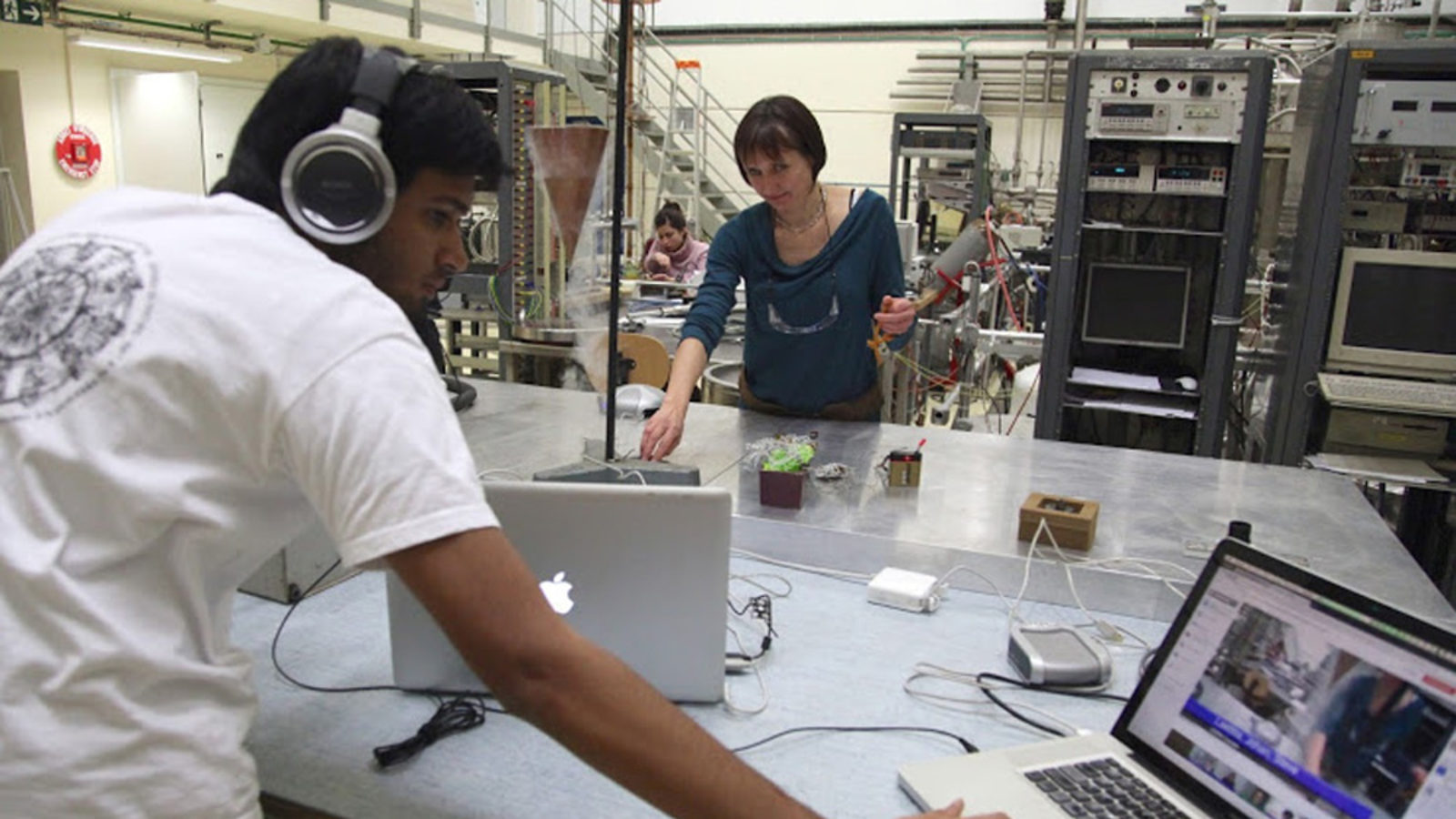 On Jan. 24, CERN researchers will give some virtual face-time to friends, fans and curious members of the public.

“Hangout with CERN” video chats, hosted on Thursdays through CERN’s Google+ page, will allow people to participate in group conversations with CERN physicists, engineers and others. The second series of the chats begins this week.

“We’re giving a window into CERN and a way of talking to the people here,” says CERN social media manager Kate Kahle, who produces the Hangouts.

Jonathan Langdale, a Canadian design consultant and non-scientist who took part in some of the 2012 CERN Hangouts, says he saw them as opportunities to expand his knowledge.

“They are a great way of making particle physics less scary by speaking face to face with someone at CERN,” Langdale says. “I'm a Web developer type, but I've always loved physics since high school classes, so it's always been a hobby to read and listen to lectures. I started participating in the CERN Google Hangouts because I wanted to speak to the guys and girls that were at CERN running the [Large Hadron Collider] and be able to ask them questions directly.”

CERN is one of the largest research centers on the planet, so Hangout organizers are able to invite a different mix of representatives of the laboratory to participate each week. “I think that’s the strength that CERN has: the amazing locations and the equipment, but also the mix of cultures and people,” Kahle says.

The Hangouts are aimed at a general audience with a basic understanding of physics. Audience members are asked to participate by asking questions and answering trivia. Their thoughts come in via Facebook, Twitter, Google+ and YouTube. The Hangouts also stream live on CERN’s YouTube channel and are available in their entirety shortly after each airing.

The series found its groove after running for about a month in 2012, at which point the number of live viewers jumped from around 200 to more than 1000. After each Hangout, views of the YouTube recording tended to climb to around 10,000.

CERN participants call in from locations around the laboratory site—such as control centers and the cryogenics lab (shown above)—and other places outside of CERN. Physicist John Butterworth of the ATLAS experiment even gave an update from the 2012 Hadron Collider Physics conference in Kyoto, Japan.

The Hangouts’ main host, ATLAS experiment education and outreach coordinator Steve Goldfarb, learned the power of live broadcasting while participating in the ongoing, award-winning ATLAS Virtual Visits, which allow viewers gathered at one physical location to take a tour of the ATLAS control room and converse with physicists. The CERN Google+ Hangouts’ format grew out of similar events hosted by the CMS experiment, which broadcast from locations such as the underground CMS detector cavern.

“It’s nice that the sessions now include the other LHC experiments and even the cryogenics and antiproton decelerator teams,” says Achintya Rao, who ran the CMS Hangouts and now helps coordinate Hangouts for CERN.

This week's Hangout, titled "Mouse smashes mammoth," will feature scientists involved in crashing protons into much heavier lead ions in a special three-week run at the LHC.