As researchers across the United States—and around the world—plan two new supersymmetry-hunting experiments to be located at Fermilab, symmetry writer Joseph Piergrossi sat down with collaborators from Boston University to learn more about the projects’ goals and history. 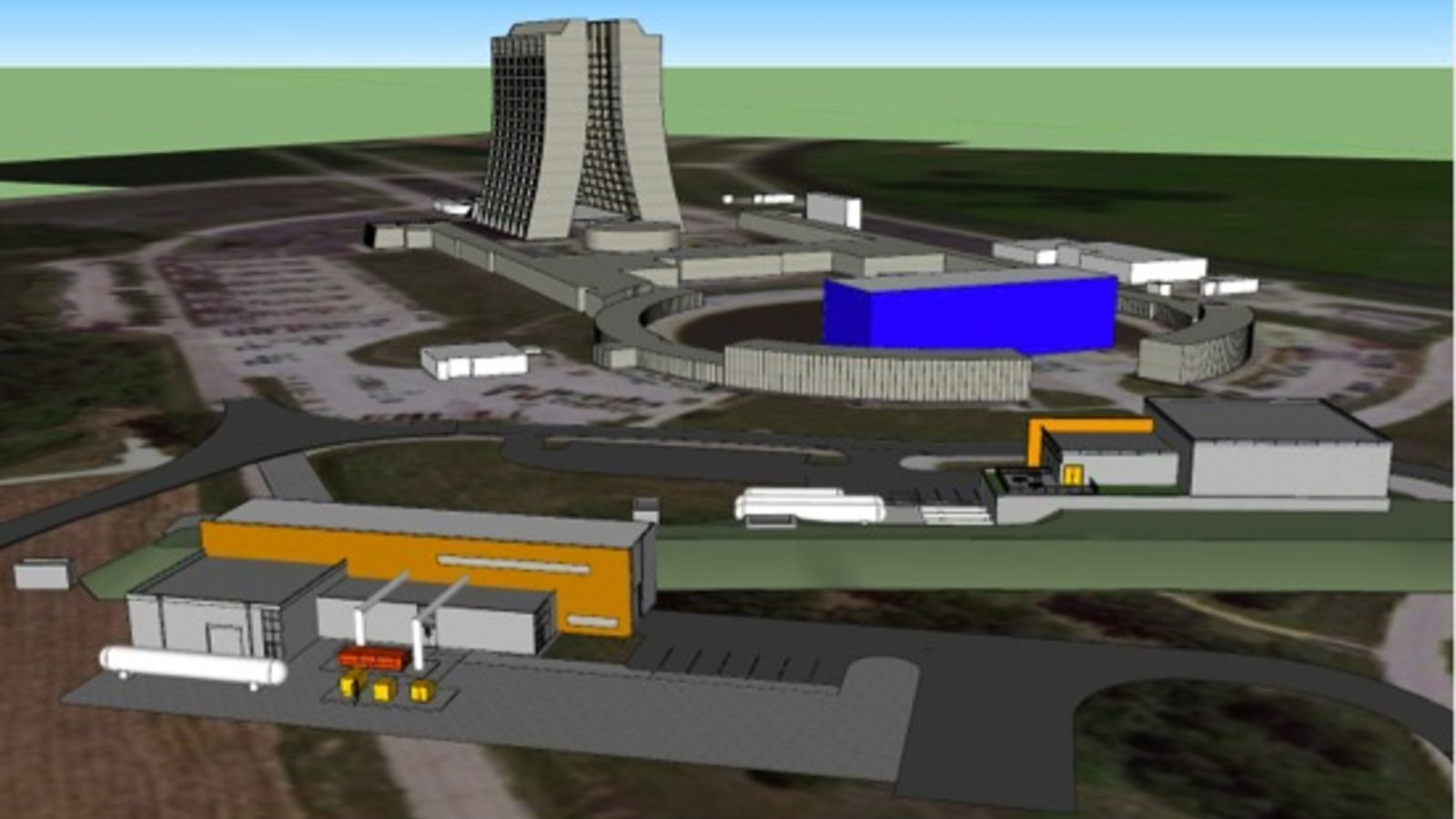 This spring, scientists at Fermi National Accelerator Laboratory will break ground on the buildings for a Muon Campus. The two initial experiments proposed for the campus draw on three decades of technological advances to turn muons into supersensitive probes for physics beyond the Standard Model.

With the planned Muon g-2 experiment, scientists aim to discover signs of subatomic particles and forces that have eluded detection by other experiments. It will be more sensitive to virtual or hidden particles and forces than any previous experiment of its kind. The Mu2e experiment will test a fundamental symmetry of the quantum world. Scientists have observed the transformation of one type of quark into another, as well as the transition of one type of neutrino into another. The question remains: Can the muon, a charged lepton, change into another type of charged lepton? In particular, can a muon turn into an electron?

Muon g-2 (pronounced g minus two), the first experiment to be installed in the new Muon Campus at Fermilab, has its roots in a muon experiment of the same name that ran from 1997 to 2001 at Brookhaven National Laboratory. The experiment’s goal is to measure with high precision the magnetic dipole moment of the muon. The quantity g specifies exactly how much a muon wobbles—or precesses—in a magnetic field.

“The muon is very sensitive to the hidden presence of new physics,” says Lee Roberts, professor of physics at Boston University and co-spokesperson for the Muon g-2 experiment.

The Brookhaven Muon g-2 experiment had its inception in 1982, when Yale physicist Vernon Hughes suggested an experiment to measure the magnetic dipole moment of the muon 20 times better than previous experiments run at CERN in the 1970s. He and Roberts were the co-spokespeople for the Brookhaven project and headed the design of the experiment, which eventually involved scientists from 14 institutions in five countries. It required firing muons into a 50-foot-diameter muon storage ring that produced an exceptionally uniform magnetic field. Muons circled the ring many times before decaying. Particle detectors recorded the decays to discern the nature of the muons’ precession.

Boston University has had a major stake in the Muon g-2 experiments at Brookhaven and now at Fermilab. In the early 1990s, the university provided the facilities to construct many important components of the muon ring. It was one of a half dozen institutions that “played a crucial role” in the experiment, says Brookhaven’s Bill Morse, former resident spokesperson for the Muon g-2 project.

Brookhaven’s Muon g-2 experiment produced the best measurement of the wobble, g, to date, and the result doesn’t agree with the predictions stemming from the theoretical framework known as the Standard Model of particles and forces. In the absence of quantum effects, g should equal 2. Taking into account all the known particles and forces, theorists can calculate with high precision how much g should differ from 2, which led to the experiment’s name. The Brookhaven experiment, however, produced a cliffhanger. It measured g-2 to be outside the Standard Model’s predictions with a confidence level of three sigma, meaning that there is a less than 1 in 370 chance that the experiment would observe a deviation of this magnitude from the Standard Model's prediction. For scientists, that is not enough to claim the discovery of a discrepancy, but enough to produce sleepless nights.

After the conclusion of the experiment at Brookhaven, Roberts, David Hertzog of the University of Washington (the other co-spokesperson of Muon g-2) and his UW colleague Peter Kammel were looking for a place to make a more precise measurement.

“Hertzog and I explored all around the world, and we concluded the best place was Fermilab,” Roberts says. Fermilab’s accelerators will enable the new experiment to collect data on more than 20 times the number of muons, an intensity that should lead to a more precise measurement of g-2 and a five-sigma discovery, if the initial observation was not a statistical fluctuation.

The Muon g-2 scientists hope to start recording data at Fermilab in less than three years. Theorists already have some ideas as to why g-2 might not agree with the Standard Model prediction. A theory known as supersymmetry predicts the existence of extra particles and forces, which modify the g-2 calculations.

“Supersymmetry predicts the Muon g-2 results we have so far,” says Brookhaven’s Morse. “It also predicts that the muon converts into an electron.”

That hard-to-observe muon-to-electron conversion is what the second proposed muon experiment at Fermilab, Mu2e (pronounced mew-to-ee), will search for: muons changing into electrons without producing other particles. The plan is to measure the conversion rate 10,000 times better than any previous experiment. Such an observation would revolutionize scientists’ understanding of elementary particles and point to new physics. To get this large experimental improvement, experimenters are developing a new kind of particle beamline and designing state-of-the-art detectors.

“This is a really rare phenomenon,” says Boston University's Jim Miller, who is co-spokesperson for the Mu2e experiment and also worked on Mu2e’s precursor, named MECO, at Brookhaven. “It’s like neutrino oscillations, but for charged leptons.” Neutrinos are leptons without electric charge. Physicists discovered in the last two decades that the three known types of neutrinos transform into each other. Can such a transformation also take place among charged leptons?

If the Standard Model and its predictions are correct, the chance for charged-lepton conversion to occur is so low that no experiment should ever be able to observe it. But if nature is more complex and allows for subatomic processes predicted by theories beyond the Standard Model, then Mu2e will have a chance to see the conversion and make history.

“It would have to be new physics to give us a measurable probability for this reaction,” Miller says.

Mu2e is scheduled to start taking data by 2019. At present, Mu2e collaborators from around the world are focused on learning how to separate “candidate events” in which an electron comes from a muon from background events that mimic the signal.

“The results of these experiments will constrain new physics,” Roberts says. “Whatever the answers we find, it’ll be important.”