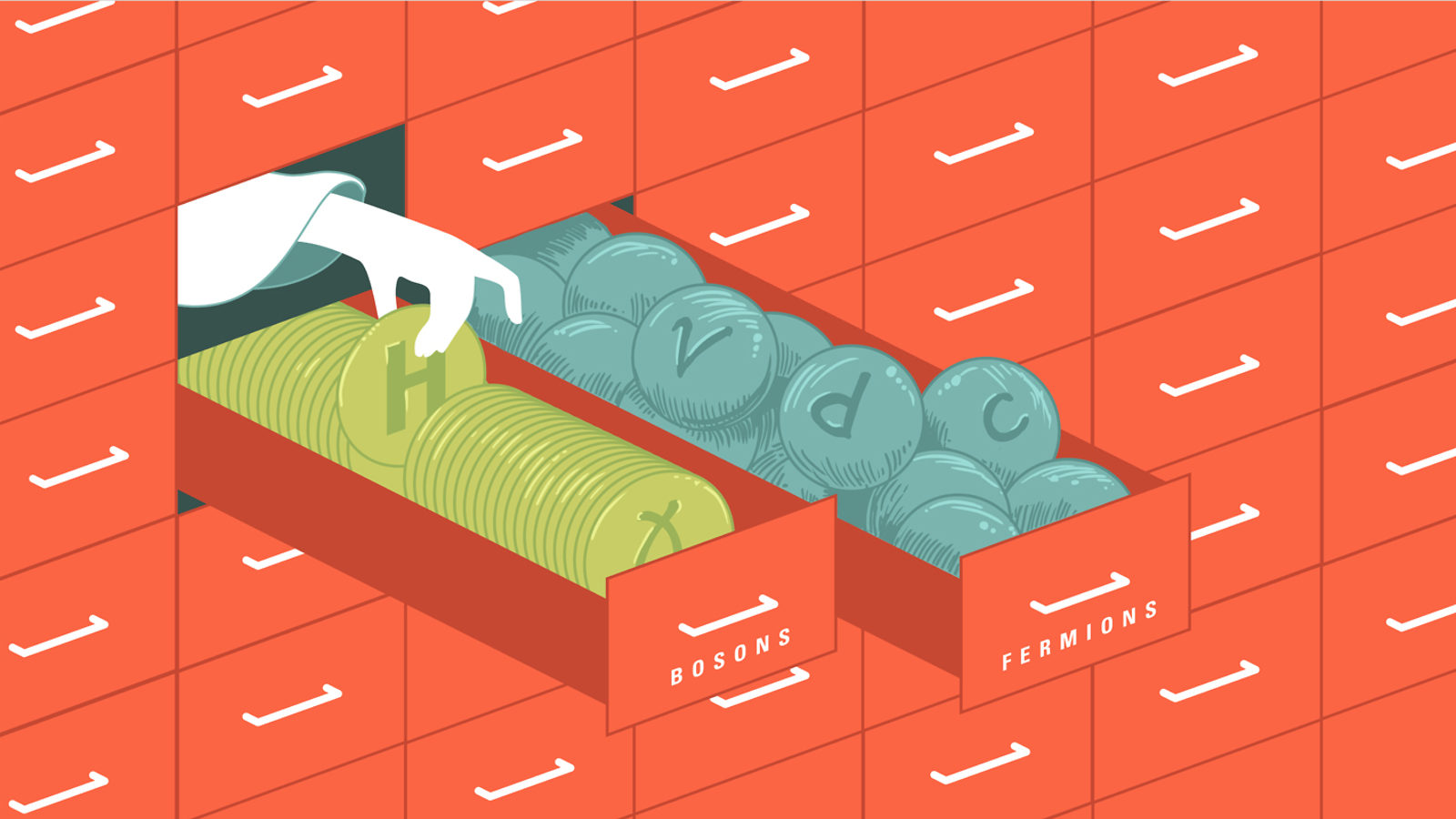 There are two kinds of elementary particles in the universe: bosons and fermions. Bosons don’t mind sitting on top of each other, sharing the same space. In principle, you could pile an infinite number of bosons into the tiniest bucket. Fermions, on the other hand, don’t share space: only a limited number of fermions would fit into the bucket.

Matter, as you might guess, is made of fermions, which stack to form three-dimensional structures. The force fields that bind fermions to each other are made of bosons. Bosons are the glue holding matter together.

Bosons and fermions act like two different kinds of spinning tops. Even when a boson or fermion is by itself, it always has an intrinsic angular momentum, which scientists call spin. Bosons always have an integer amount of spin (0, 1, 2...), while fermions have half-integer spin (1/2, 3/2, 5/2...).

Before July 2012, every fundamental particle that physicists had discovered had non-zero spin. But the theory behind the Higgs boson predicts that it should have no spin. If the early indications hold up and the new particle discovered at the Large Hadron Collider really is the Higgs boson, it will be the first known example of an elementary particle that knows no direction and no polarization—a truly revolutionary discovery.

Sean Carroll is a theoretical physicist and author of the new book The Particle at the End of the Universe: How the Hunt for the Higgs Boson Leads Us to the Edge of a New World.