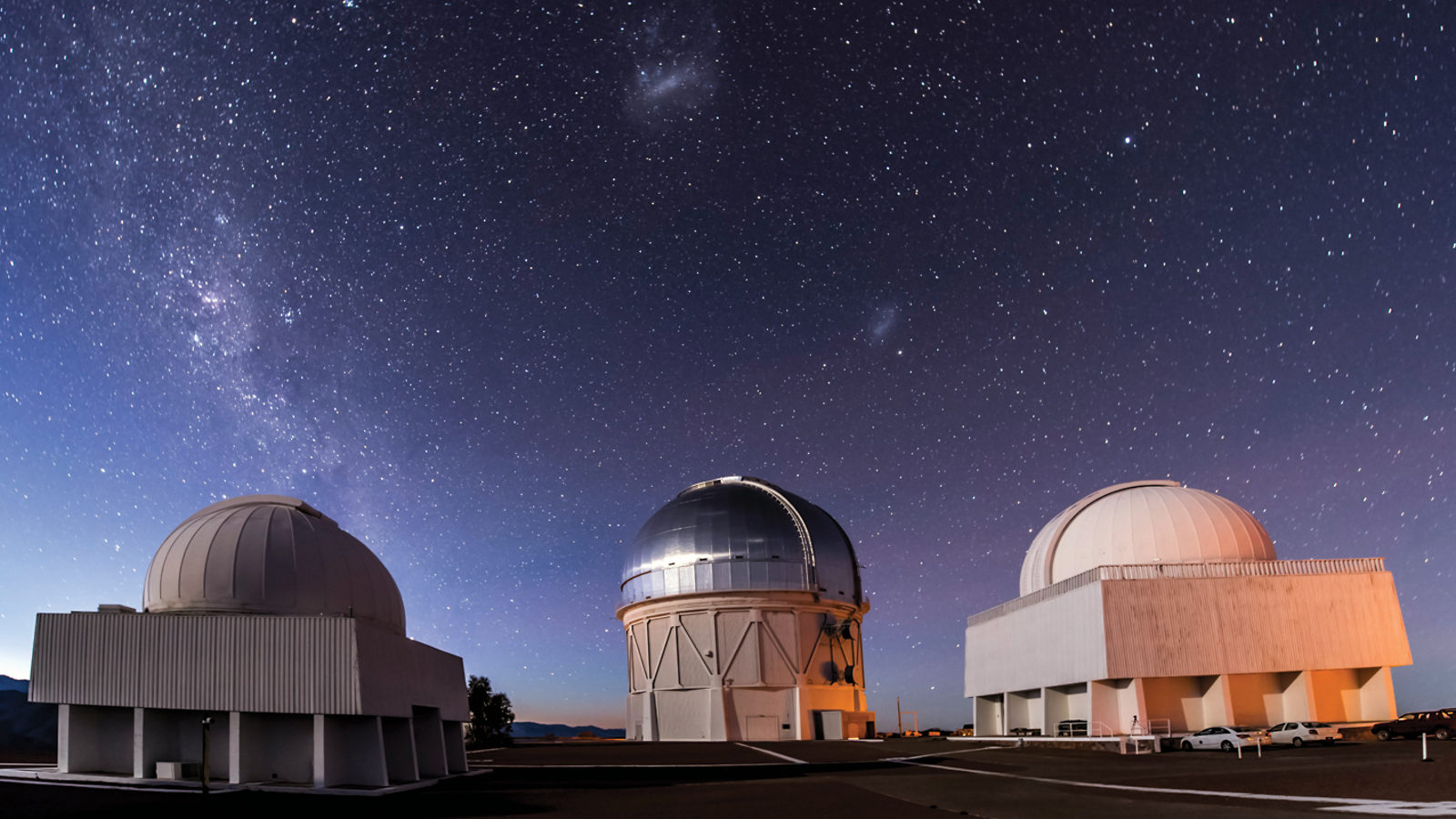 It takes my eyes a few moments to adjust when I walk out the door of the Victor M. Blanco telescope in Chile around 2 a.m. I take a few careful steps into the moonless October night with a physicist and a software developer following close behind. We are working the overnight shift at the Cerro Tololo Inter-American Observatory, monitoring the newly installed Dark Energy Camera. The most powerful digital survey camera in the world, DECam will spend the next several years studying the sky to determine how dark energy has shaped the evolution of the universe.

We have decided to do a little stargazing of our own.

The stars seem to blink into being, one at a time, as our eyes adjust. First come the brightest ones, the touchstones of ancient constellations. Orion raises his club and shield against the charging bull, Taurus—both turned absurdly on their heads in the southern sky. The Magellanic Clouds, a pair of dwarf galaxies in orbit around the Milky Way, glow in matching violet hues. Layer by layer, dimmer stars appear, slowly revealing the depth of the heavens.

This is the sky the first explorers saw, we say to one another. We wonder if site surveyors thought the same thing when they scaled the mountain on horses and mules in the 1960s, looking for the right place south of the equator to build an international astronomical observatory. At the time, there were fewer than a dozen observatories in the Southern Hemisphere, compared to closer to 100 in the north.

They chose this spot, 2200 meters above sea level, far from the distracting lights of the towns below. The winds from the Pacific Ocean, a stripe of blue visible in the distance during the daytime, are said to cleanse the air of dust.

Today clusters of telescopes under white and silver domes dot the rocky landscape like enormous eggs, each tucked into its own square nest. Their glass eyes track the stars each night as they sweep across the sky.

The stars’ motion is an illusion caused by the rotation of the Earth, but we’re not the only ones who are moving. Dark energy pushes the universe to expand at an ever-increasing speed. Depending on how dark energy works—something DECam seeks to understand—the universe might eventually be a much larger, colder, dimmer place. If we could come back here in tens of billions of years, these telescopes might see nothing but blackness beyond the immediate neighborhood of the Milky Way.

Tonight, though, we stand in the still, cold air, amazed by a sky full of light.

There's luck, and then there is LUCK. Brenna Flaugher has the latter.