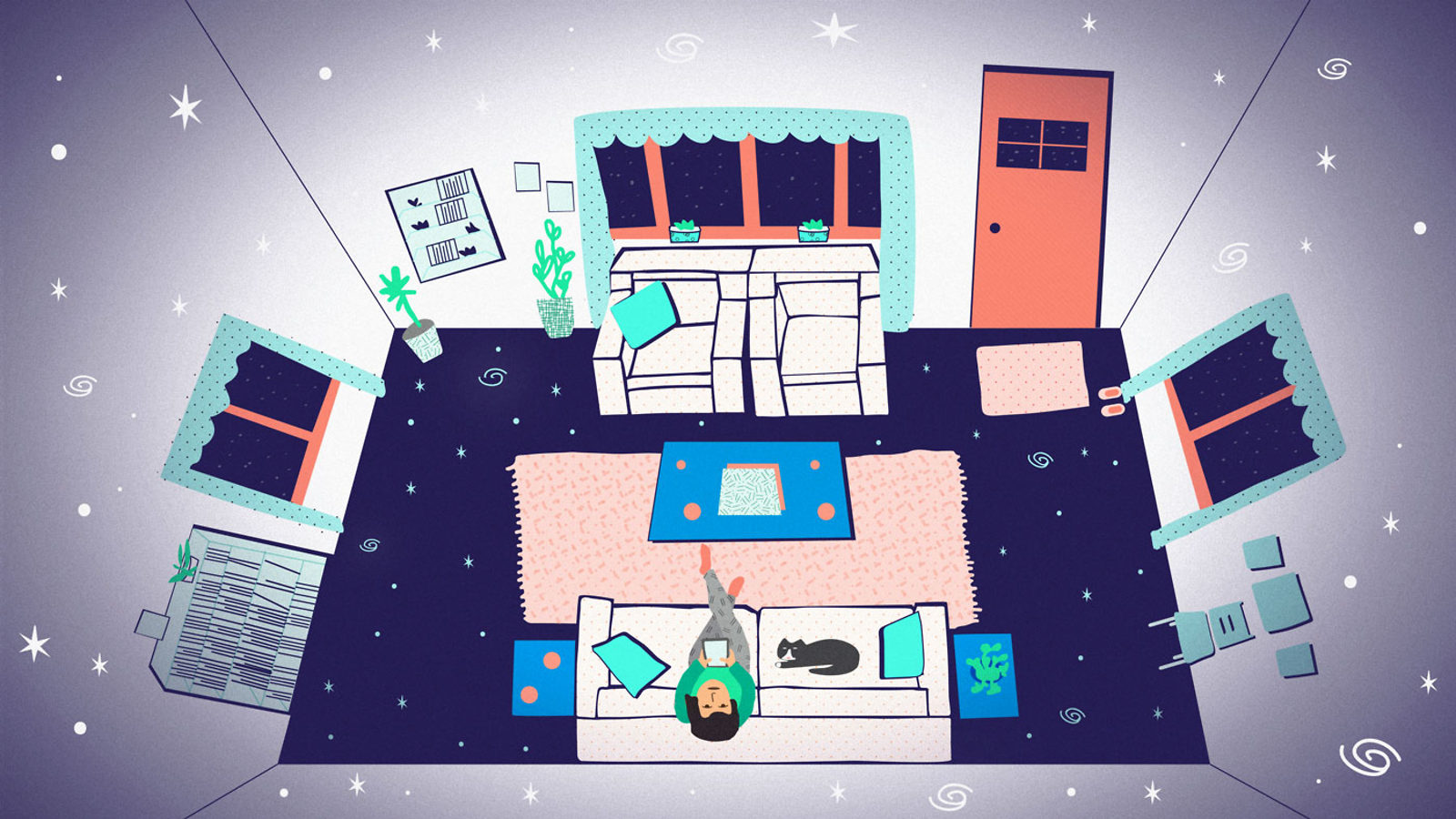 It is a well-established fact that the universe is expanding. It grows without center, like an inflating raisin cake, but an infinite raisin cake filling all of space in all directions. The raisins are the galaxies.

A problem I've had with this explanation is that if everything were to double in size—galaxies, houses, you and me, rulers—then we'd never notice. I might be a towering giant, but if the room is equally huge, I wouldn't know. We can only see relative differences in sizes.

When scientists say the universe is expanding, they don't mean that its occupants are expanding along with it. The raisins do not grow with the cake. Imagine cake batter so full of raisins that they're pressed against each other when you first put the cake in the oven, but by the time it's done, there's only one raisin per mouthful. This would be a better analogy, but it raises another question: How do we know the raisins aren't shrinking?

Putting the question another way, what if the distances between galaxies are fixed, but everything except those distances are getting smaller? Or somewhere in between—the universe grows a little while we shrink a little. For that matter, where should we put the boundary line between the scales that grow relative to the scales that shrink?

Fundamentally, the expansion of the universe is described by one ratio that relates lengths in space with durations in time, sometimes called the cosmic scale factor. As time passes, this ratio changes: the scale of space increases with each second. But since this ratio, length divided by time, is a speed, suppose we think of space as fixed and all speeds slowing down.

What would happen if every object, from particles to planets, suddenly slowed down? Planets would fall in closer to the sun because they would have less angular momentum. Similarly, electrons would get closer to the nuclei of atoms. Molecular bonds would shorten. Every system bound by a force would shrink, but the distances between unconnected systems would stay the same.

Alternatively, what would happen if particle speeds were left alone but everything expanded uniformly, like a plate of marshmallows in the microwave? Again, electron and planetary orbits would then shrink to their natural sizes, like marshmallows taken out of the microwave, but the gaps between them wouldn't.

Regardless of how we interpret the underlying theory, we have the same picture: Distances between bound systems increase relative to the sizes of those systems. But that shouldn't be a surprise, since we're talking about the same physics theory in two different ways. It's all a matter of perspective.

The age of the universe

How can we figure out when the universe began?