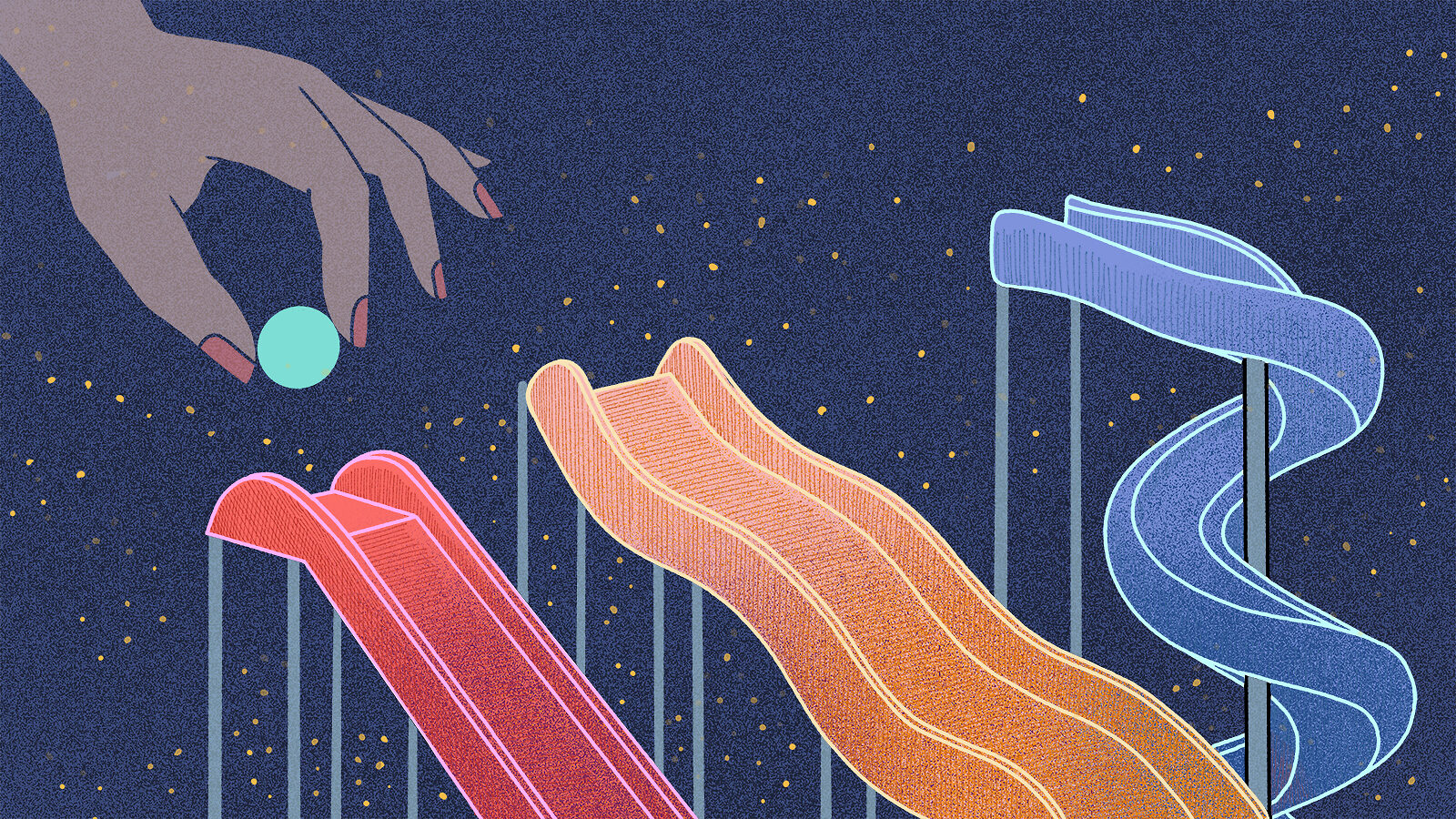 Half a century after Vera Rubin and Kent Ford confirmed that a form of invisible matter—now called dark matter—is required to account for the rotation of galaxies, the evidence for its existence is overwhelming.

Although it is known to interact with ordinary matter only through gravity, there is such a massive amount of dark matter out there—85% of all the matter in the universe—that it has played a pivotal behind-the-scenes role in shaping all the stuff we can see, from our own Milky Way galaxy to the wispy filaments of gas that link galaxies across vast distances.

“We think it exists because there’s evidence for it on many, many scales,” says Kevork Abazajian, a theoretical physicist and astrophysicist at the University of California, Irvine.

There have been a lot of ideas about what form dark matter might take, from planet-sized objects called MACHOs to individual particles like WIMPs—weakly interacting massive particles roughly the size of a proton—and even tinier things like axions and sterile neutrinos.

In the 1980s, scientists came up with a way to make sense of this growing collection: They started classifying proposed dark-matter particles as cold, warm or hot. These categories are based on how fast each type of dark matter would have traveled through the early universe—a speed that depended on its mass—and on how hot its surroundings were when it popped into existence.

In this way of seeing things, WIMPs are cold, sterile neutrinos are warm, and relic neutrinos from the early universe are hot. (Axions are a special case—both light and extremely cold. We’ll get to them later.)

Why is their speed so important?

“If a dark matter particle is lighter and faster, it can travel farther in a given time, and it will smooth out any structure that already exists along the way,” Abazajian says.

On the other hand, slower, colder forms of dark matter would have helped build structure, and based on what we know and see today it must have been part of the mix. 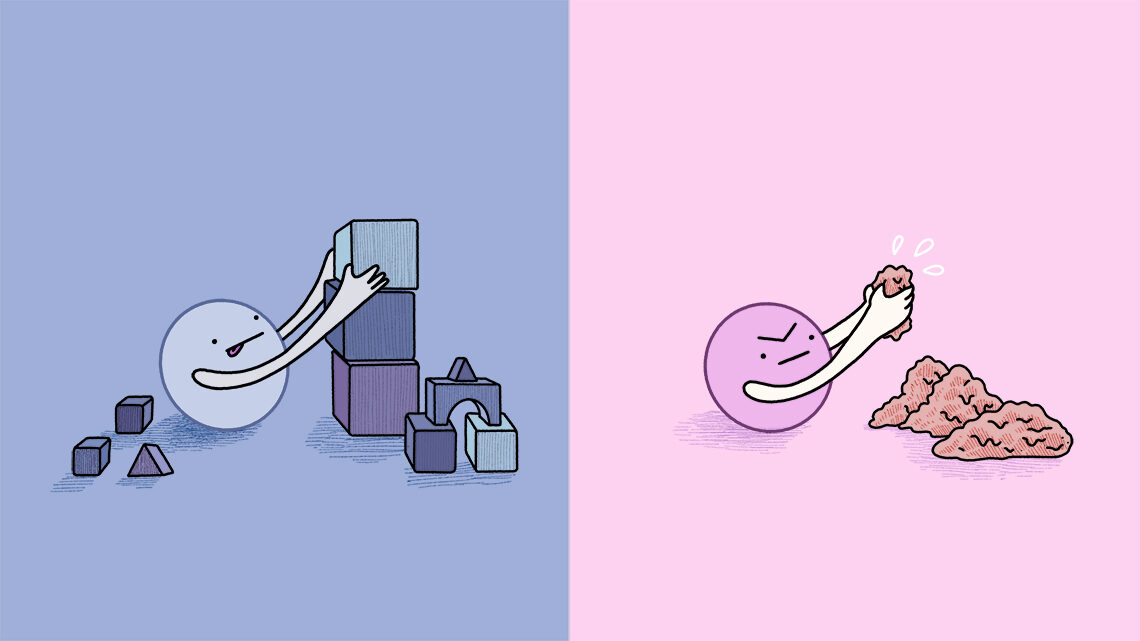 Although there are theories about when and how each type of dark-matter candidate would have formed, the only thing scientists know for sure is that dark matter was already around about 75,000 years after the Big Bang. It was then that matter started to dominate over radiation and little seeds of structure started to form, says Stanford theoretical physicist Peter Graham.

Scientists describe them as freely “streaming” through the universe, although this term is a little misleading, Abazajian says. Unlike leaves floating on a river, all headed in the same direction in a coordinated way, “these things are not just in one place and then in another place,” he says. “They’re everywhere and going in every direction.”

As it streamed, each type of dark matter would have had a distinctive impact on the growth of structure along the way—either adding to its clumpiness, and thus to the building of galaxies, or thwarting their growth.

Cold dark matter, such as the WIMP, would have been a clump-builder. It moved slowly enough to glom together and form gravitational wells, which would have captured nearby bits of matter.

Hot dark matter, on the other hand, would have been a clump-smoother, zipping by so fast that it could ignore those gravitational wells. If all dark matter were hot, none of those seeds could have grown into bigger structures, says Silvia Pascoli, a theoretical physicist at the University of Bologna in Italy. That’s why scientists now believe that hot dark-matter particles, such as relic neutrinos from the early days of the cosmos, could not constitute more than a sliver of dark matter as a whole.

Despite their tiny contribution, Pascoli adds, “I say these relic neutrinos are currently the only known component of dark matter. They have an important impact on the evolution of the universe.”

You might think that warm dark matter would be the best dark matter, filling the universe with a Goldilocks bowl of just-right structure. Sterile neutrinos are considered the top candidate in this category, and in theory they could indeed constitute the vast majority of dark matter.

But most of the parameter space—the sets of conditions—where they could exist have been ruled out, says Abazajian, who as a graduate student researched how specific types of neutrino oscillations in the early universe could have produced sterile neutrino dark matter.

Although those same oscillations could be happening today, he says, the probability that a regular neutrino would turn into a sterile one through standard oscillations in the vacuum of space are thought to be very small, with estimates ranging from 1 in 100,000 to 1 in 100 trillion.

“You’d have to have a very good counting mechanism to count up to 100 trillion hits in your detector without missing the one hit from a sterile neutrino,” Abazajian says.

That said, there are a few experiments out there that are giving it a try, using new approaches that don’t rely on direct hits.

Then there’s the axion.

Unlike the other dark-matter candidates, axions would be both extremely light—so light that they are better described as waves whose associated fields can spread over kilometers—and extremely cold, Graham says. They are so weakly coupled to other forms of matter that the frantic collisions of particles in the thermal bath of the early universe would have produced hardly any.

“They would have been produced in a different way than the other dark matter candidates,” Graham says. “Even though the universe was very hot at the time, axions would have been very cold at birth and would stay cold forever, which means that they are absolutely cold dark matter.”

Even though axions are very light, Graham says, “because they exist at close to absolute zero, the temperature where all motion stops, they are essentially not moving. They’re kind of this ghostly fluid, and everything else moves through it.” 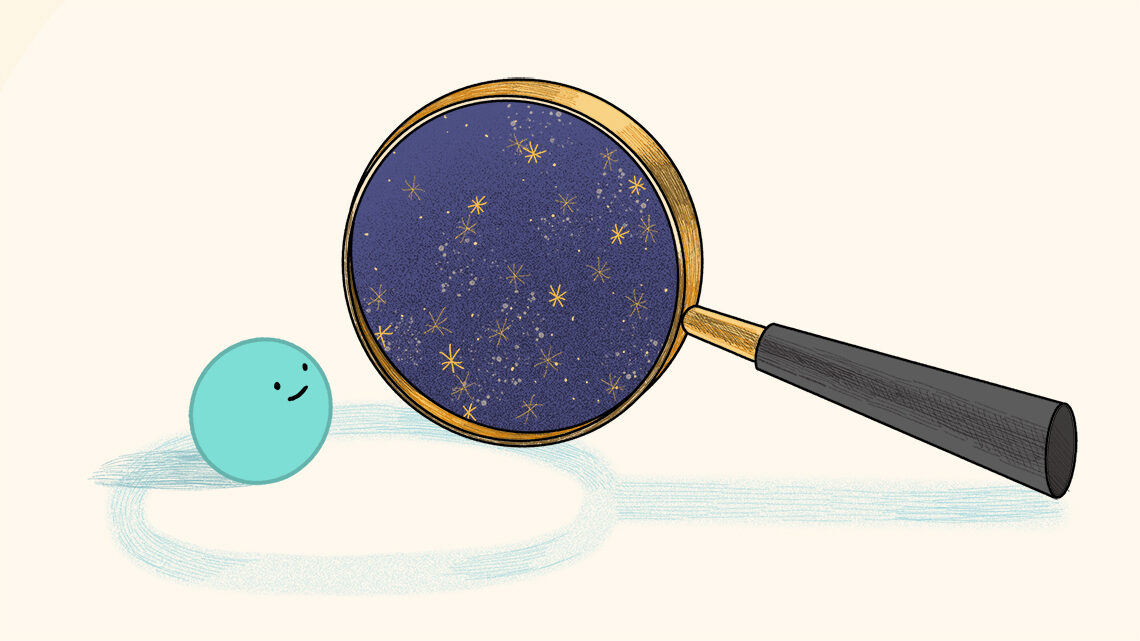 Searching for dark matter of all kinds

Some scientists think it will take more than one type of dark matter to account for all the things we see in the universe.

And in the past few years, as experiments aimed at detecting WIMPs and producing dark matter particles through collisions at the Large Hadron Collider have so far come up empty-handed, the search for dark matter has broadened. The proliferation of ideas for searches has been helped by technological advances and clever approaches that could force much lighter and even more exotic dark-matter particles out of hiding.

Some of those efforts make use of the very clumpiness that dark matter was instrumental in creating.

Simona Murgia, an experimentalist at the University of California, Irvine, led a team looking for signs of collisions between WIMPs and their antiparticles with the Fermi Gamma-ray Space Telescope while a postdoc at the US Department of Energy’s SLAC National Accelerator Laboratory.

Now she’s joined an international team of scientists who will conduct a vast survey of the Southern sky from the Vera C. Rubin Observatory in Chile using the world’s biggest digital camera, which is under construction at SLAC. One of the things this survey will do is get a much better handle on the distribution of dark matter in the universe by looking at how it bends light from the galaxies we can see.

“It will tell us something about the nature of dark matter in a totally different way,” Murgia says. “The more clumpy its distribution is, the more consistent it is with theories that tell you dark matter is cold.”

The camera is expected to snap images of about 20 billion galaxies over 10 years, and from those images scientists hope to infer the fundamental nature of the dark matter that shaped them.