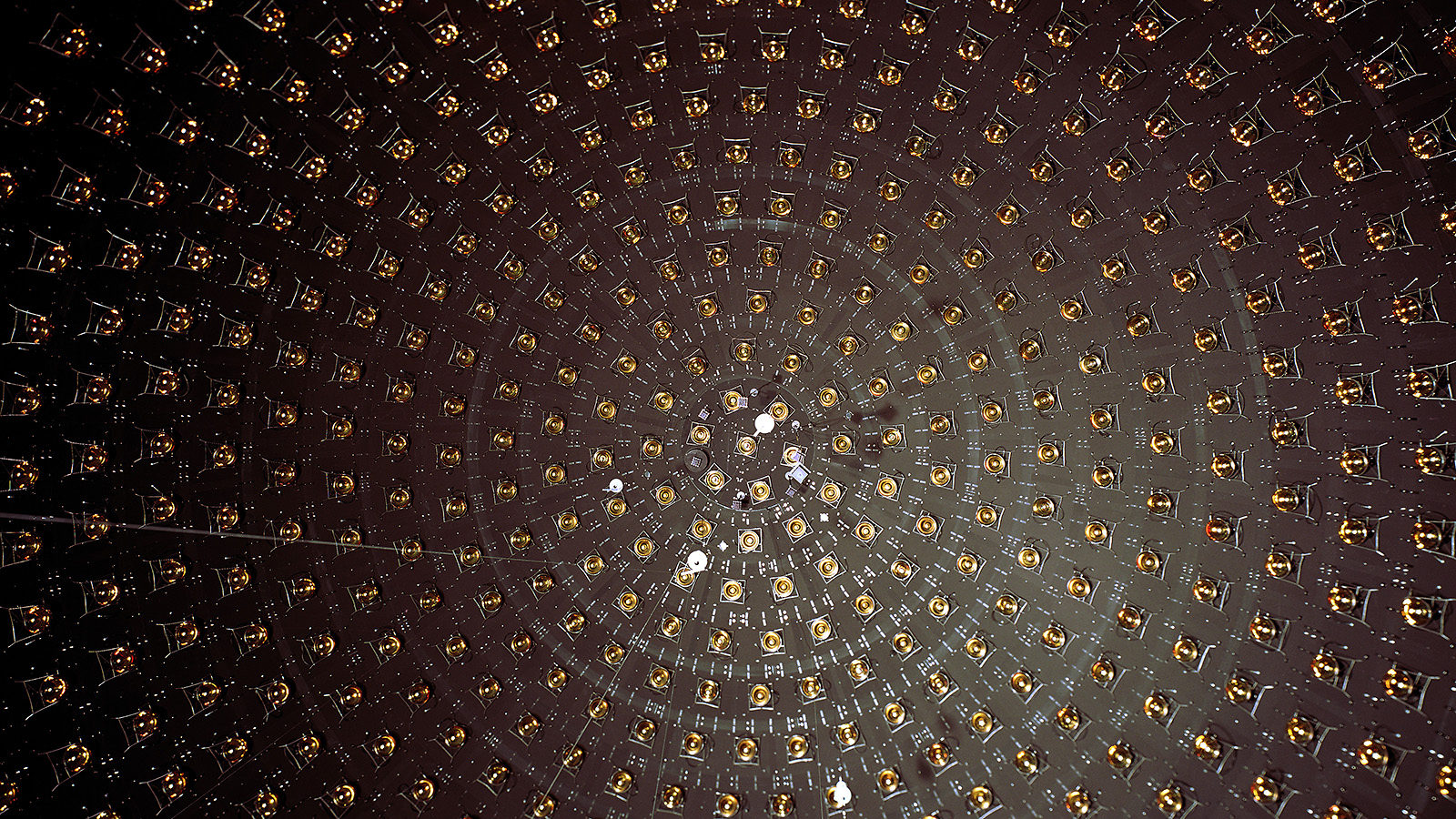 New research results have potentially identified a fourth type of neutrino, a “sterile neutrino” particle. This particle will provide challenges for the Standard Model of particle physics if it is found to be a valid result in future experiments. The work, conducted by a multi-institutional team at Fermi National Accelerator Laboratory near Chicago, confirms results found in the 1990s in the Los Alamos Liquid Scintillator Neutrino Detector (LSND).

“This is a fascinating step forward for particle physics,” says Los Alamos National Laboratory Director Terry Wallace. “Of course, this needs to be tempered by ‎the fact that future observations are required to really clinch this beyond any shadow of doubt. Modifications to the Standard Model, including dark matter, new particles and other interpretations of this result are still speculative. What stands with high confidence is that two experiments with completely different approaches observe the same effect.”

Neutrinos, traditionally understood to come in three flavors (electron, muon and tau), have been measured by the Mini Booster Neutrino Experiment, MiniBooNE, for some 15 years. The key to the current result is the existence of more electron-flavored neutrinos than expected. Neutrinos normally oscillate between the three types, but the overpopulation of the electron-flavored ones leads to a theory that some of the muon neutrinos became sterile neutrinos for a time during the regular oscillations. The sterile neutrinos could reasonably be assumed to have transitioned into electron neutrinos in their next oscillation phase, thus explaining the higher electron numbers.

“We cannot say definitively that it’s sterile neutrinos, but we can conclusively say something fundamental is going on,” says Richard Van de Water, the Los Alamos co-lead on the project.

“Over the past 20 to 30 years, neutrino oscillations have been observed from one flavor to another,” he says. “But in the late 1990s the LSND at Los Alamos saw evidence of electron neutrinos in the beam, and if our observations were correct, a much heavier type of neutrino was also in existence. That’s where the idea of sterile neutrinos came about."

The MiniBooNE experiment was designed differently from LSND, yet has shown similar results.

“I’m careful about saying it’s sterile neutrinos. It could be, but it could be something else," Van de Water says. "The same effect has now been observed in two experiments, with a small chance that there is a mistake in both experiments. We still see what shouldn’t be there, and it could be even more exciting. Speculating, I like to think of this as the first hint of the dark sector, perhaps interacting through neutrinos, and this could be a way to probe dark matter and dark energy.”

In a recent article, Fermilab's deputy director for research noted that the latest results from the MiniBooNE collaboration provide even stronger motivation for the three new short-baseline neutrino experiments at Fermilab that are based on liquid argon technology.

“These are exciting times for neutrino scientists,” Lykken says.

The MiniBooNE detector was established by a collaborative effort at Fermilab in 2002 to search for unusual neutrino interactions. In recent years the detector has collected data to study background interactions related to the short-baseline neutrino program. About 50 scientists from 20 institutions continue to work on the analysis of data recorded by the experiment.

Editor's note: A version of this article was originally published as a Los Alamos National Laboratory press release.