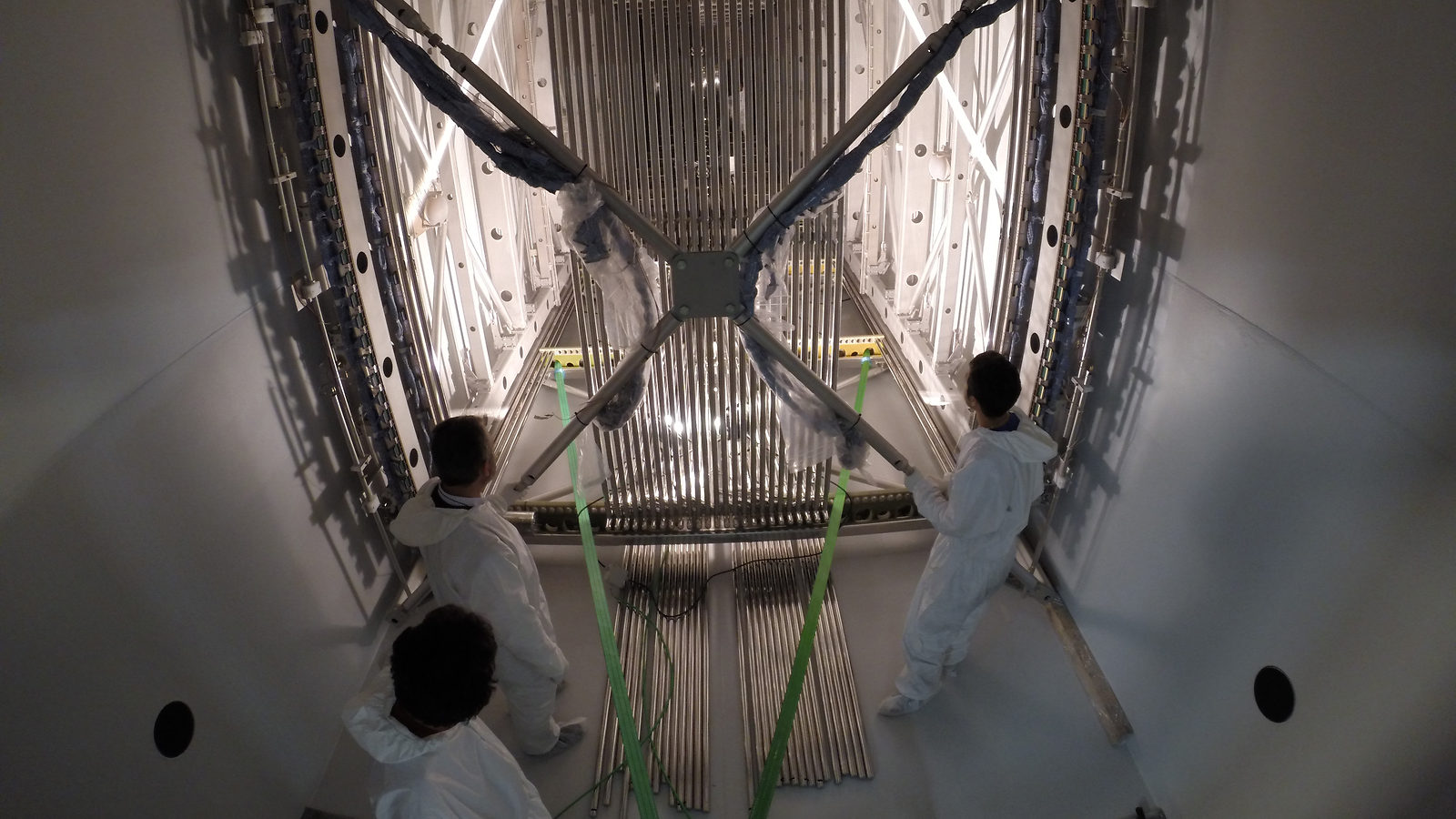 The ICARUS T600 neutrino detector—the world’s largest liquid-argon neutrino experiment—is on its way from the INFN Gran Sasso laboratories in Italy to European research center CERN on the border of France and Switzerland. Once it arrives at CERN, it will undergo upgrades to prepare it for a second life.

“ICARUS is presently the state-of-the-art technology,” says Nobel Laureate Carlo Rubbia, the leader of the ICARUS experiment. “Its success has demonstrated the enormous potentials of this detector technique… Most of the ICARUS developments have become part of the liquid-argon technology that is now being used is most of the other, more recent projects.”

Since 2010, the ICARUS experiment has studied neutrinos streaming about 450 miles straight through the Earth from CERN to Gran Sasso. Neutrinos come in three types, called flavors, and they switch flavors as they travel. The ICARUS experiment was set up to study those flavor oscillations. Its detector, which works like a huge, three-dimensional camera that visualizes subatomic events, has recorded several thousand neutrino interactions.

The detector is 6 meters wide, 18 meters long and 4 meters high. When in operation, it is filled with ultra-pure liquid argon and about 52,000 wires, which collect signals from particles and can reconstruct 3-D images of a what happens when a neutrino knocks an electron off of an atom of argon.

To prepare the sensitive detector for transport, workers moved its inner chamber on sleds into a shipping container, says Chiara Zarra, the ICARUS movement and transportation coordinator. But getting the experiment out of its home was a challenge, she says. The laboratory layout had changed since ICARUS was first installed, and there were multiple other experiments to maneuver through. A team from CERN helped with planning by creating 3-D simulations of the operation.

Over the course of about a week, the detector will travel on a special equipment transporter through Rome, Genoa and Turin. After that it will cross the Alps through the Mont Blanc tunnel on its way to Geneva. 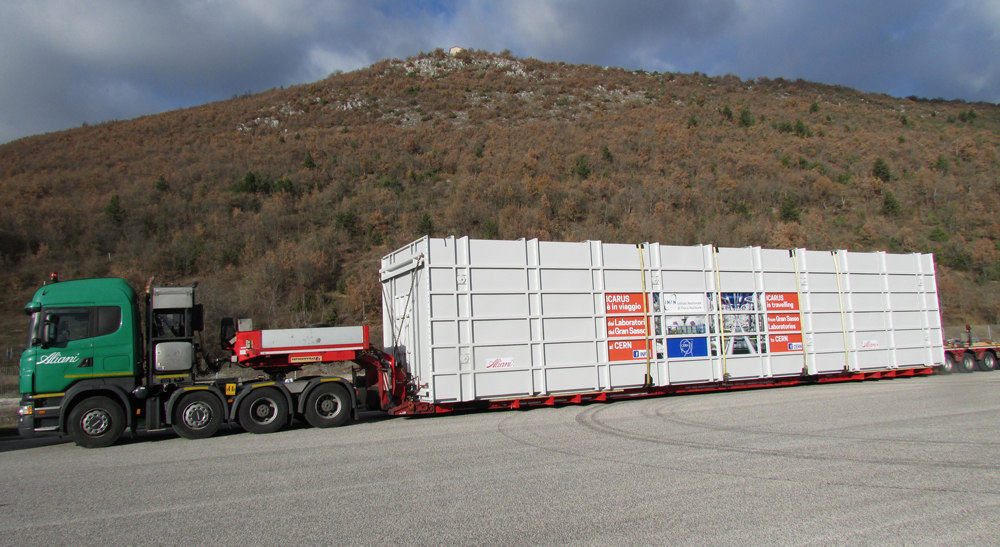 INFN
Like what you see? Sign up for a free subscription to symmetry!
Follow
Use your browser’s print dialog box to create a pdf.
Latest news articles
The New York Times