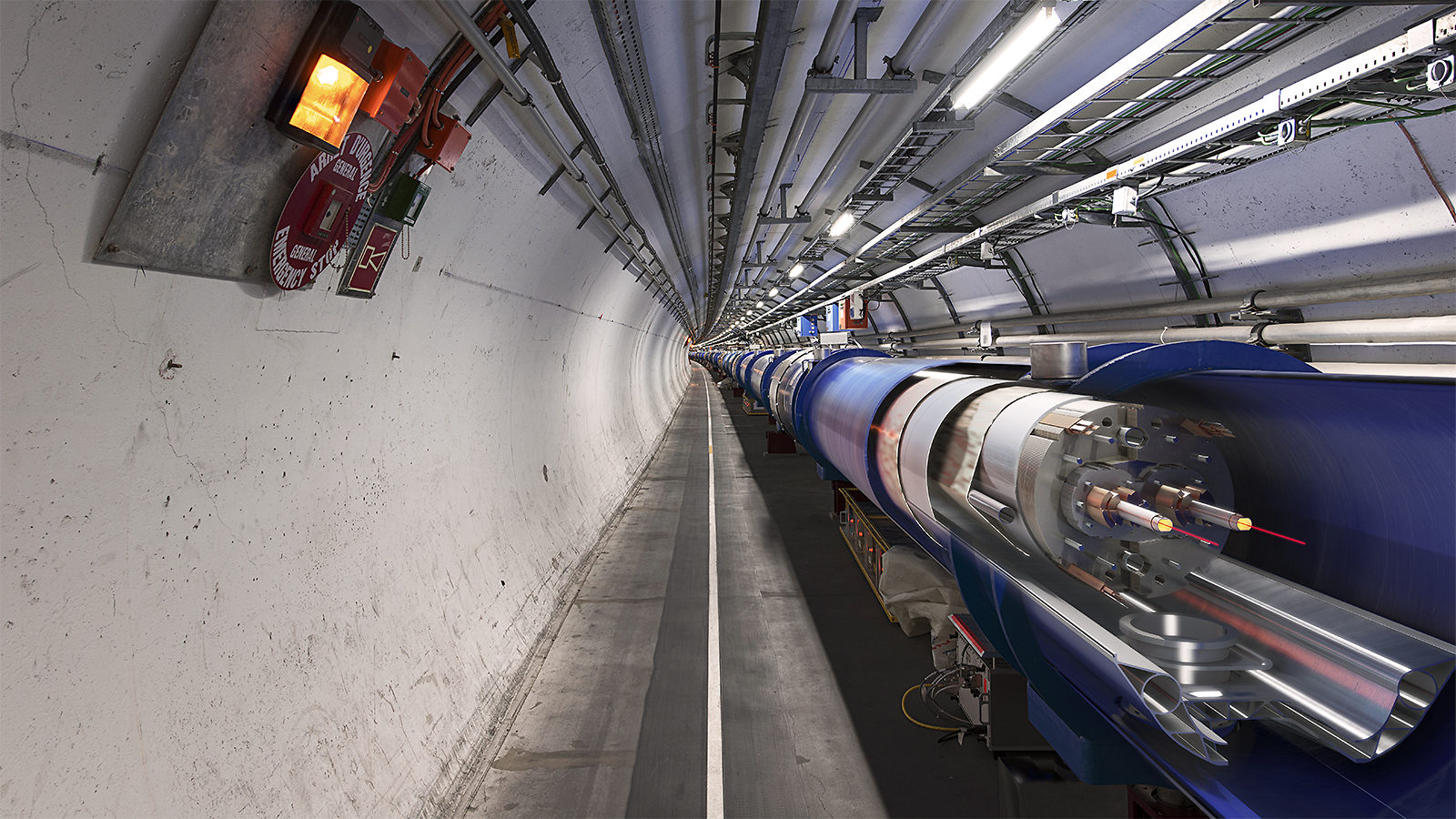 The Large Hadron Collider is the world’s most powerful accelerator. Inside, beams of particles sprint 17 miles around in opposite directions through a pair of evacuated beam pipes that intersect at collision points surrounded by giant particle detectors.

The inside of the beam pipes need to be spotless, which is why the LHC is thoroughly cleaned every year before it ramps up its summer operations program.

It’s not dirt or grime that clogs the LHC. Rather, it’s microscopic air molecules.

“The LHC is incredibly cold and under a strong vacuum, but it’s not a perfect vacuum,” says LHC accelerator physicist Giovanni Rumolo. “There’s a tiny number of simple atmospheric gas molecules and even more frozen to the beam pipes’ walls.”

Protons racing around the LHC crash into these floating air molecules, detaching their electrons. The liberated electrons jump after the positively charged protons but quickly crash into the beam pipe walls, depositing heat and liberating even more electrons from the frozen gas molecules there.

This process quickly turns into an avalanche, which weakens the vacuum, heats up the cryogenic system, disrupts the proton beam and dramatically lowers the efficiency and reliability of the LHC.

But the clouds of buzzing electrons inside the beam pipe possess an interesting self-healing feature, Rumolo says.

“When the chamber wall is under intense electron bombardment, the probability of it creating secondary electrons decreases and the avalanche is gradually mitigated,” he says. “Before ramping the LHC up to its full intensity, we run the machine for several days with as many low-energy protons as we can safely manage and intentionally produce electron clouds. The effect is that we have fewer loose electrons during the LHC’s physics runs.”

In other words, accelerator engineers clean the inside of the LHC a little like they would unclog a shower drain. They gradually pump the LHC full of more and more sluggish protons, which act like a scrub brush and knock off the microscopic grime clinging to the inside of the beam pipe. This loose debris is flushed out by the vacuum system. In addition, the bombardment of electrons transforms simple carbon molecules, which are still clinging to the beam pipe’s walls, into an inert and protective coating of graphite.

Cleaning the beam pipe is such an important job that there is a team of experts responsible for it (officially called the “Scrubbing Team”).

“Scrubbing is essential if we want to operate the LHC at its full potential,” Rumolo says. “It’s challenging, because there is a fine line between thoroughly cleaning the machine and accidentally dumping the beam. When we’re scrubbing, we work around the clock in the CERN Control Center to make sure the accelerator is safe and the scrubbing is working properly.”