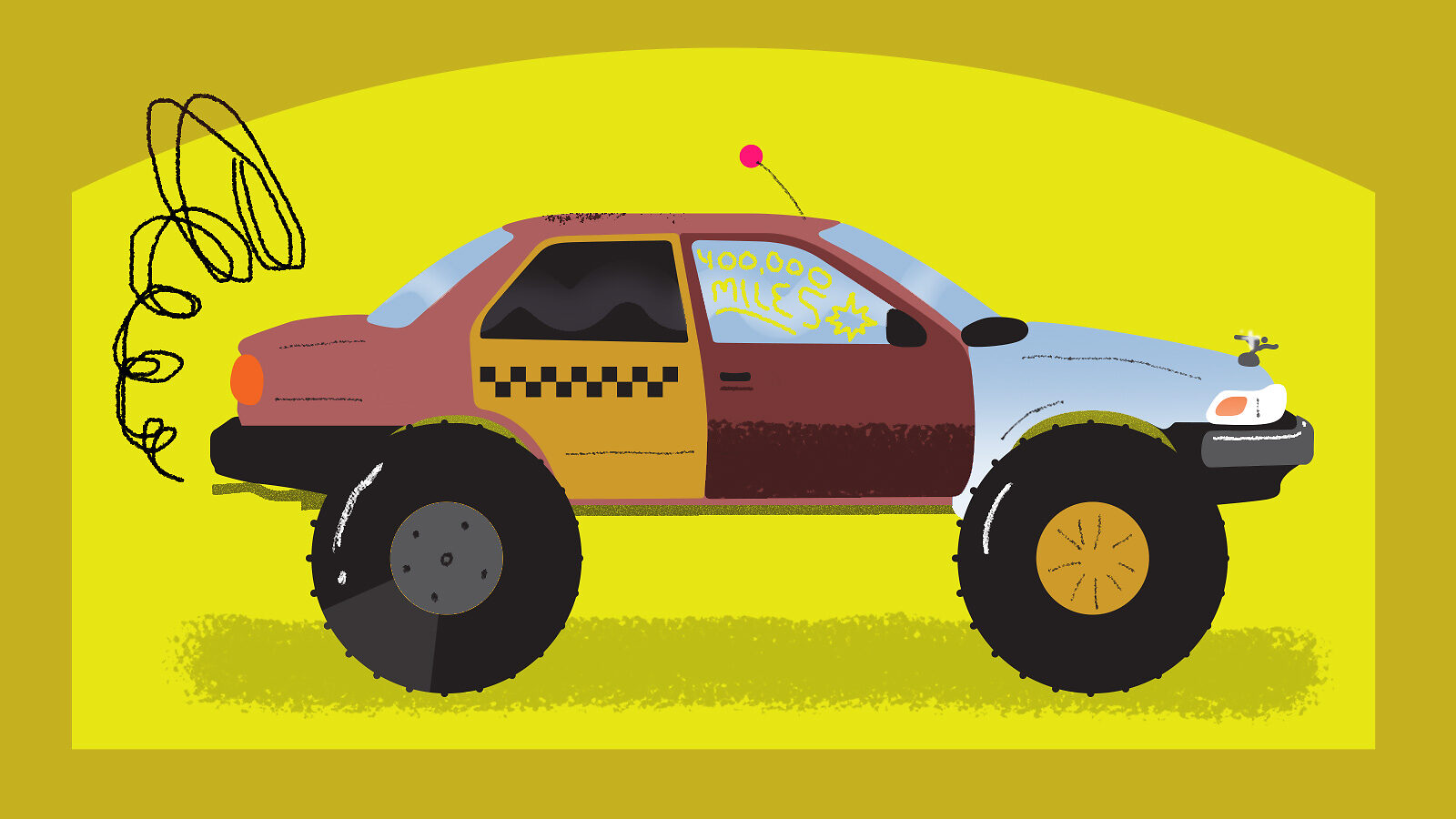 In 1859, a French astronomer noticed that gradual changes to Mercury’s orbit could not be explained by Isaac Newton’s concept of gravity.

“Mercury is within the solar system, where Newton’s laws had worked perfectly, and continue to work perfectly, in almost all cases,” says Sophie Renner, a fellow in the CERN Theory Group. “But for some reason, they saw a discrepancy.”

Astronomers attributed the observation to a missing variable, such as an unseen planet slowly tugging Mercury off course. But Mercury’s mysterious playmate was never found.

That’s because their equations didn’t need a new variable; their theory needed a revolution.

“When a theory breaks, you learn how to build it better.”

Half a century later, scientists found the explanation for Mercury’s behavior: The sun was stretching spacetime and creating a gravity well that slowly changed Mercury’s path. This revelation brought to light the limits of Newtonian physics—and validated Albert Einstein’s theory of general relativity.

These fractures between prediction and observation are what physicists look for.

“We want to break theories for the same reason you want to break software,” says Cynthia Keeler, an assistant professor at Arizona State University. “You have to stress-test it and find out what its boundaries are. When a theory breaks, you learn how to build it better.”

When the CMS and ATLAS experiments at CERN saw an unexpected bump in their data in 2016, theorists submitted nearly 500 papers speculating about what new physics it might reveal. (When the experiments collected more data, the bump disappeared.)

But rigorous experimental testing is only one of the many ways to break a theory. Physicists constantly run quality-control checks designed to crack, bend and extend their favorite mathematical models of the universe.

Einstein had a wild imagination. He asked himself questions like: What would he feel if he rode an elevator through outer space? What would he see if he chased a beam of light?

Other daydreamers might not have moved beyond wondering. But Einstein had a background in physics and friends with advanced degrees in mathematics. His thought experiments seeded deeper investigations that eventually showed the limitations of Newtonian mechanics.

“What Einstein did was expose internal paradoxes of the theory itself,” says Stephon Alexander, a physics professor at Brown University. “It’s like looking at a picture of something beautiful, but then finding a new angle and the picture isn’t as beautiful or elegant as you thought.”

Theorists must look for every possible angle, Alexander says. “As a theorist, you have the responsibility to strive for mastery and at the same time, be willing to look at things from the outside-in.”

Today’s thought experiments sound just as bizarre as Einstein’s from 100 years ago. The internal paradoxes they reveal are just as gnarly.

For example: “If I build a black hole out of a bunch of dictionaries, can I find the information in those dictionaries?” Keeler says. “Quantum mechanics says the information should be preserved—maybe it’s hard to get because it’s all mixed up, but it shouldn’t go away.

“Black holes seem to contradict that. We’ve had 50 years of discussions over this problem.”

But unlike the stories of Shakespeare or Kurosawa, a physics theory is told in the language of mathematics. If the math doesn’t check out, neither does the theory.

“A lot if it is asking, ‘Is this legal?’” Keeler says. “You might write down something that seems mathematically consistent and then run into problems later. You have to ask, could any universe be constructed with this, or would it fall apart?”

Quantum field theory, which describes physics at subatomic scales, makes many mathematicians cringe because of its “algebraic shenanigans,” says Dorota Grabowska, a fellow in the CERN Theory Group. “If I had a conversation with a mathematician about quantum field theory, they would let out a sigh of exasperation. It’s like when your mom tells you to clean your room, so you shove everything in the closet. It looks fine, but please don't open the closet.”

But quantum field theory survives because at the end of the day, it still makes predictions that check out with experiments, such as those at the Large Hadron Collider at CERN.

“The LHC is like our mother, and when she opens the closet, everything is magically organized,” Grabowska says.

Push it to extremes

Physics before the 20th century was mostly limited to the study of speeds, sizes and energies around the human scale. But then scientists started asking, what happens if we go faster? Or smaller? Or to a higher energy?

“A theory breaks when you try to calculate something new with the theory you have, and it gives you something absurd,” Renner says. “That’s what happened with the ultraviolet catastrophe of black-body radiation.”

Any blacksmith can attest that there is a link between the temperature of molten iron and the color and brightness of the light it emits. Classical physics did a pretty good job predicting the intensity of this light (hotter objects glow more brightly).

The trouble started when they pushed into the ultraviolet range.

Scientists calculated the amount of ultraviolet radiation an object burning at high temperature would emit. They found the prediction from classical physics in no way reflected reality, Renner says. “It went towards infinity at high frequencies, which is not what we see at all.”

The newly exposed edges of classical physics inspired Max Planck to reinterpret what energy actually is.

Planck proposed that unlike speed—which can be any value up to the speed of light—energy is more like a currency that comes in discrete bills called quanta. High-frequency light costs big quanta to shine, which explained the steep drop-off in the intensity of light radiating from an object in the ultraviolet range.

Today scientists are pushing far beyond the ultraviolet. UV light has around 3 to 30 electronvolts of energy; scientists at the Large Hadron Collider are currently studying the laws of physics at up to 13 trillion electronvolts.

The LHC’s enormous energy allowed physicists to finally find the legendary Higgs boson, which was theorized 50 years before its discovery and helps explain the origin of mass.

But this discovery illuminated what might be the limits of current theory in the form of the Standard Model, which physicists use to describe subatomic particles, forces and fields.

“If the Standard Model is valid across a large range of energies, we would expect the Higgs to have a much heavier mass than it does,” Renner says. “There’s no reason why the Higgs should be at the mass that it is, unless some new theory takes over at energies just out of our reach.”

Physicists are pushing the limits and searching for cracks that will let them see beyond the boundaries of the Standard Model’s effectiveness. Theory alone can go only so far, and many theorists are looking to experimentalists to light the way.

“Theoretical physics has always been driven by observations and detection,” Alexander says. “The field would be nothing without it. We’re relying on experimentalists to break the theory, and we’re really interested to see how they will surprise us.”