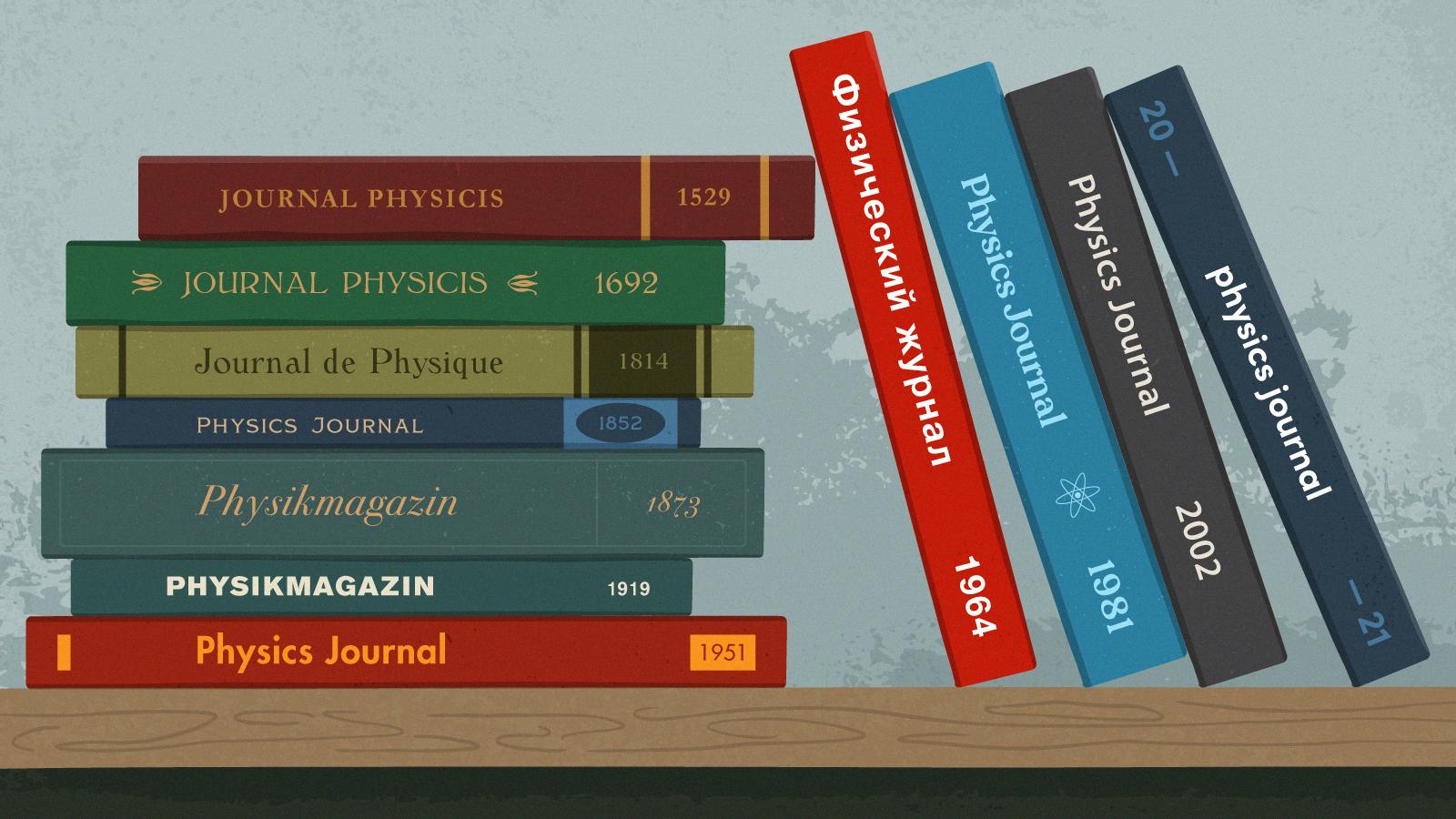 During Michael Gordin’s childhood, his mother—who grew up speaking French and Moroccan Arabic—mostly conversed with his father in his father’s native Hebrew. But both of Gordin’s parents spoke to Gordin and his brothers in English, even though Gordin’s father was less nimble in the language.

“It wasn’t until much later that I came to realize what a sacrifice that was for them, to not feel quite at ease when speaking to their kids,” Gordin says, “because they wanted their kids to have the opportunities that came with speaking a language” that more people spoke.

As Gordin got older, he became more and more interested in languages: specifically, in how people choose which languages to use, and how sometimes a more widespread language is favored over a less common one for the sake of greater opportunity and access.

Gordin is now a professor at Princeton University who specializes in the history of the modern physical sciences, particularly in Russia and the Soviet Union. In 2010, he began to write a book about how, in the mid-20th century, Russian became one of the significant languages of science. But he quickly ran into a problem.

“You can’t just write about one language; it’s an ecology, where all the languages of science are interacting,” he says. “So I decided to just devote myself entirely to exploring the issue of the friction that happens when people have to use a different language” that is not their native tongue.

In 2015, he published Scientific Babel: How Science Was Done Before and After Global English, an account of how languages have waxed and waned in popularity among the scientific community since the Renaissance—and how English became the dominant language of science. 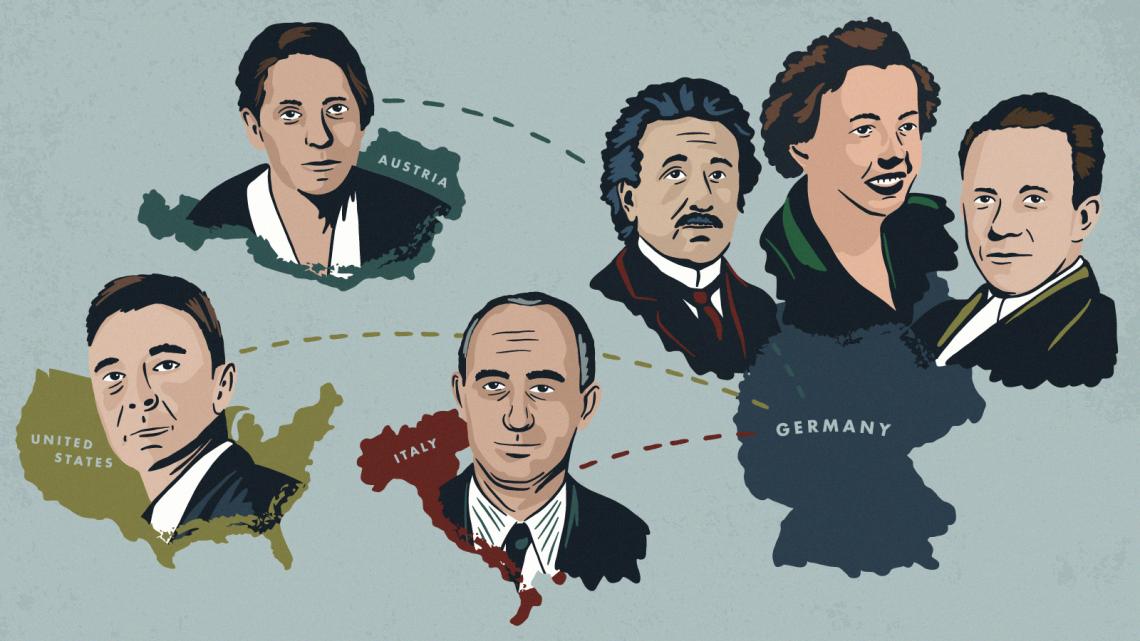 A dead language gets a second life

During the Renaissance, a trove of ancient scientific texts was rediscovered by Western Europeans, providing a repository of ancient knowledge. Scholars immediately translated them from ancient Greek to the written language that most educated Europeans knew: Latin, the language of the Catholic church. This led to a resurgence of written Latin, despite all its native speakers having been dead for a millennium.

But a few hundred years later, Latin faded out of general use once more. By the mid-1800s, science in Europe was split fairly equally between English, French and German.

“If you were a native speaker of French, English or German, you had to learn passively the other two,” Gordin says. “You had to be able to at least read articles and maybe understand someone speaking to you, but you only had to actively produce content in your own language. It was very common to have correspondence between scientists where one writes in English and the other writes in German.”

In the first half of the 20th century, Germany was an important educational hub for physics. Not only was it producing its own trailblazers—such as Werner Heisenberg, Albert Einstein and Maria Goeppert Mayer—it also attracted prominent physicists from other countries to study and work at its universities. Lise Meitner, born in Austria, Robert Oppenheimer, born in America, and Enrico Fermi, born in Italy, all spent time as researchers in German science institutes in the 1920s.

Germany’s esteemed position in the scientific community changed dramatically with the rise of the Nazi Party before World War II. Foreign students and researchers were denied visas. Thousands of Jewish scientists, including Meitner, were forced to resign from their universities, and academics were forbidden from traveling abroad.

Meitner, for one, stayed in Berlin, where she had built her career, as long as she could. But she was eventually forced to flee to the Netherlands. Soon afterward she settled in Sweden.

She wrote to fellow physicist Max van Laue about the experience of finding herself, at the age of 60, suddenly dependent on the goodwill of a country whose language she had never spoken. “One never enjoys equal rights and is always internally alone,” she wrote. “One always speaks a foreign language—I don’t mean the external formulation of language, I mean mentally. One is without a homeland. I wish that you never experience this, nor even that you understand it.”

The exile and persecution of scientists in Germany had a profound effect on individuals like Meitner—and on the field of physics, Gordin says. There was a shift away from Germany—and war-torn France as well—coupled with a shift toward the universities and national laboratories in the United States.

“The salience and prominence of physics that emerged in the West—linked to the development of the Manhattan Project and its legacy—produced a very strong shift towards English,” he says. “And now, when scientists go on postdocs, they want to go to the US.”

It was also a turning point for the role of the US in scientific education.

“That is enormously influential because it's where people go to graduate school, where they send their students to study,” Gordin says. “It's where the conferences are heavily funded, because the Americans had more money after the war. Because the American educational system becomes so prominent, and later on also the British, English becomes an obligatory conference language. It becomes a common denominator.”

How translation burst the Russian bubble

There was also a strong scientific community in the Soviet Union. But right after the world war, the Soviet government shut down their few scientific journals published in languages other than Russian.

“So now you have one of the most powerful countries in the world publishing a ton of science but publishing it in a language most scientists don’t read,” Gordin says. “There is a strongly felt need in the ’50s and ’60s that American scientists need to know what Soviet scientists are doing. But they don't have enough people who read Russian.”

These projects were an important factor in English becoming overwhelmingly dominant. Non-American Western scientists didn’t need to learn Russian to read what the Soviets were doing. At no or little cost to their own governments and institutes, they could simply read the American English translations.

Around 1970, about 70% of world publication in science was written in English, and about 25% was written in Russian (all other languages combined made up about 5%). Today, more than 90% of the indexed articles in the natural sciences are published in English.

“You want to communicate with a broader audience, but you also want to allow people to express themselves in a language they feel comfortable in,” Gordin says. “Now we don’t have that compromise; we just have one language.”

History shows that this won’t necessarily always be the case.

“It would take a lot of shocks,” Gordin says, “but something like a global plague”—he takes a meaningful pause—“could do something, or radical climate effects, or a massive war could disrupt the system so much that it reorients around an alternative equilibrium,” displacing English as the dominant scientific language.

Even if things change, Gordin says, English will be the language of science for a long time.

If all native Anglophones were to vanish tomorrow, and if you wanted to learn any science, you would need to know English,  he says. “And that’s why Latin lasted so long after the Protestant Reformation: It was so important for the repository of knowledge that it had to be kept alive.”