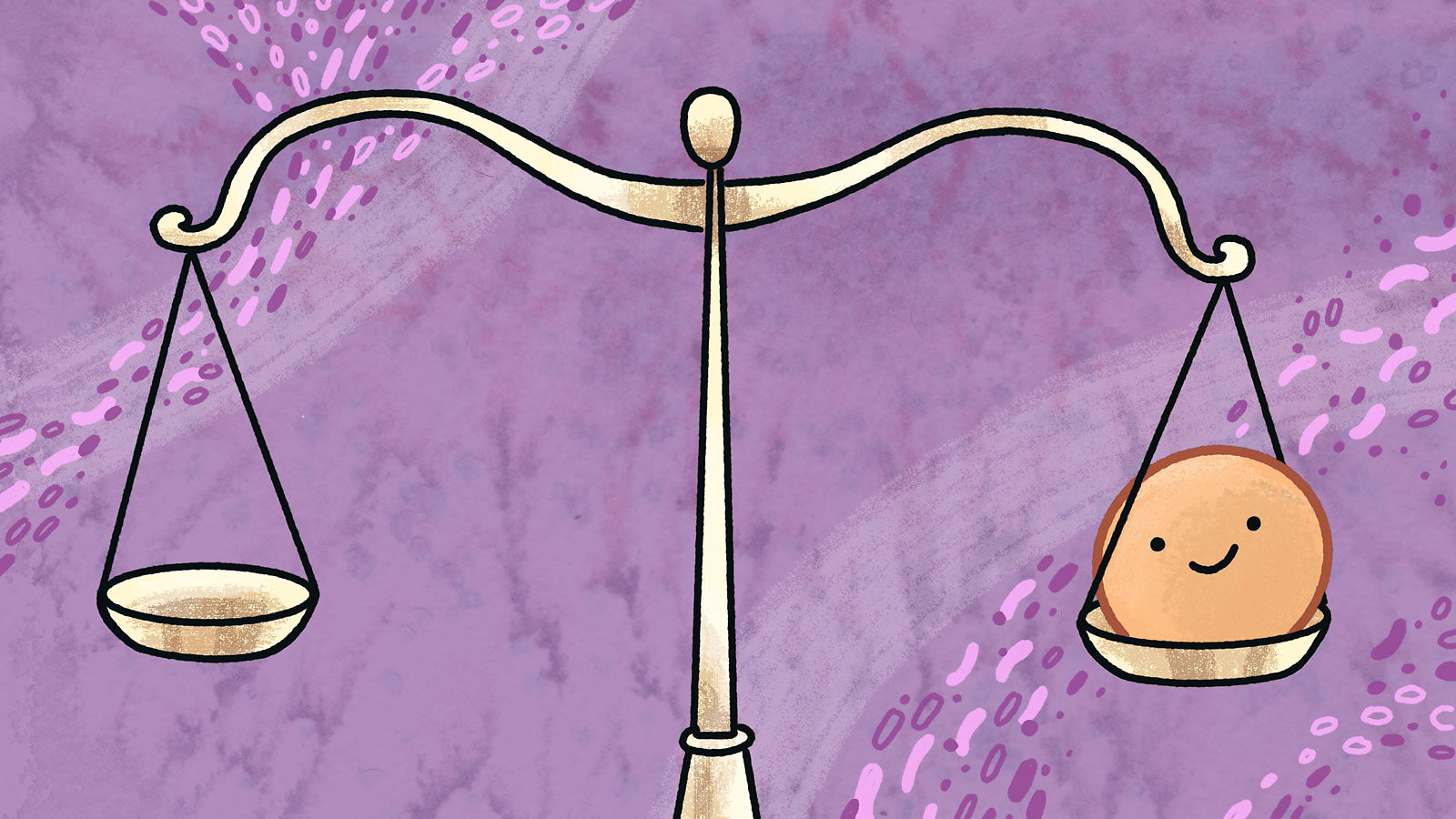 In 1998, researchers made a discovery that challenged their understanding of particle physics and vaulted an unassuming particle into the spotlight for decades to come.

The Standard Model, the theoretical framework that should explain ordinary matter and its interactions, predicted that particles called neutrinos had no mass. In experiments, neutrinos appeared to move at the speed of light, something only a massless particle can accomplish.

But then, physicists at the Super-Kamiokande Observatory in Japan collected the first evidence that neutrinos had a mass that was tiny but not zero.

“This was the first observed phenomenon that we didn’t know how to explain,” says André de Gouvêa, a theoretical physicist and professor at Northwestern University. “Our model failed. That means that there’s some ingredient missing.”

So now we know: Neutrinos aren’t massless, they’re just incredibly light—a million times lighter than the next lightest particle, the electron. Trillions of neutrinos pass harmlessly through your body each second, and in fact, rarely interact with any matter at all.

“Because they’re so weakly interacting, we don’t know as much about neutrinos as other Standard Model particles,” says Jessica Turner, a postdoc studying neutrino phenomenology at the US Department of Energy’s Fermi National Accelerator Laboratory. “We know that they’re there. We’ve got many experiments that detect their interactions, but we know relatively little about them.”

We do know some things. We know neutrinos come in three flavors. And they don’t stick to just one of those flavors; they oscillate from flavor to flavor as they move through space. This feat is only possible because they have non-zero mass.

But where does that mass come from?

Neutrinos are a type of fundamental particle known as a fermion. All other fermions, such as leptons and quarks, gain their mass through their interactions with the Higgs boson. But neutrinos don’t seem to follow that trend.

Physicists have proposed hundreds of theories for how neutrinos might get their mass, and everyone has their favorite. Maybe there’s another source of mass that we do not know about. Maybe the neutrino masses are the interplay of the Higgs boson and this new source of mass. For many, the thrill comes from trying to narrow it down.

“If we’re lucky, the question becomes: Which is the right answer?” says de Gouvêa. “What is the way that nature chooses to give neutrinos a mass? We still don’t know the answer to that.” 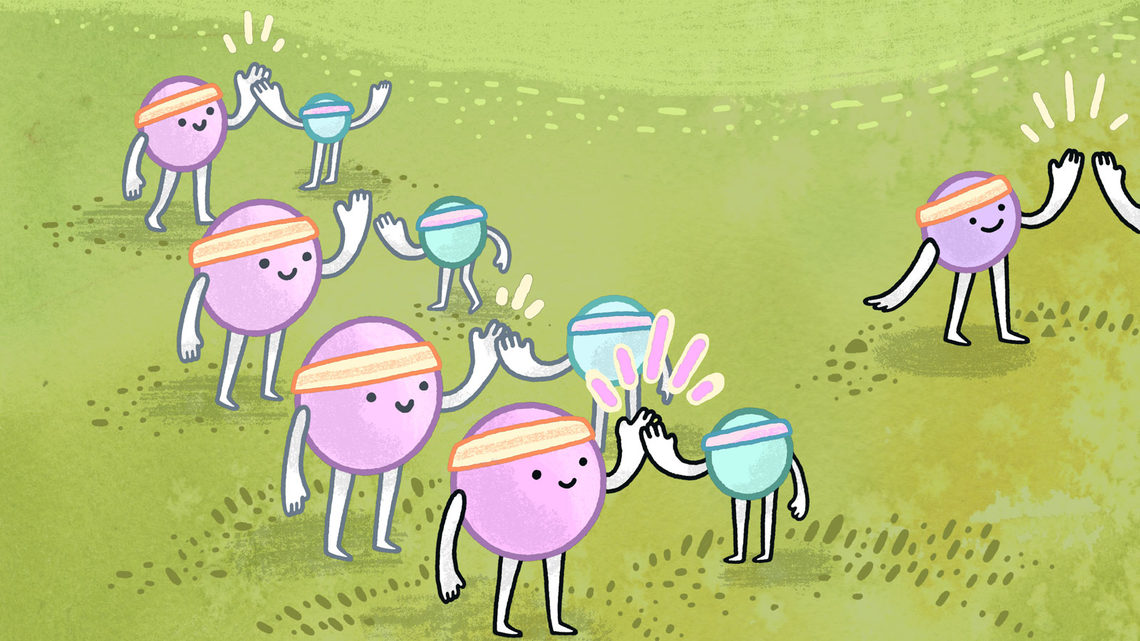 As we experimentally observe them now, neutrinos cannot interact with the Higgs field because they’re are missing something vital: They are not right-handed.

Particles can be left-handed or right-handed; these designations indicate the orientation of the particle’s spin in relation to the direction of its momentum.

You might call most particles ambidextrous; they come in both left- and right-handed varieties. When a particle interacts with the Higgs field, it switches its handedness from left to right or right to left. This switch needs to happen for the field to give the particle mass.

“Left-handed particles behave very differently from right-handed particles,” says Pedro Machado, a physicist at Fermilab. “So you need something to glue them together, which is the Higgs boson.”

But in the case of neutrinos, this is more complicated. That’s because, confoundingly, all neutrinos appear to be left-handed.

The apparent lack of right-handed neutrino forms the main mystery of neutrino masses. “We don’t know if this particle actually exists,” says Machado. And if they do exist, it could be that the right-handed neutrino is just so inert that it only interacts with the Higgs boson, making it especially difficult to detect. 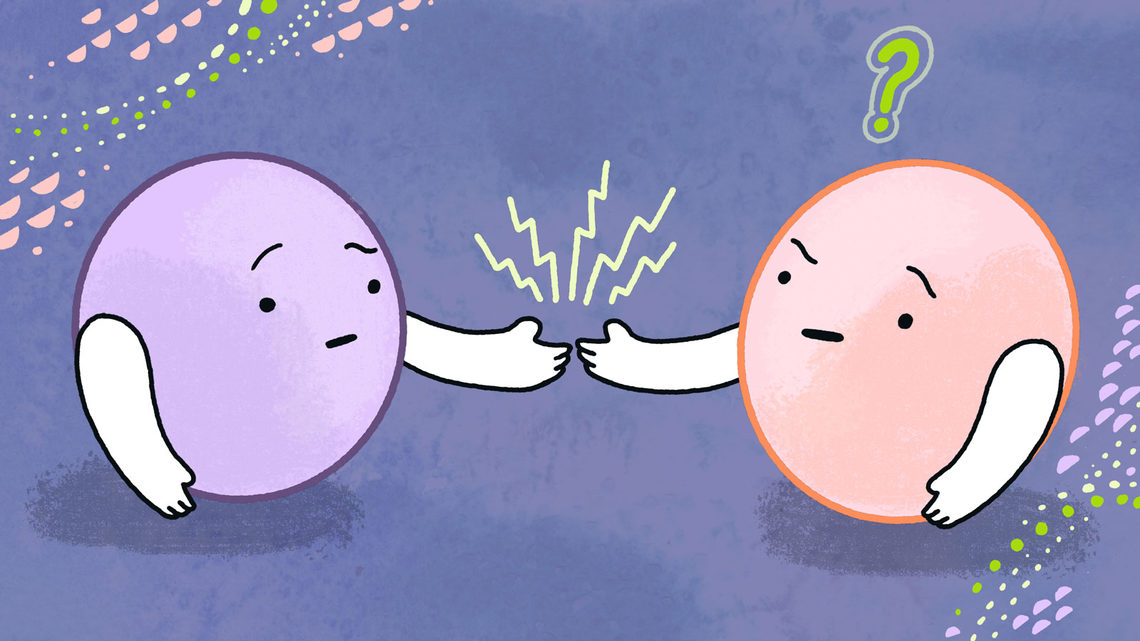 The neutrino as its own opposite

Although scientists have yet to detect right-handed neutrinos, they already know of a different group of right-handed particles in the neutrino ecosystem: antineutrinos. That brings us to the next theory: It’s possible that a neutrino is actually its own antiparticle.

Each fundamental particle has an antiparticle counterpart with some mirror attributes, such as opposite charge (for example, negatively charged electrons are paired in this way with positively charged positrons). The antiparticles get mass in the same way the associated particles do.

If the antineutrino and neutrino are simply right-handed and left-handed versions of the same particle, then they should be able to marry to get a mass. This would mean neutrinos are something called Majorana fermions, which can only occur when both the particle and antiparticle are identical.

In this scenario, the neutrino would get its mass through an interaction with its antineutrino. To make this work, theorists would need to invent something else, like a unique form of the Higgs boson especially to interact with neutrinos. 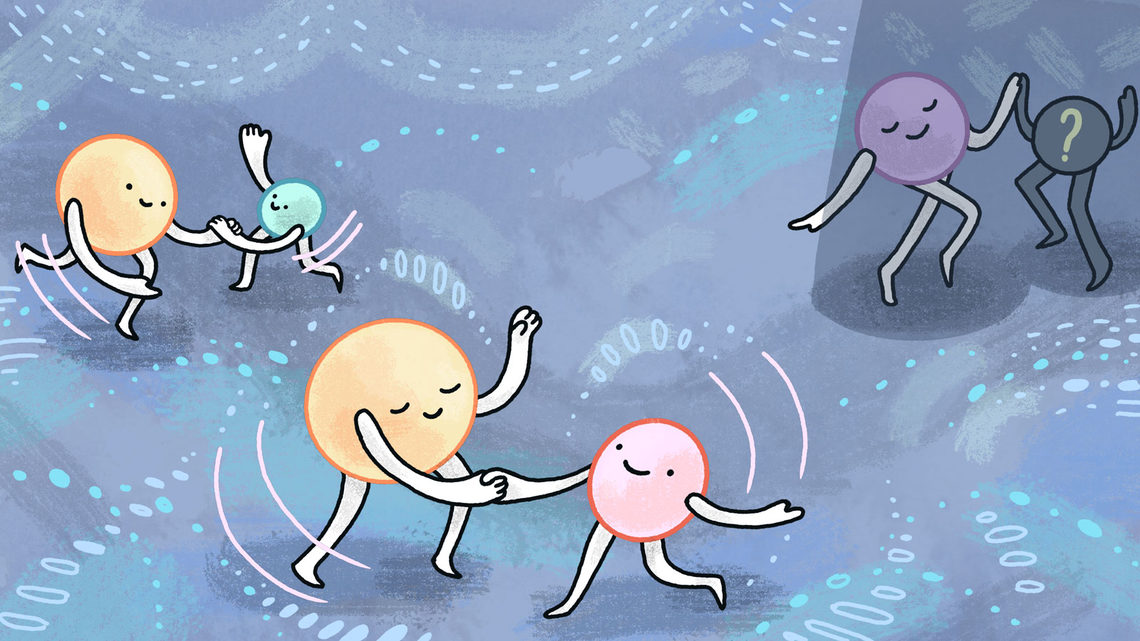 An alternative to the Higgs

The most popular theory proposes a completely new mass mechanism at play that is not within the Standard Model, one which introduces an entirely new particle.

According to de Gouvêa, this new entity could be a super-heavy particle, one that looks like a right-handed neutrino but with a mass of its own. It could be something that looks like a Higgs boson or a kind of electron-like particle. It could even be multiple particles whose collected effect gives neutrinos their mass.

One of the most popular forms of this theory is the Seesaw Mechanism, which accounts for the teeny-tiny size of the neutrino.

If there’s a heavy particle involved in the mechanism that creates neutrino mass, its heaviness might be what causes left-handed neutrinos to be so light.

Physicists are testing these theories in experiments, trying to rule out the ones that don’t work.

The first and most important question to answer is: Are neutrinos Majorana fermions? Experiments like GERDA (for GERmanium Detector Array) at Gran Sasso Underground Laboratory in Italy are trying to determine whether neutrinos are their own antiparticles by searching for a phenomenon called neutrinoless double beta decay.

In this process, a neutron inside an isotope, in this case a germanium isotope, decays and spits out an electron and neutrino. If two neutrons inside the same isotope decay at the same time, it’s called a double beta decay. Scientists are looking for neutrinoless double beta decay, in which the nucleus seems to emit only two electrons and no neutrinos because the neutrinos have paired (Majorana-style) and been annihilated.

“We haven’t seen it yet, but we’re not worried,” de Gouvêa says.

He predicts that physicists will have an answer, one way or the other, in around 10 years (though he admits that since it’s hard to prove a negative, neutrinoless double-beta decay might always seem just out of reach).

The fruits of this research wouldn’t end with neutrinos, Turner says. “If we understand them better we can connect with these other open questions in particle physics,” she says.

Questions like: Why is there more matter in the universe than antimatter? Why is the expansion of the universe accelerating? Where does dark matter come from?

“We’re in the process of getting as much information about neutrino masses as we can,” de Gouvêa says, “because it will help shape our understanding of particle physics in a way that’s qualitatively different than what we have now. That’s the hope.”