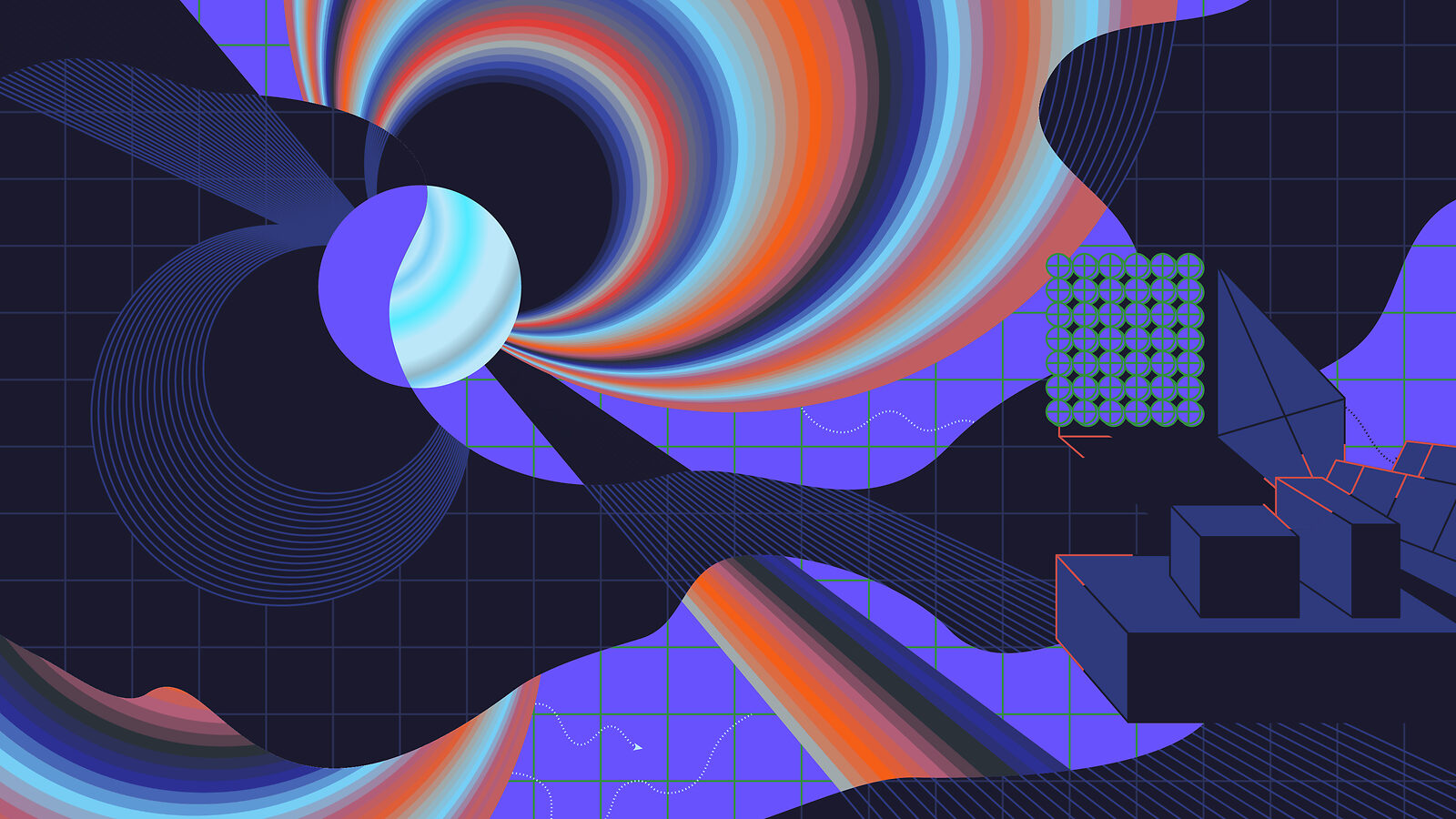 Neutron stars are arguably the strangest objects in the cosmos. Born from the deaths of massive stars, they combine strong gravity with temperatures and densities higher than anything we can make in the lab.

While we’ve known about neutron stars for the better part of a century, astrophysicists still aren’t entirely sure how large they are. That uncertainty is related to two other unanswered questions: What’s in the middle of neutron stars, and how massive can they grow?

We know they are comparatively tiny: Researchers estimate that a neutron star with a mass 1.4 times that of the sun will have a radius between 8 and 16 kilometers. The sun, by contrast, has a radius of about 696 thousand kilometers.

Even ordinary stars are too small to be anything other than points of light in our most powerful telescopes, so direct measurement of the size of neutron stars is a hopeless case.

However, astrophysicists are very good at indirect measurements. Current research combines multiple types of electromagnetic (light-based) observations with lab work and theoretical models. As a result, despite the relatively wide range of possible radius values (comparable to a person saying they are between 4 and 8 feet tall), every measurement and every reasonable theory of neutron star structure gives a size estimate within that range.

But can astrophysicists do better? They would say so, because they have help: The gravitational-wave observatories LIGO and Virgo, as well as the Neutron star Interior Composition Explorer (NICER), an X-ray observatory aboard the International Space Station dedicated to studying the structure of neutron stars.

“You're seeing this beautiful coming-together of gravitational-wave observations and electromagnetic observations, often with very different techniques,” says Anna Watts, a neutron-star astrophysicist at the University of Amsterdam who is involved with NICER. “It's a fun field to be involved with at the moment!”

A neutron-star state of mind

A study published earlier this year combined gravitational-wave observations of the colliding double-neutron-star system GW170817 (detected on August 17, 2017) with electromagnetic observations and nuclear physics. The study found the radius of a 1.4-solar-mass neutron star is between 10.4 and 11.9 kilometers, a substantial improvement over other estimates.

The electromagnetic emissions from GW170817 came from a “kilonova”: a burst of high-energy light produced from nuclear reactions when the neutron stars merged. Astronomers studied the kilonova with telescopes across the electromagnetic spectrum, from gamma rays to radio light. Each of these independent observations provided information on different aspects of GW170817.

“When you get two neutron stars merging, they eject a lot of matter before they merge, [which is] related to the type of object that you have after the collision,” says Stephanie M. Brown, who is an astrophysicist at The Max Planck Institute for Gravitational Physics in Potsdam. Based on the light emitted by the ejected matter, the gravitational-wave signature, and nuclear physics calculations, Brown and collaborators calculated a radius consistent with all the independent measurements.

So much data is required because neutron stars are complicated. According to our best understanding, when a massive star goes supernova, its core collapses under gravity, compressing matter until individual nuclei dissolve into a soup of nuclear particles—mostly neutrons, but possibly also protons or even individual quarks.

Neutron star interiors likely have two or more separate zones dictated by increasing densities and pressures deep inside, analogous to Earth’s plastic mantle and molten core. The mathematical description of this interior is called the “equation of state,” which connects mass to radius and determines the maximum mass of a neutron star.

Astrophysicists don’t know the complete equation of state, but it’s not a blank slate either. The size of neutron stars is governed entirely by gravity and nuclear forces, in contrast to ordinary stars like our sun, which change size a lot over their lifetimes. Neutron stars are perfectly spherical under normal conditions, or else they would emit detectable gravitational waves as they spun. However, during collisions like GW170817, strong mutual gravity pulls them out of shape. This is called tidal deformability, another property governed by the equation of state.

Although labs can’t recreate the high densities and pressures inside neutron stars, astrophysicists can extrapolate from lower-density nuclear experiments  that show how the relevant nuclear particles interact. Along with a powerful theoretical model, known as chiral effective field theory, these experimental results put boundaries around the possible equations of state.

“You get the gravitational-wave form from a binary neutron star, then you use Bayesian parameter estimation in order to get your radius, your mass, your spins, [and] the tidal deformability,” says Brown.

The result: the most precise estimate yet obtained for neutron star radius given its mass.

Conclusions based on one system aren’t enough in science, but so far nature hasn’t provided another neutron star collision with both gravitational wave and kilonova signals.

Thankfully, NICER doesn’t require neutron stars to collide or even be in a binary system. This observatory measures X-ray fluctuations and spectra from neutron-star systems, including the rapidly spinning examples known as pulsars, which produce tight beams of light that appear as regular flashes to telescopes.

These flashes can be produced by material falling onto a neutron star, which potentially provides information about radius. They also occur in binary systems far from collision, such as the Hulse-Taylor binary pulsar that first demonstrated the existence of gravitational waves.

NICER’s results for GW170817 don’t quite match the conclusions of Brown’s group. It’s not a huge problem, based on uncertainties in the NICER data, but both Brown and Watts think it bears watching.

“It would be nice if NICER's results agreed with ours,” Brown says. She compares the potential conflict to the different measurements of the expansion rate of the universe that currently plague cosmology.

Meanwhile, Watts suspects the discrepancy may lie with the kilonova observations. Not that they’re wrong, but there might be unknown systematics: the tricky problem of understanding instrumental or modeling biases that may impact the result in analyzing raw data to extract a measurement from complicated systems.

“You have to be very careful that what you're inferring is not what you put in there in the first place,” she says. “Ultimately if you want to put all these different measurements together, you have to understand the properties of the equation of state and what happens to it when you start to compare it to data.”

It’s early days for NICER; both Watts and Brown will stay on the lookout for new results.

Interestingly, a gravitational wave system announced in June 2020 could either complicate or clarify things: GW190814 involved a black hole merging with an unknown 2.6-solar-mass object. Something of that mass is too lightweight to be a black hole, and kilonova observations seem to indicate neutron stars don’t grow that large. However, according to Watts, current NICER results allow 2.6-solar-mass neutron stars, which would make GW190814 a non-issue.

However things come out, astrophysicists have made huge strides in measuring very tiny objects, thanks to their multimessenger and interdisciplinary approach. With more NICER and gravitational-wave measurements, the mystery of how large neutron stars actually are—and what they’re made of—could finally be solved.

Editor's note: This article previously gave the sun's radius in miles; it has been corrected to the right measurement in kilometers.